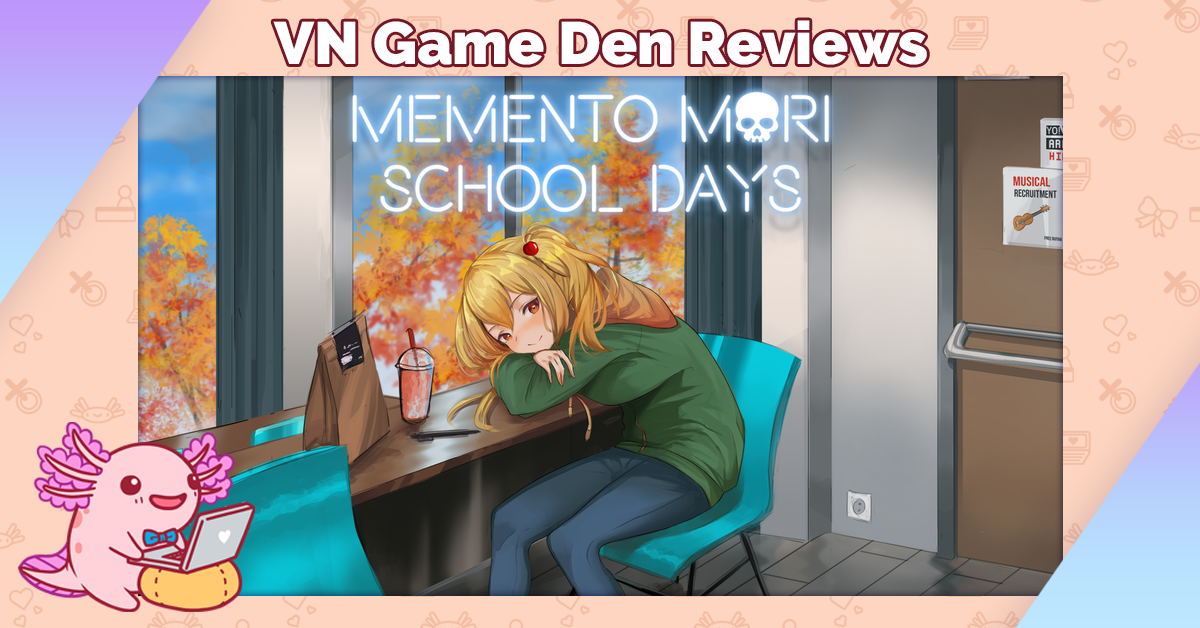 Play as Rami as he travels back in time to solve a murder in this horror visual novel on Kickstarter by Memento Muerto Games.

Memento Mori: School Days is a horror visual novel in development by Memento Muerto Games. Follow Rami through a cryptic adventure to recall the past and solve a murder. The game is currently on Kickstarter until May 8th. 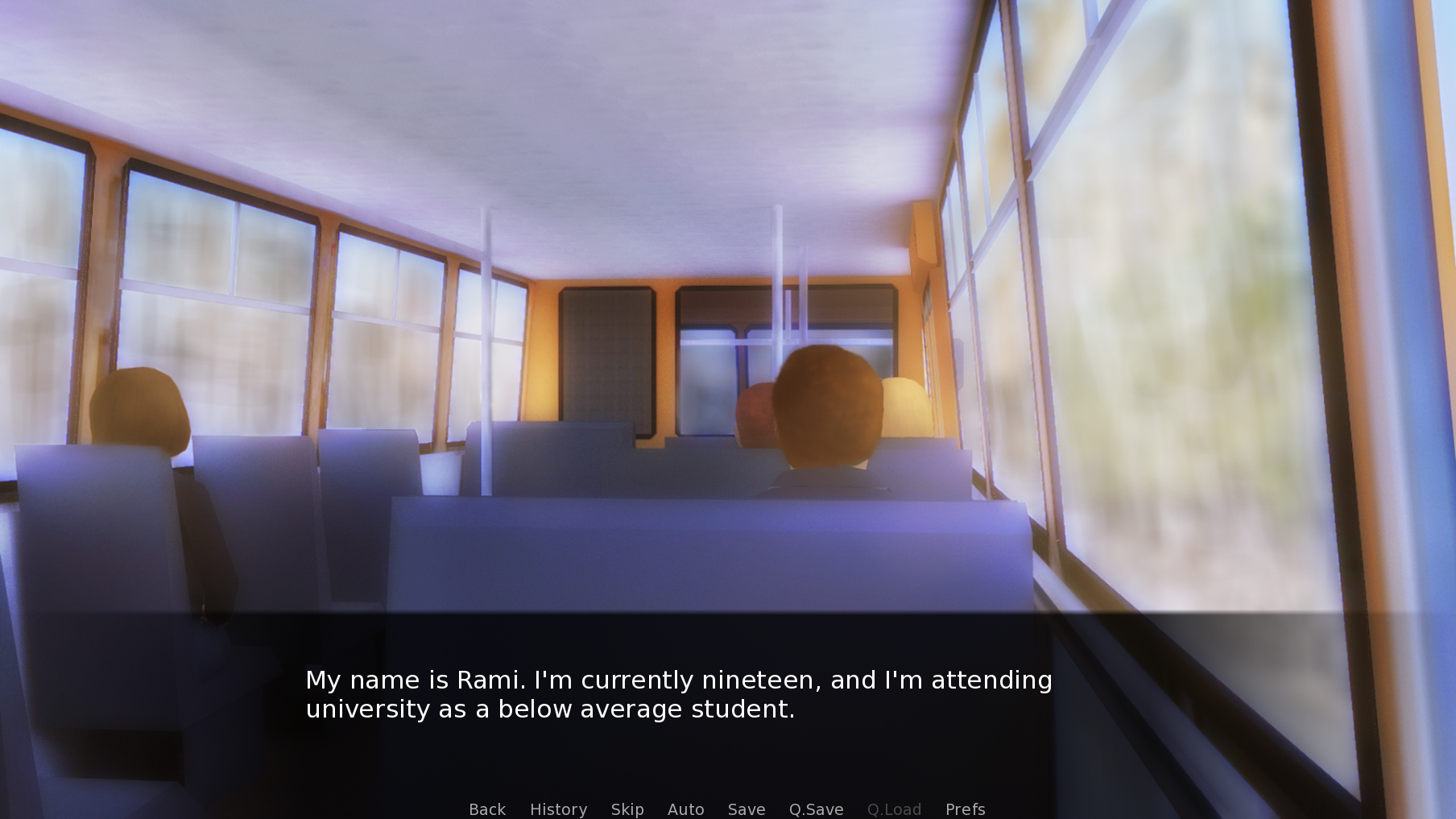 Memento Mori: School Days starts with an ominous voice telling the player that they’re going to return to life in order to solve the mystery of their death. The stranger explains to the player that they need to go back in time and change the events that led up to this tragedy, as the protagonist was not able to make the right decisions the first time around. This is a fascinating premise, considering a lot of visual novel players save and load to change their decisions—except this time, the choices were already made before the game even starts and you have no idea what they were.

With an intriguing storyline set up, the player delves into the protagonist Rami’s past. Twenty years, to be exact. Rami is once again nineteen years old and has to not only navigate a past he can barely seem to remember, but solve a mystery he doesn’t know many of the specifics about. 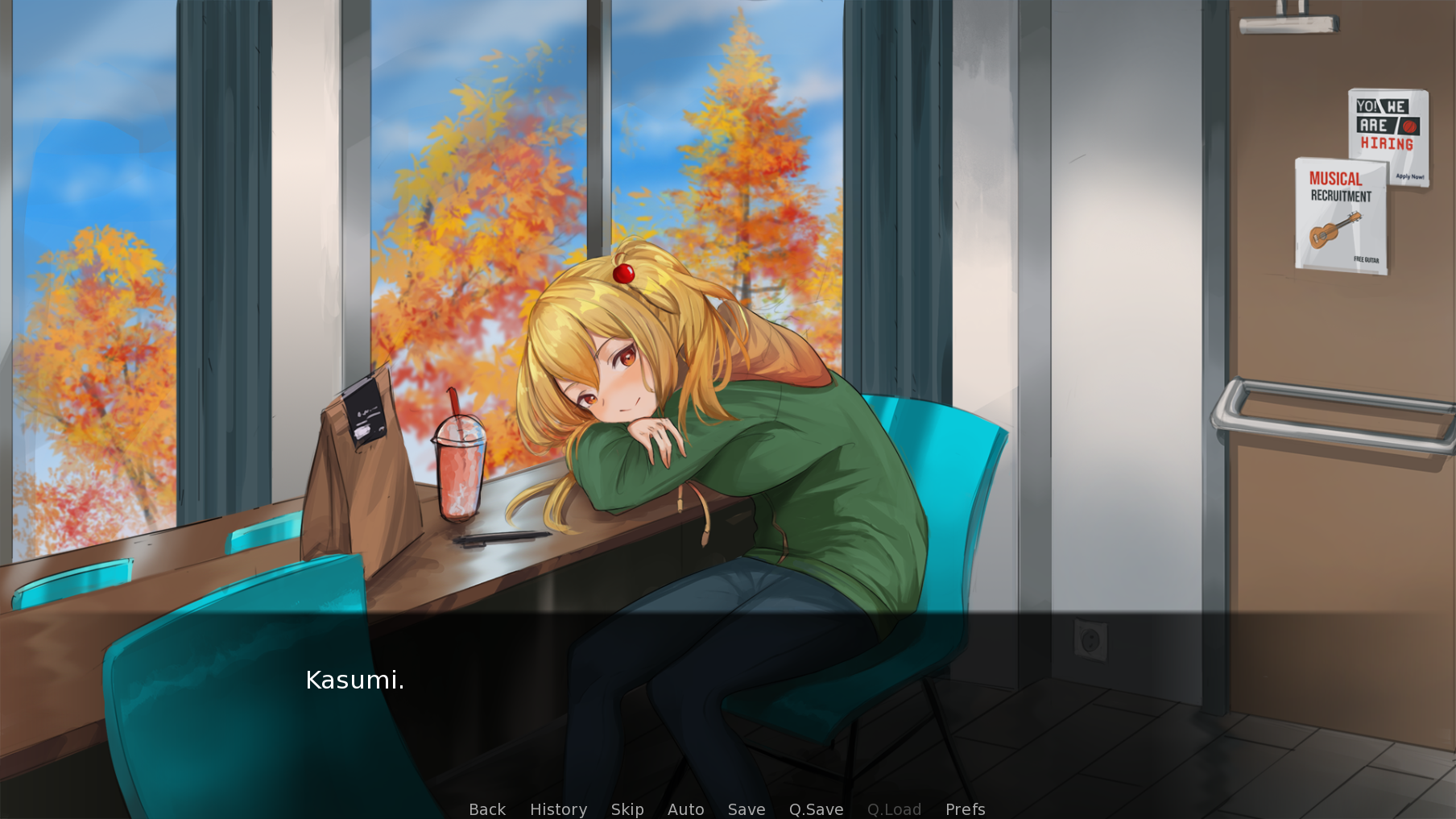 When Rami interacts with certain characters, the memory of their past comes flooding back. Interestingly enough, this isn’t the case with all of Rami’s friends. This sets up an even bigger mystery that works to keep the player hanging on.

There are more questions than answers given, which can leave the player feeling a bit overwhelmed. Almost nothing is addressed early on, and Rami is almost too accepting of his situation. However, it’s important to remember that this is a work-in-progress demo and these early discrepancies can be fixed in the full version.

I’m interested to see how the mystery and the strange circumstances revolving around Rami’s newfound journey unfold in the full version of the game. 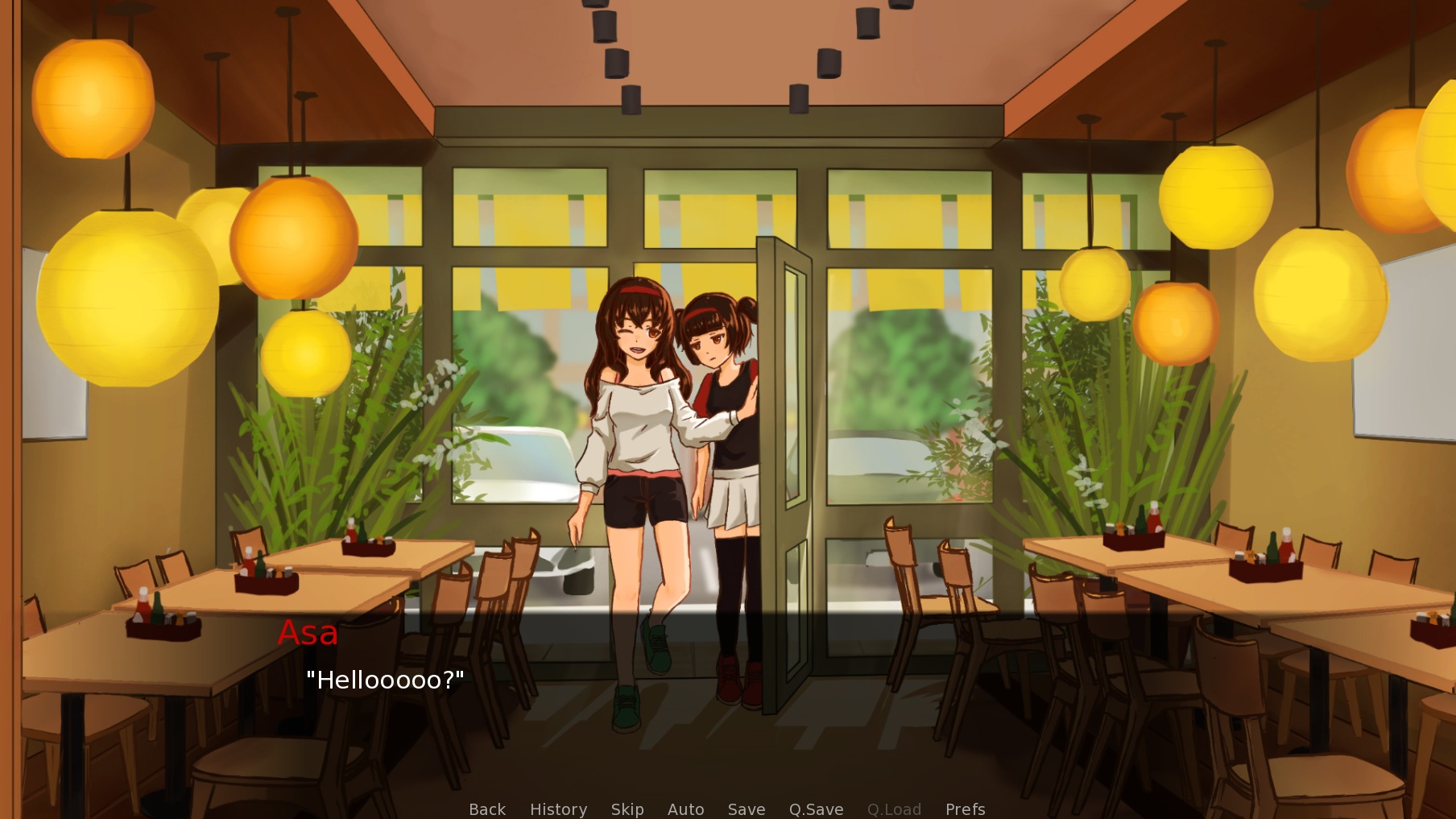 Memento Mori: School Days has an eye-catching art style. The sprites are well done and each has a unique character design. There are several CGs which add a feeling of immersion to the game. When two girls walk into the cafe, you see them standing at the front door as opposed to seeing two sprites clutter the doorway. When Rami is on the bus, the background is filled with silhouettes so that the world doesn’t feel so empty.

I love the placement of the music in the game. Some moments have eerie music playing that helps create suspenseful scenes. Other moments have music that is atmospheric and allows the player to forget the situation they find themselves in the middle of. But perhaps what’s the most striking is the silence during certain scenes, which I think helps build the tension. 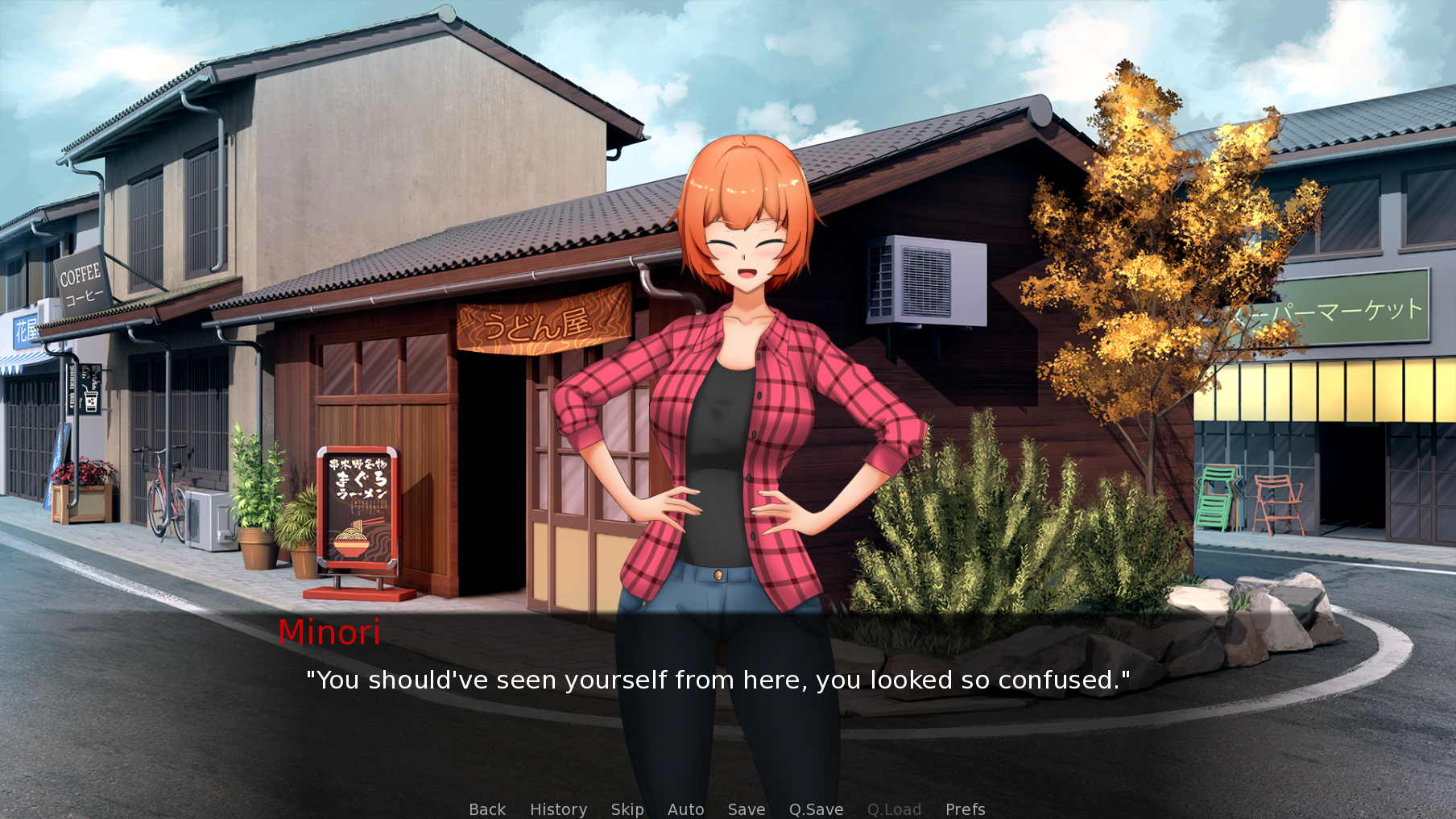 Memento Mori: School Days is not perfect, but it has a lot of potential. I’m interested to see what the creator has in store for the full version of the game.

You can back the game on Kickstarter and download the demo on itch.io.