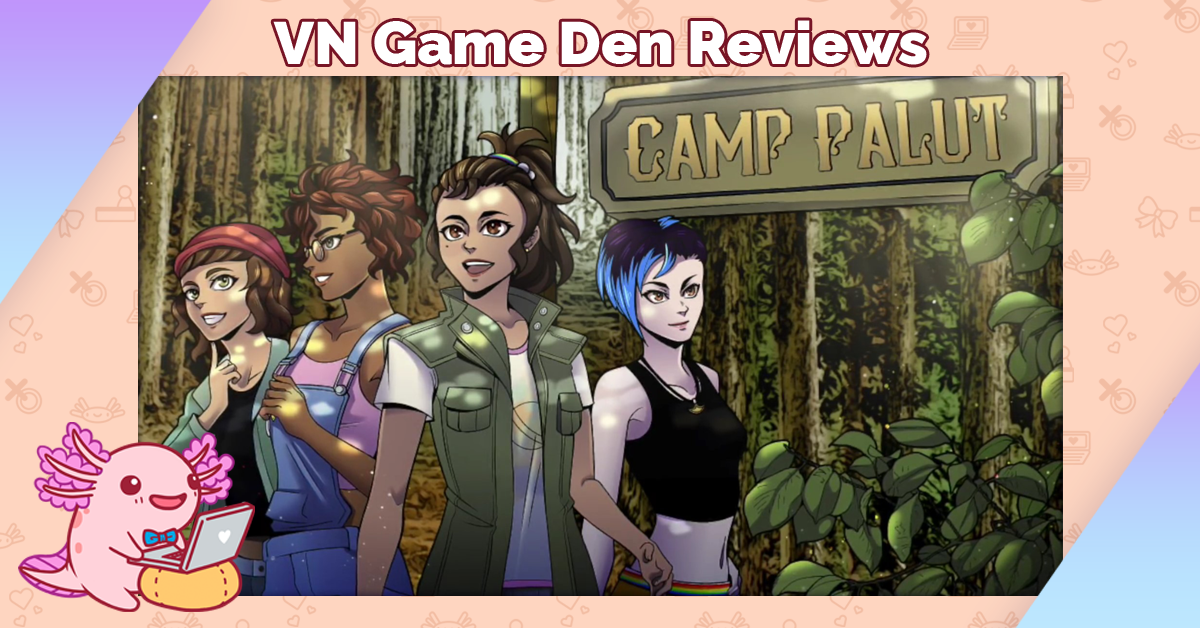 Visit Camp Palut and enjoy a summer of bonding, supernatural mystery, and romance in this sapphic visual novel in development by Bearly Playing Games.

Camp Palut is a thrilling and mysterious sapphic romance visual novel in development by Bearly Playing Games. It is currently on Kickstarter until May 12th. 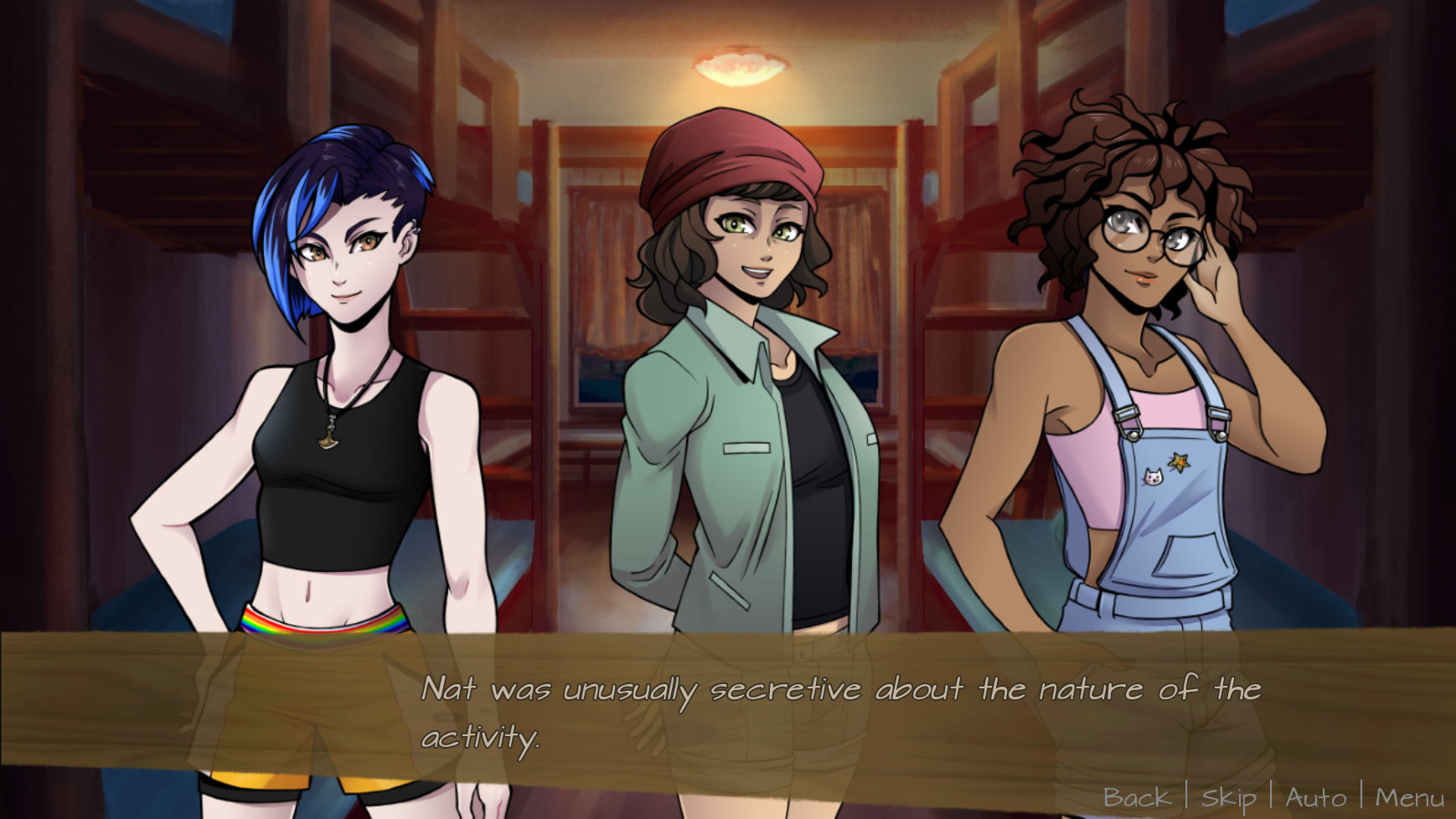 Take control of Jess, an athletic teenage girl whose parents sign her up for an all-girls summer camp. Her trip to Camp Palut may seem like an ordinary summer activity, but the developers promise it is nothing of the sort. Things are not as they seem at Camp Palut, and Jess will have to figure out what is truly happening, all while romancing one of four of her cute campmates!

The demo encompasses the first few days of the camp season. You meet the people who you’ll be spending the rest of the summer with, get to spend some time with the character of your choice, and find out more about camp traditions.

The game is set up in a way that you get to spend some time doing an activity of your choosing: hiking, swimming, or archery. This is achieved by providing the player with a clickable map where they can see which activity each love interest is doing that day. It’s a nice addition that allows players to pursue who they want without having to make choices blindly.

The dialogue choices were pretty straightforward. I was able to get the “correct” choice that would further my relationship rather easily. They give enough information about themselves that gauging their reactions isn’t too difficult a task. 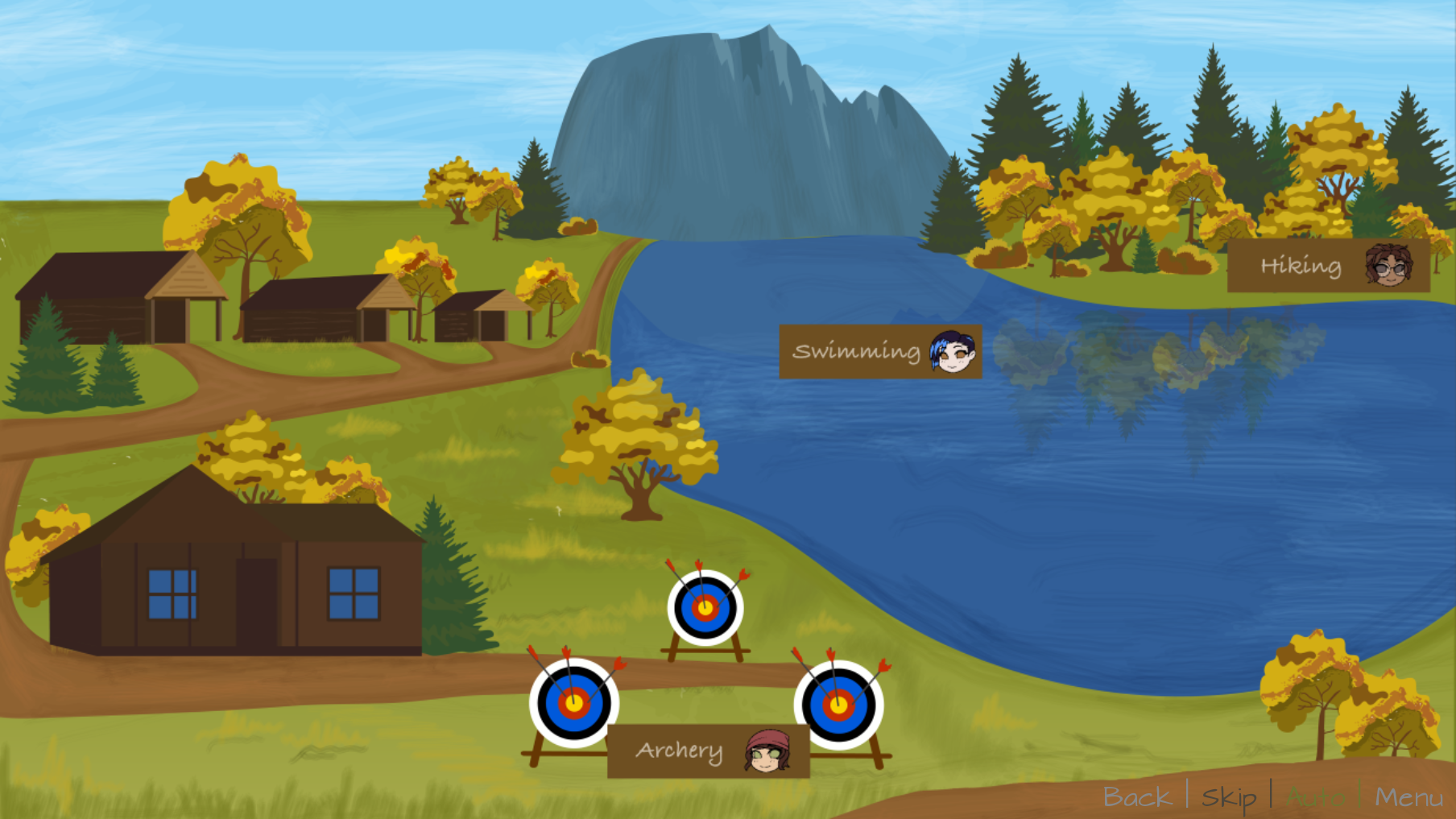 The characters, even side characters, in Camp Palut are all well-written and unique. Their personalities really shine through in both their dialogue and design! I did feel like some of the moments I spent with the characters individually went by rather quickly. The main cast is so lovely that I’d like to see more time spent with them in each activity.

The development team markets the game as a mystery, though unfortunately, we don’t get a taste of it in the demo. I’m really interested in seeing how solving the mystery ties into the other aspects of the game.

The game has an original soundtrack, and what I’ve heard in the demo is really good. I love the summery wilderness vibes that the background music conveys. Everything feels light and airy, but I wonder how this music will shift during the darker scenes in the full version.

Camp Palut excels in the art department. Aside from having a custom GUI and backgrounds that match the theme of the plot, there are also additional assets, such as a camp map, sprites for side characters, and tons of CGs—all of which are done very nicely. 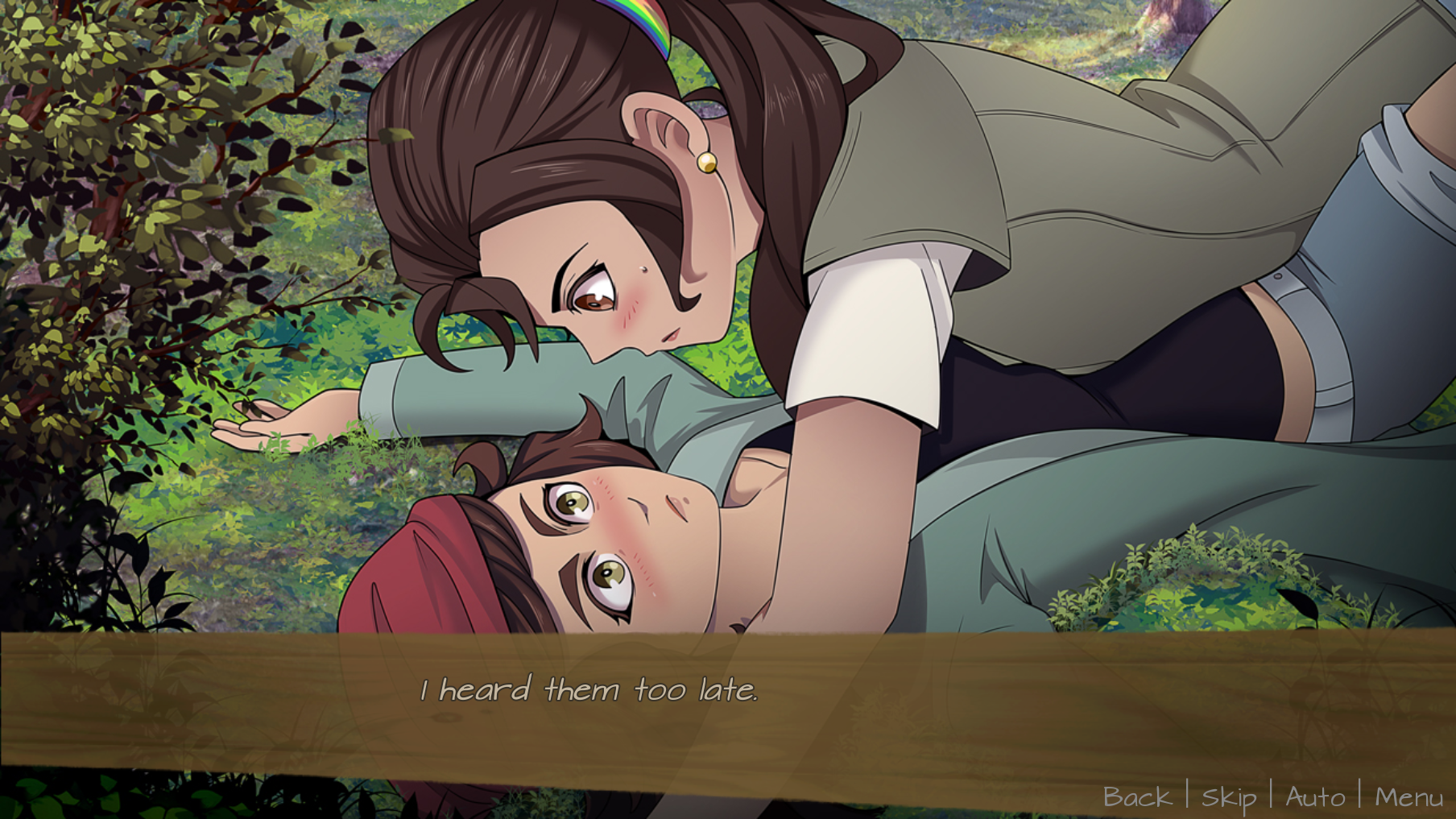 Camp Palut is a well-written game that focuses heavily on the growing bonds between Jess and her love interest of choice. Each character is diverse, full of life, and most of all, relatable.

If you’d like to check out the demo of Camp Palut yourself, it is on itch.io. You can also back the game on Kickstarter.