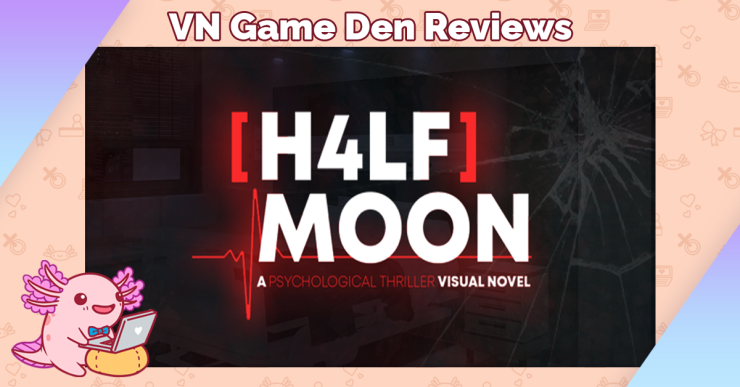 When gruesome dreams become Moon’s reality, it’s up to you to decide his fate in this psychological thriller developed by Team Dangya for Novejam 2021.

Half Moon is a short psychological thriller and suspense game developed by Team Dangya for Novejam 2021. Follow the story of four teens—Moon, Jun, Dan, and Lee—as they navigate a particularly gruesome night. What happens when one of Moon’s fatal dreams becomes his reality?

Disclaimer: The Half Moon game page warns about bloody imagery and content that may not be suitable for children. We will not be including anything graphic in our review. 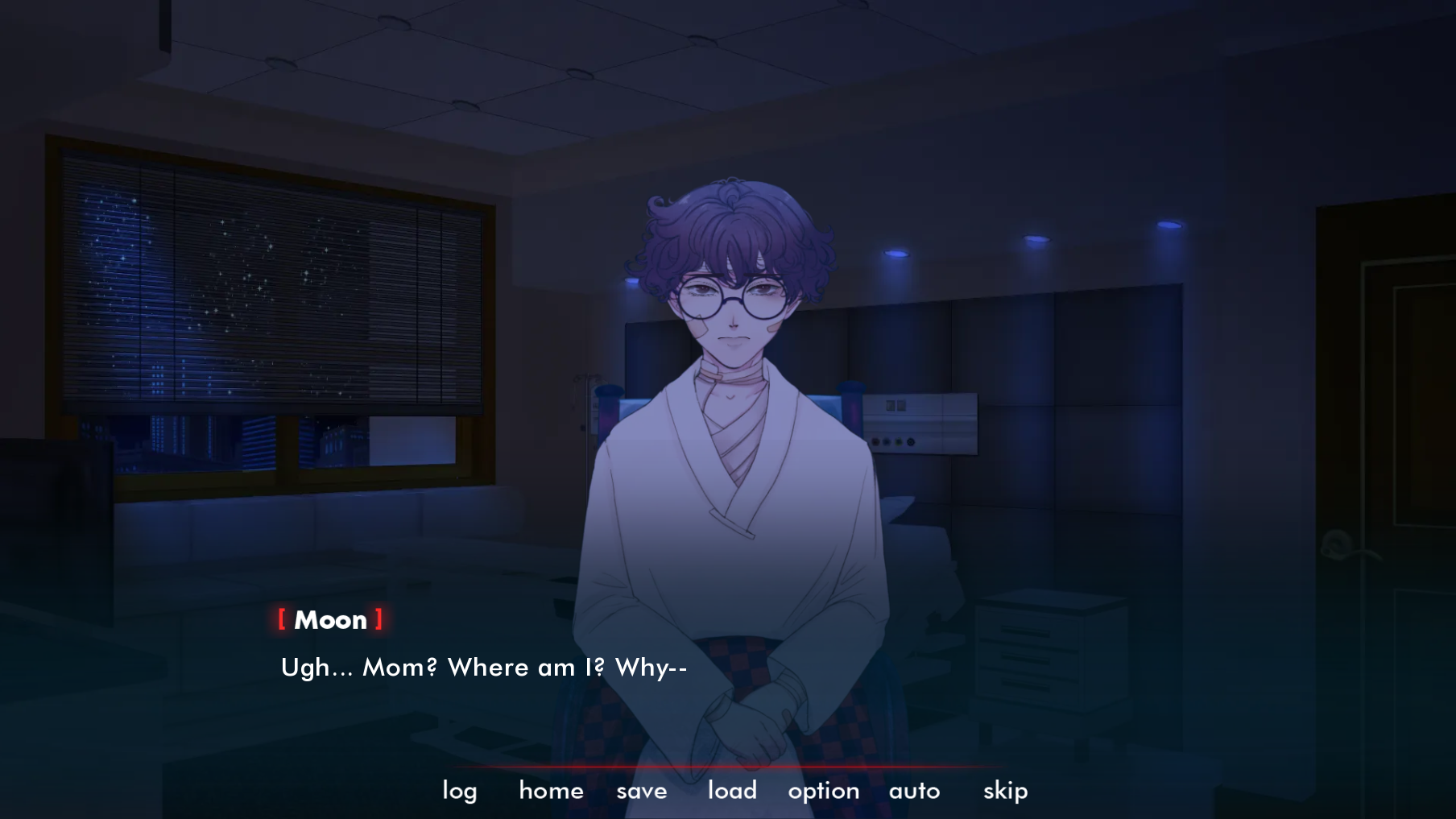 Half Moon is a short game, lasting a little under an hour depending on which of the few endings you get. The story starts with a harrowing scene—the main character, Moon, finds himself propped up in a hospital bed. We find out that his parents cannot afford to pay his medical bills and a huge burden has been placed on their shoulders. Moon feels terrible about what has happened, but even more, he is fueled by his anger towards the three teenage boys who had put him there.

It’s unclear at first what put Moon into the hospital, though it is revealed as the story progresses. Half Moon excels in the way it chooses to reveal information. There are point of view shifts that change from Moon in the hospital to the teenage bullies, so players get both sides of the story.

I like the initial idea of changing points of view, especially in a psychological thriller, as it paints a particularly suspenseful picture. However, the writer assumes that we already know about Lee, his motivations, and the importance of his social status in the society he lives in. These things are meant to propel the conflict forward, but it’s impossible at times to follow when the reader isn’t given enough information. Lee and his pack of followers feel like one-dimensional bullies, even when Dan and Jun seem to grow a conscience and fight against their fearless leader. 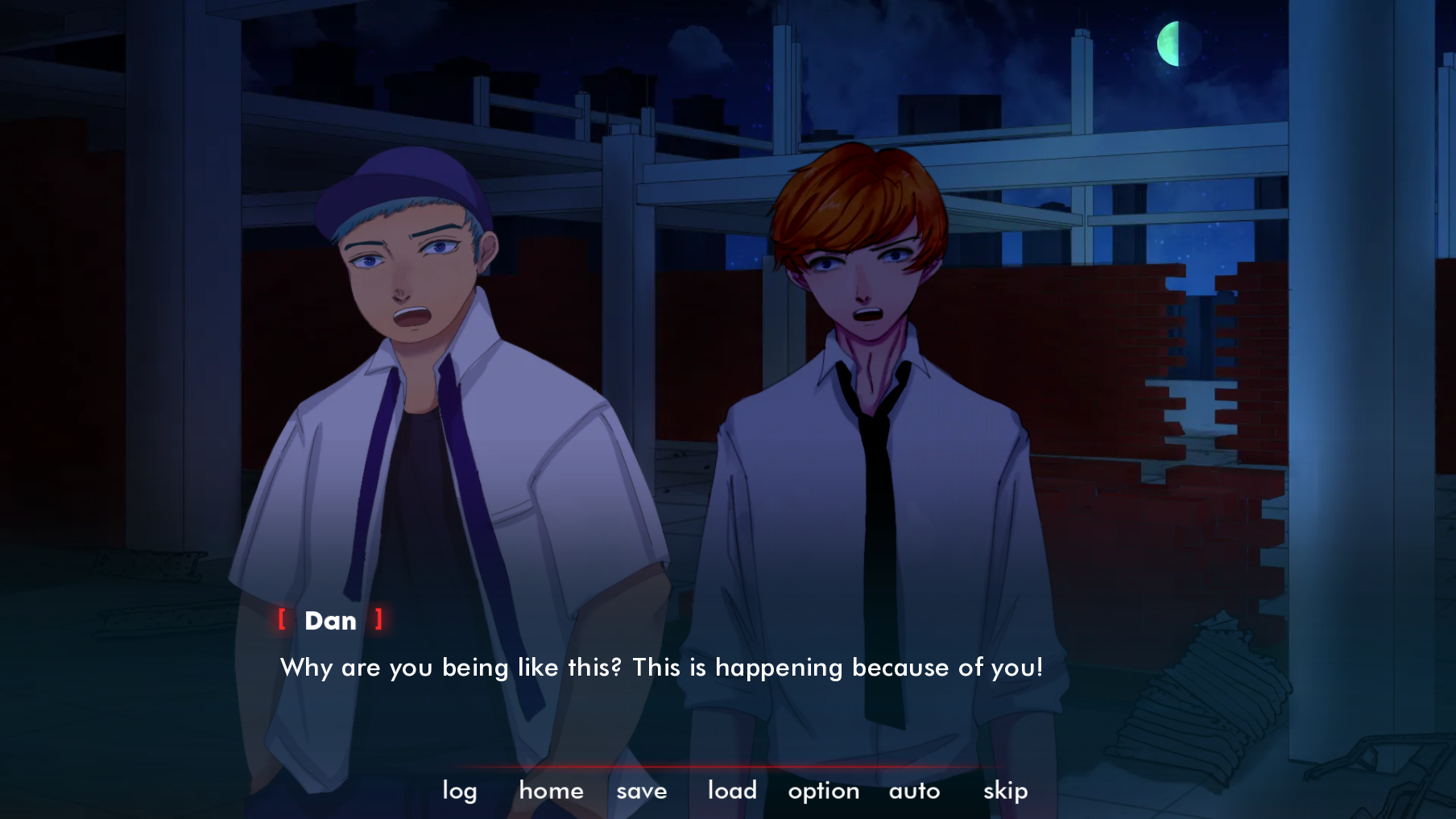 The narrative falls flat, and I think it’s because of the jam development time. With a short script and a large narrative scope, not nearly enough is explored. Things feel rushed, which is a shame, because I do think that Team Dangya has a really unique and compelling concept here.

Furthermore, there are quite a few grammatical and script mistakes, even going so far as to refer to characters by names that aren’t their own. It can get really confusing, and I had to slow down to decipher what I was reading. Normally this wouldn’t be a deal breaker for me, but I was distracted quite a bit throughout.

That’s not to say that Half Moon has nothing going for it. The graphics, particularly the user interface, are incredibly gorgeous. The aesthetic is sleek and modern, yet gives an uneasy feeling when you glance upon it. The music and sound effects tie the entire experience together to create something that will have you looking over your shoulder as you play. 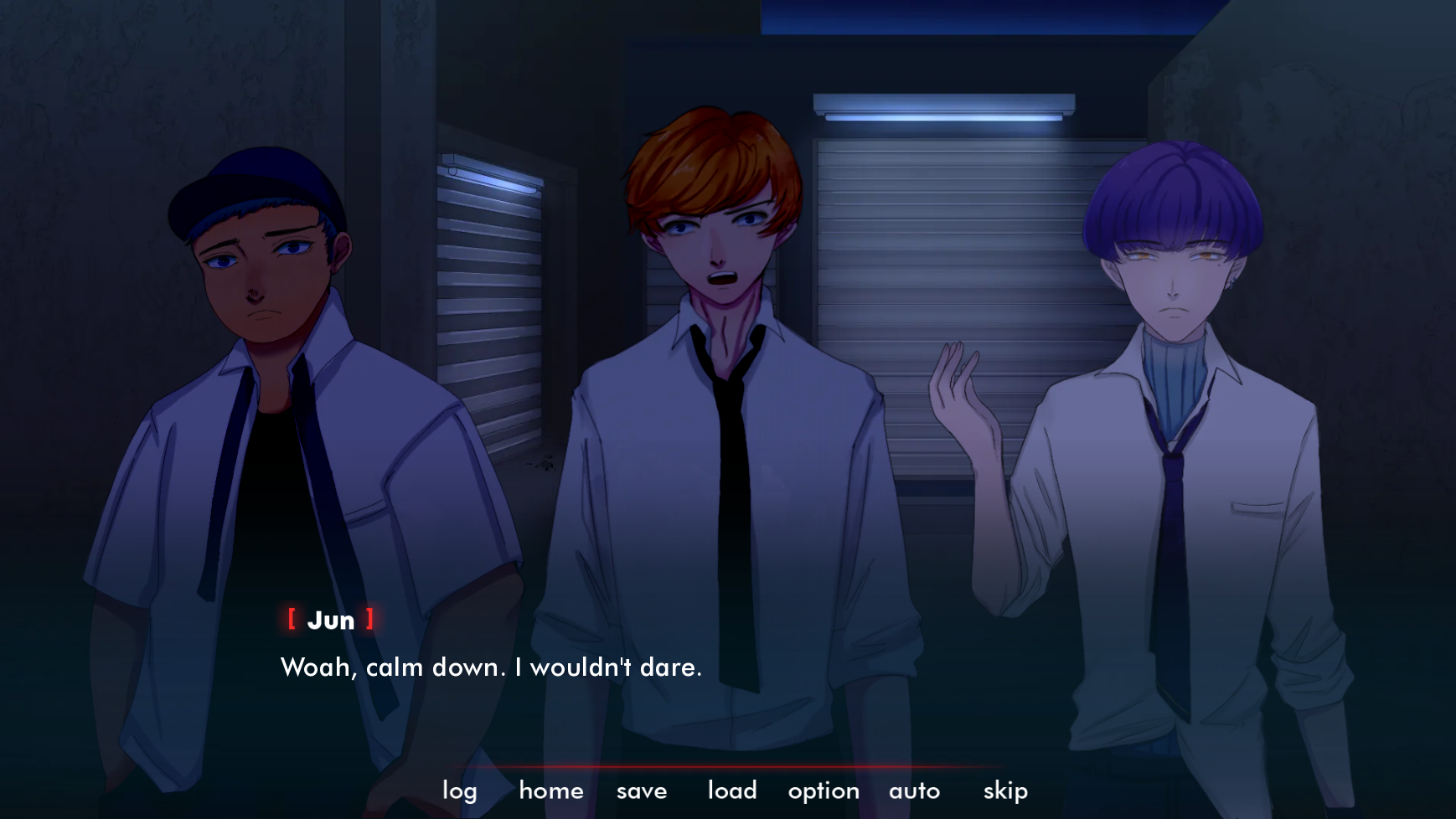 The game excels in the visual and audio department, but unfortunately the story misses its mark, leaving a unique idea buried behind assumed knowledge, cliche tropes, and poor writing structure.

You can download Half Moon to play for yourself on itch.io!