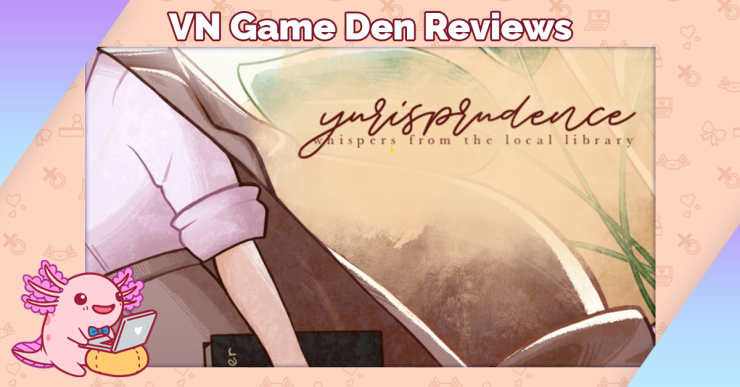 Review: yurisprudence: whispers from the library

Explore the mind of a law student in this short, free visual novel that was released for the 2021 Yuri Jam!

yurisprudence: whispers from the local library is an entry to Yuri Game Jam 2021. It was developed by mlkrn and cygni.

When Justine finds a strange law book in her university’s library, she stumbles upon a note from a stranger. Her decision to write back turns into a long correspondence that stretches throughout the remainder of her time at the university. 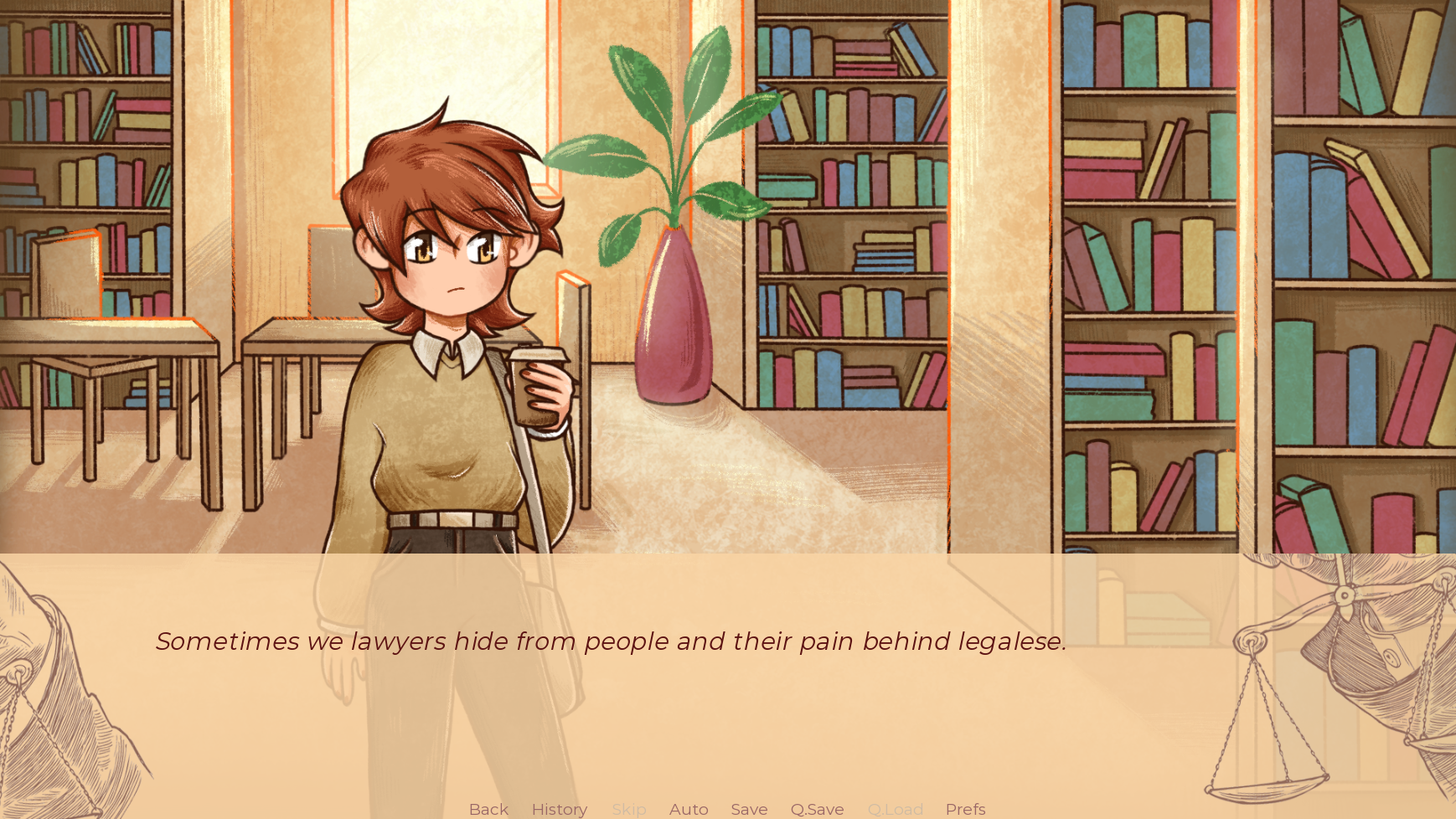 First and foremost, yurisprudence is a love letter to law and human morality. If you’re looking for an intense and passionate love story with dates galore and heart-thumping moments, this is not the visual novel for you. However, yurisprudence is still a yuri visual novel at heart, presenting a female protagonist who begins to develop feelings for another woman. You just won’t see these feelings acted out in a more tangible way for the characters.

yurisprudence is handled like an epistolary narrative. Justine finds a book in her university’s library and decides to rummage through the pages. She stops when she finds a note arguing a point she disagrees with. This starts the correspondence between the two women. But the notes they leave to each other aren’t love letters—not to each other, anyway. These letters express their love, frustrations, and obligations to the law, that is shaped by who they are and what they have been conditioned to believe in.

The developers put a lot of thought into the content of these letters, including legal jargon, references to actual cases, and famous quotes. The narrative is one that only someone so closely familiar with law school could produce to the quality of what we see in yurisprudence. 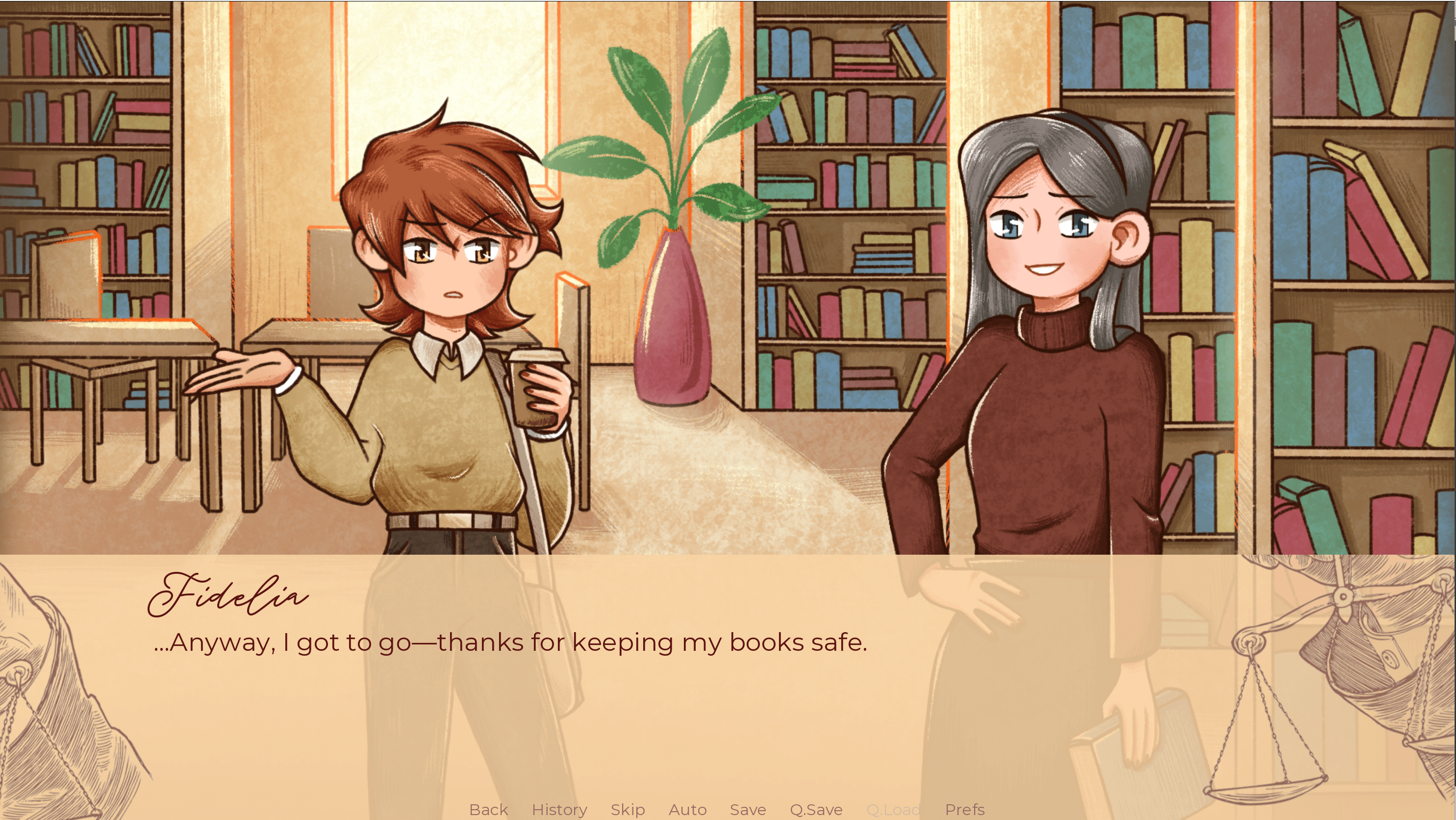 The music is by far one of my favorite parts of the game. It’s subdued (because most of the story takes place in a library) but has a beautiful tune to it that never gets old as you read through the girls’ letters to each other. The art style is complimentary, creating a well-rounded and cozy feeling.

My warning to players is that, while the game gives off a warm feeling with its music and visuals, the narrative is not to be taken lightly. This game will require a bit more focus (at least it did for me) than most casual games, but the developers did an amazing job of keeping the content beginner-friendly and not at all hard to follow. With my limited knowledge of law, even I was left questioning things about myself at the end of the game. My heart actually hurt because, though I’m not a law student myself, I felt very close emotions to my own college studies.

I would like to remind players that this game was created for a jam where the developers only had two months to complete it. What we get is something very polished, albeit a bit short. There is only one choice in the 8,000-word visual novel, but it’s very poignant and feels well-placed. Just be sure to pay attention to what Justine has been telling you all along before you make your decision. 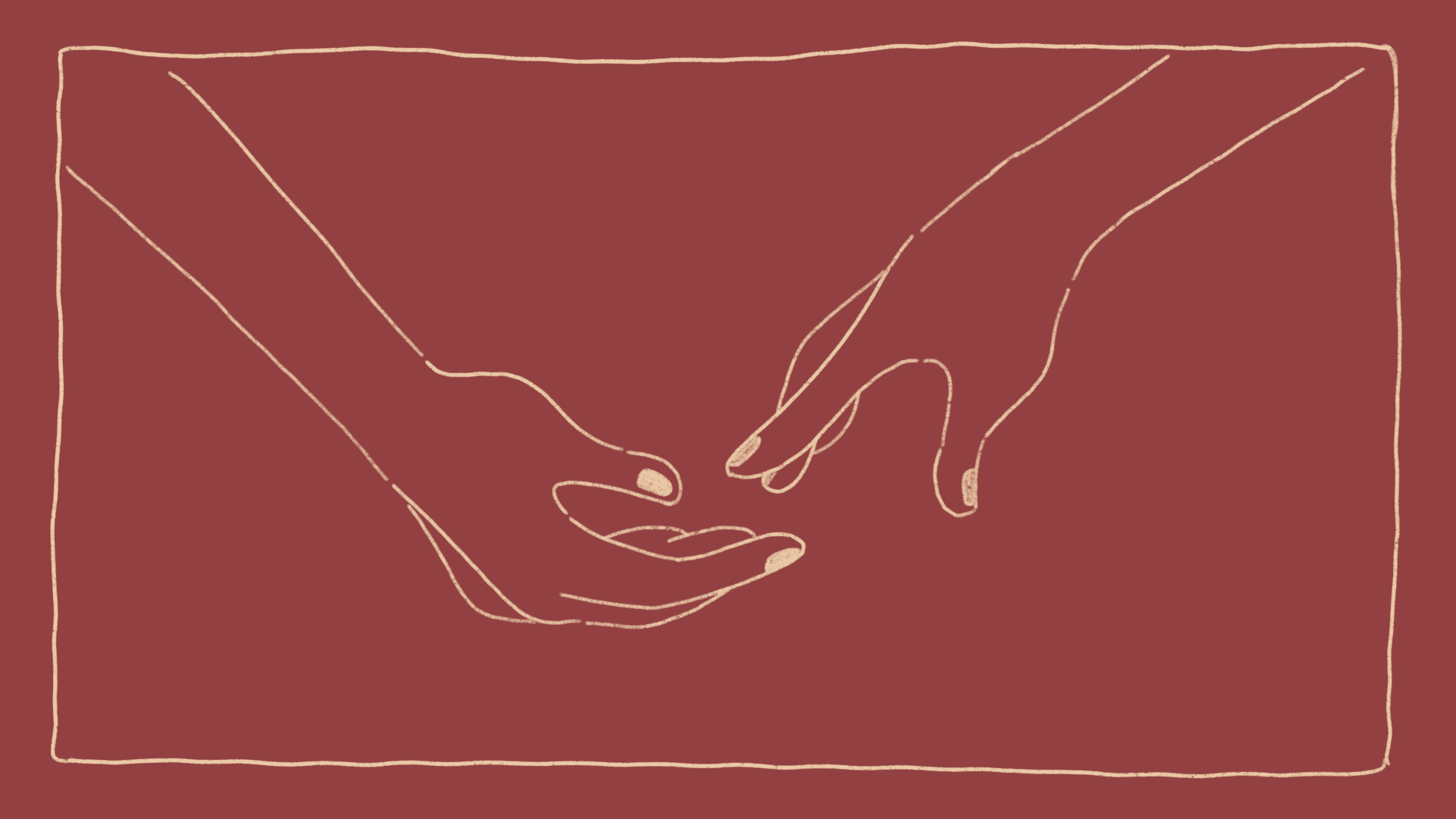 yurisprudence: whispers from the local library is a thought-provoking and worthwhile experience that should be played by everyone, not just fans of yuri content. I encourage people to play through all the endings to get the most complete experience!

You can get the game for free on itch.io.