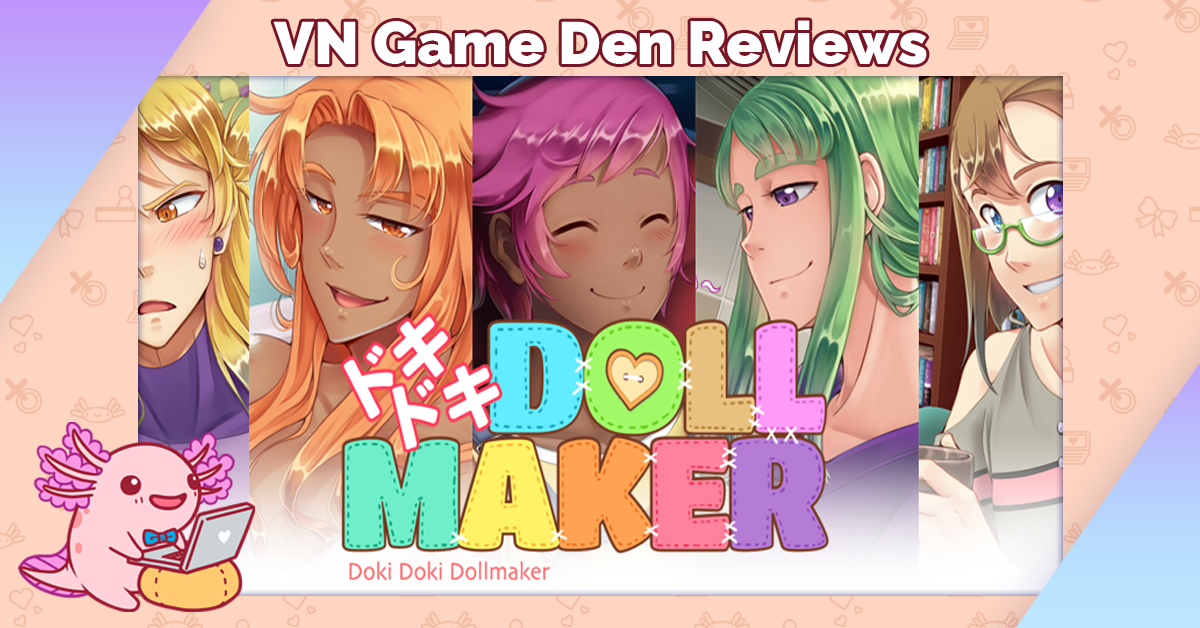 Play as Lyle, a high school student who relies on the comfort of his handmade dolls after the loss of his parents shakes up his world in this boys’ love visual novel in development.

Doki Doki Dollmaker is a feel-good boys’ love game in development by Karitsa. Play as Lyle, a high school student who relies on the comfort of his handmade dolls after the loss of his parents shakes up his world.

A review of this demo was requested by the developer. 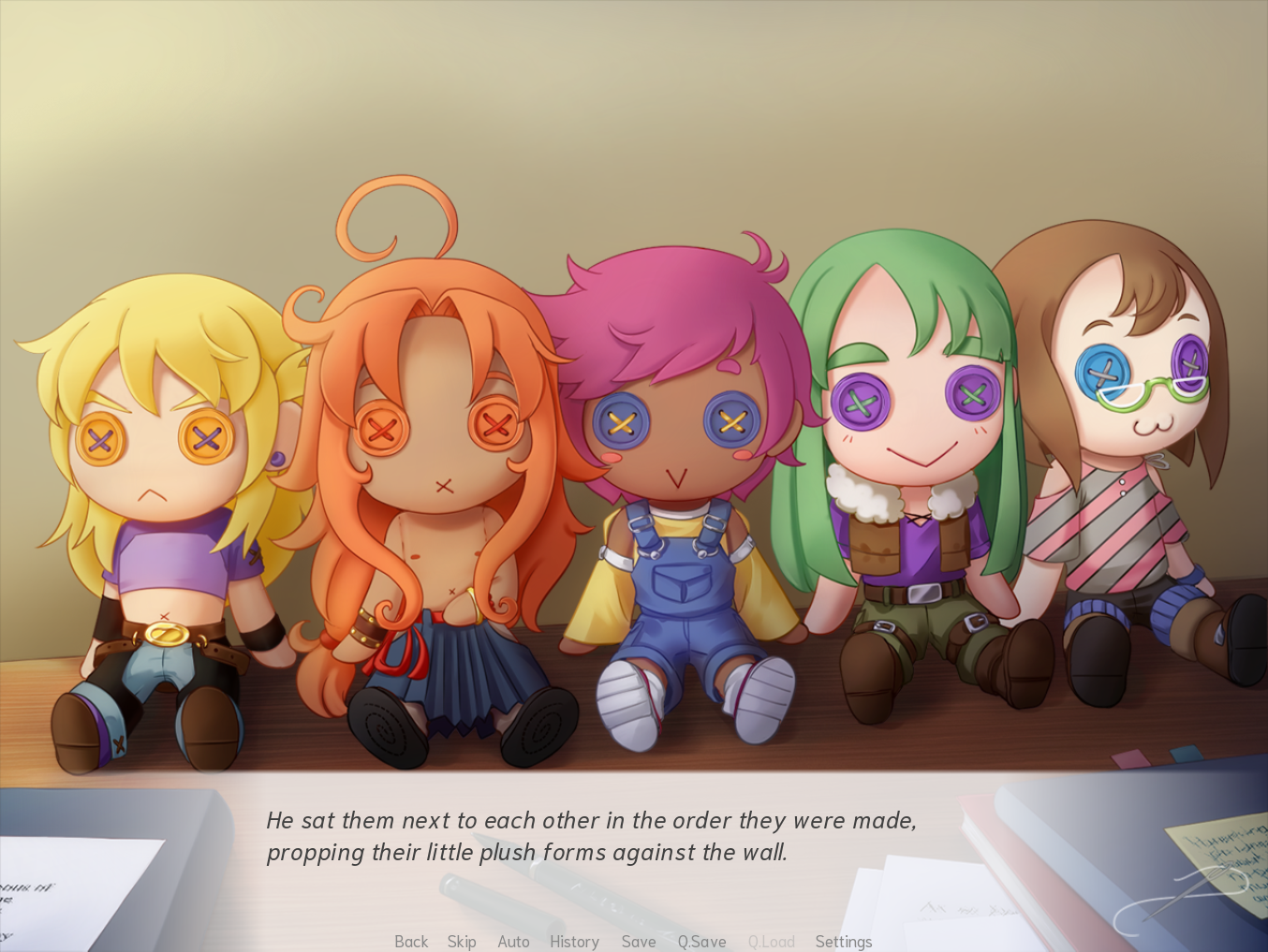 After Lyle loses his parents, he creates five dolls from a sewing kit he finds in their old home. These dolls act as his comfort blanket as he navigates moving to a new home, attending a new school, and making new friends. Things begin to heat up when the five dolls come to life and Lyle has to find a way to make his new living situation work.

The story of Doki Doki Dollmaker is charming. There are some comedic moments with Lyle and his new neighbor, some heartfelt moments with his dolls, and even a frightening encounter with a bully. What really stand out for me, though, are the scenes where Lyle begins to face his feelings about losing his parents. These moments give him character depth and further solidify his quickly growing bond with his dolls as he relies on them for silent support.

Speaking of the dolls, there are five very distinct boys that you’ll be able to romance in the full version of the game. Each character was designed to have their own unique style and personality. I was enamored by the designs of each of the dolls. Whether it’s Torin’s crop top, Ellery’s bright green hair, or Rook’s adorable overalls, there’s a look that’s bound to appeal to you. 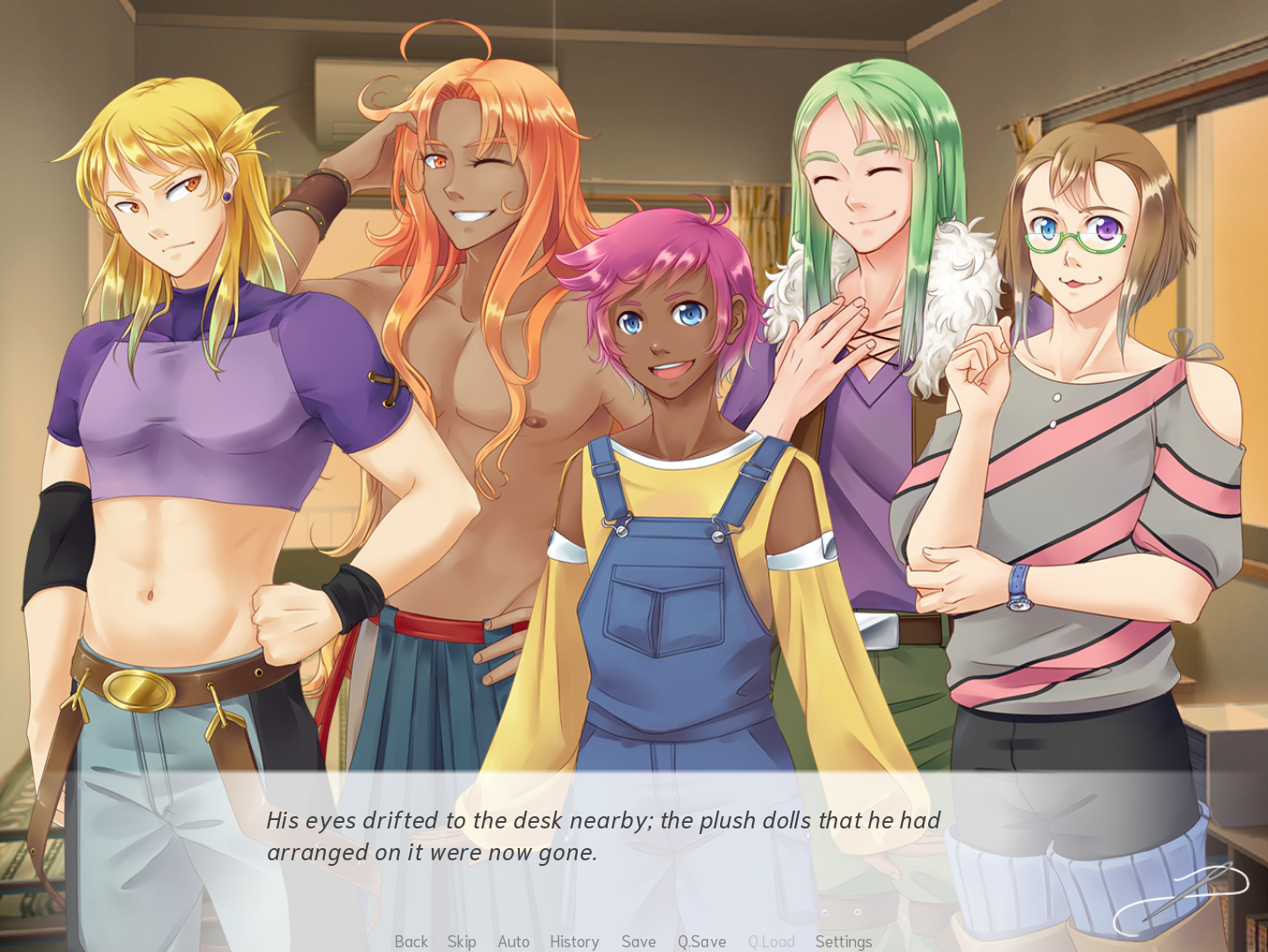 Unfortunately, we only get a brief glance at the dolls in the demo, but what we do see looks very promising! It’s very fun to see the banter that the dolls have with each other because it gives us a good idea of what the potential love interests are like. Torin is grumpy, Desifer is conceited, Rook is slightly immature, Kahvel is inquisitive, and Ellery is the mature one of the group. With all five dolls having their distinctive personality showcased, I feel like the demo gives us just enough of a taste to want to try the whole game!

The overall aesthetic of Doki Doki Dollmaker can be described as cute and vibrant. The color scheme is very lively with bright blues, pinks, greens, and yellows. The logo is eye-catching, and I absolutely adore the whole ‘sewing needle and thread’ aesthetic.  I do wish, however, that the game did a little bit more with this aesthetic in the textbox. It feels bland in comparison to the fun and bubbly title screen menu, the bright colors of the sprites, and the game’s other art.

The developer also notes that they’re using Creative Commons backgrounds in the game, which I don’t particularly have a gripe with, but with such a small pool of free assets available to VN creators, I’ve seen a lot of these assets in other games. However, the game more than makes up for this with the large amount of CGs. The full game is projected to have over 40 CGs! 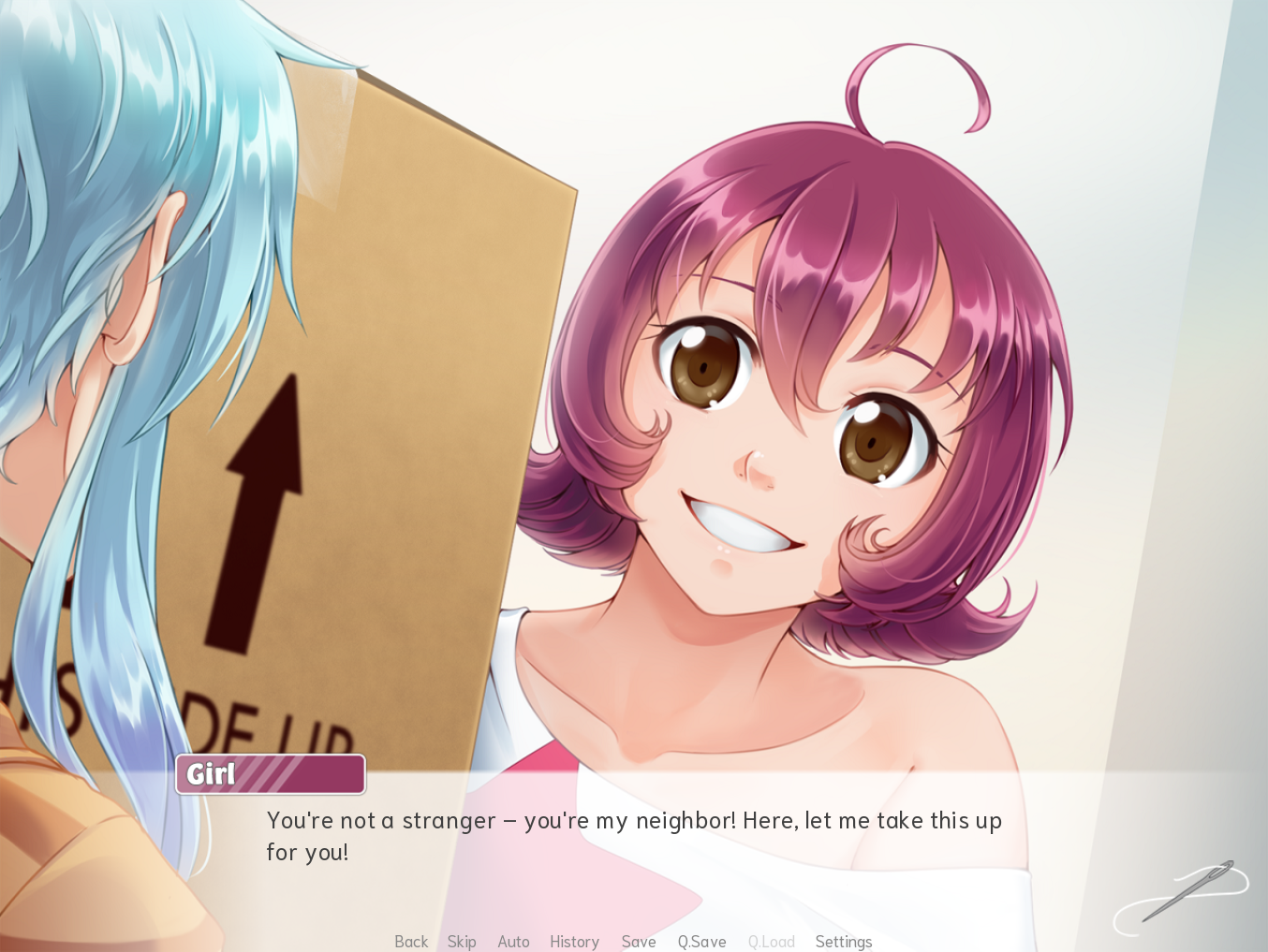 All in all, despite some minor flaws, I think that Doki Doki Dollmaker has potential. The demo was a fun way to spend an hour, and I wished that it was longer so that I could spend more time getting to know the dolls and see the inevitable hijinks that were bound to ensue.

Doki Doki Dollmaker is currently on Kickstarter. You can back the campaign here, or try the demo for yourself on itch.io.