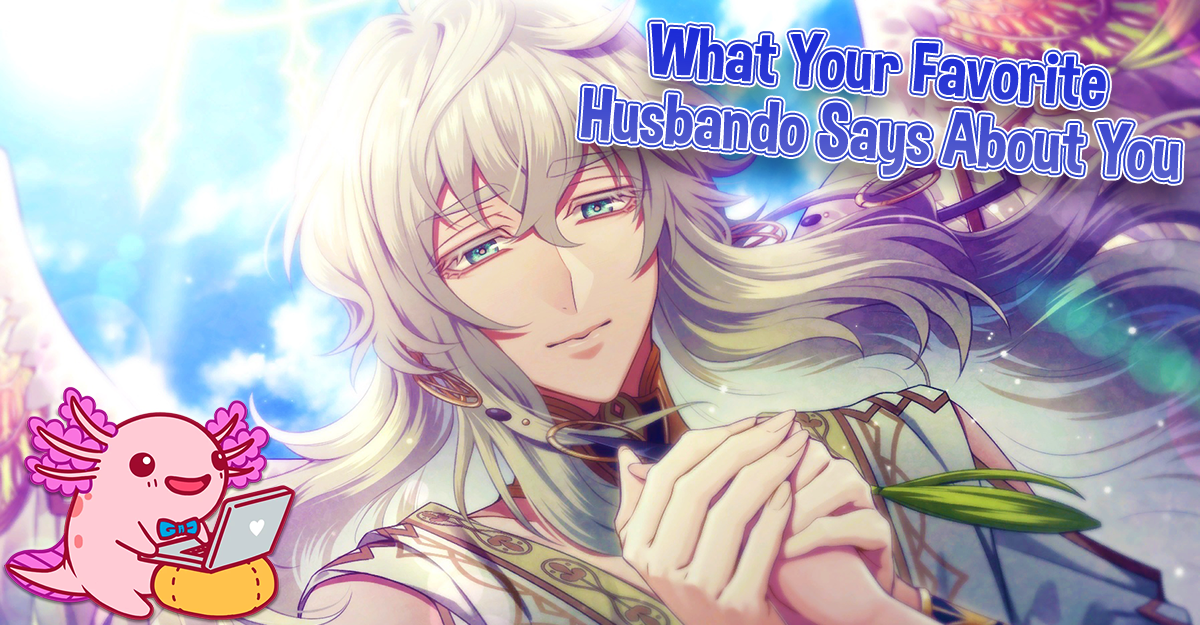 What Your Favorite Husbando Says About You

What does your favorite husbando say about you?

No matter how many otome games you’ve played, whether it be one or (like me) you’ve played so many that you’ve lost count, we all have a favorite husbando. Our favorite husbando says a lot about us, whether we like to acknowledge it or not. Today, I’m going to talk about just some of the men from popular otome titles, and if they happen to be your favorite, tell you what that says about you.

Also, this article will contain spoilers from Amnesia: Memories, Code: Realize, Collar x Malice, Hakuoki, and Nameless. Read at your own risk.

If your favorite husbando is Van Helsing from Code: Realize, Il from Cafe Enchante, or any guy from Hakuoki

Pain. That’s all you know. When you first fell in love with these guys, you thought you were going to be in for a cute love story, because isn’t that what otome games are supposed to be? Romance stories? Well, before you get that cute love story you were promised, you’re going to have to endure hours of pain first. After playing through their route, you can’t play through an otome game now without having a box of tissues by your side, because you never know when you might need them.

If your favorite husbando is Impey from Code: Realize or Enomoto from Collar x Malice

You’re into idiots, or in Impey’s case, himbos. There’s something about them having one brain cell that attracts you to them. However, despite them lacking brains, they make up for it in heart and spirit. There’s just something endearing about them trying their absolute best, and at the end of the day, isn’t that what matters?

You like men who pretend to be sick of your BS, but deep down, they absolutely love it. They try to act stoic, but when it’s just you and him, he acts like a chicken who got his head cut off because he doesn’t know the first thing about romance. Making him turn red like a beet is your favorite pastime, and again, although he may tell you to stop or act like he hates it, he secretly loves it.

If your favorite husbando is Toma from Amnesia Memories, Isora from 7’scarlet, or Tei from Nameless

You’re into the crazy guys, to put it lightly. You’re always on their mind, and as a result, they’re by your side like the sad, crazy puppies they are. Secretly, you adore this kind of attention. Although they may have murderous tendencies, at least they’re caring towards you. That is, unless you end up doing something they don’t like and you wind up in a cage or turned into a doll for the world to see. But hey, maybe you’re into all those things, and if you are, well, I’ll let this video say it for me.

You love what you can’t have. You’re the type to fall in love with the interesting side characters, and because the story never focuses on them, you decide to look for fanfiction to get that delicious content you’re craving. But then when you go and search, there’s almost nothing, because again, they’re a side character and no one writes anything for side characters.

If your favorite husbando is Lupin from Code: Realize

You’re into basic men. We see his sort a lot in games, the dashing and overly confident man who is not only the main character’s savior but is also the true man for the main character. Sure, Arsène Lupin may be a master thief stealing hearts, but compared to his male peers, he doesn’t go through a giant transformation like they do. Lupin is also painted as this perfect partner who is only working towards saving Cardia and eventually wins her heart. It’s sweet and all, but I wanted more. I wanted to see him struggle and overcome his character flaws as the others did.

With that being said, I’m going to continue to enjoy Lupin and accept my love for basic men.