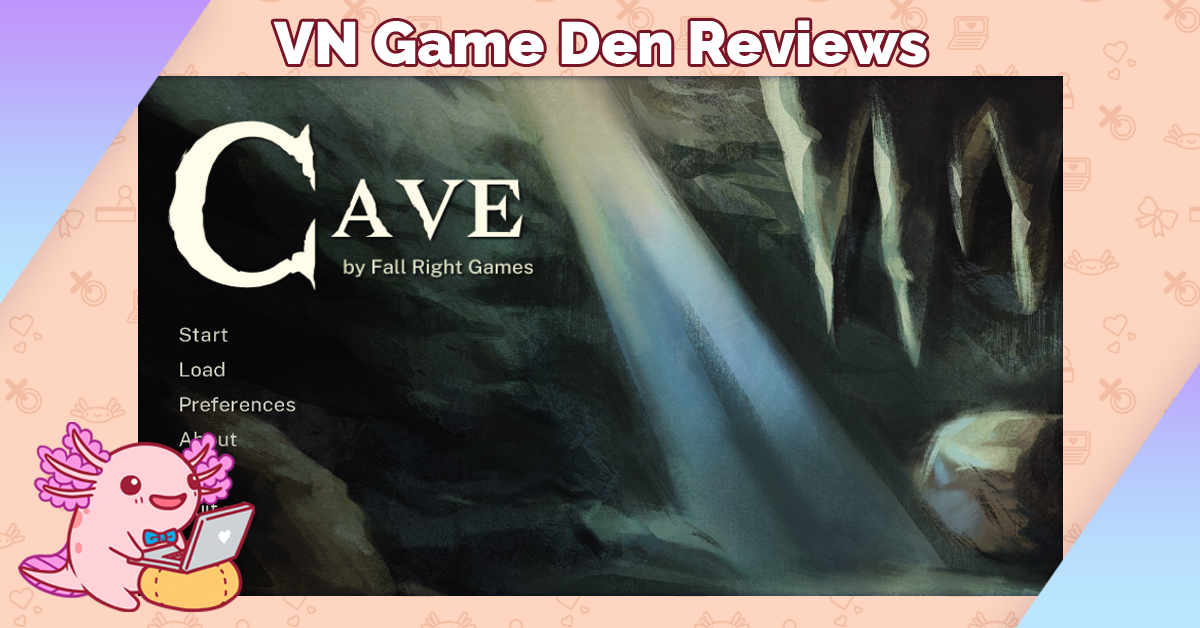 You find yourself stuck in a cave with no escape in this short adventure VN developed by Fall Right Games for the Only One of Any Asset Jam!

Cave by Fall Right Games was made in a week for the Only One of Any Asset Jam. You find yourself stuck in a cave with no way out. What do you do?

If you’re not familiar with the Only One of Any Asset (O2A2) Jam, participants have only one week to create a game with one thousand words and only one sprite, background, music track, and/or sound effect.

While the number of assets used is limited, the creativity of many of the developers has not been. Cave by Fall Right Games is no exception. It’s a wonderfully chilling experience that is reminiscent, in some aspects, to an early text-based adventure game.

Colossal Cave Adventure, released in 1976, is one of the first documented digital interactive fiction games. It has players typing their way through a cavern in hopes of finding a grand adventure.

In a similar strand, players of Cave, while not exactly adventuring, are making choices to get them through dark and unexplored caverns. While the visual novel doesn’t allow the player as much flexibility in how they can interact with the game (it’s a much shorter narrative with no typing in answers), Cave may create a very familiar (and almost nostalgic) feeling for players who are familiar with Colossal Cave Adventure. 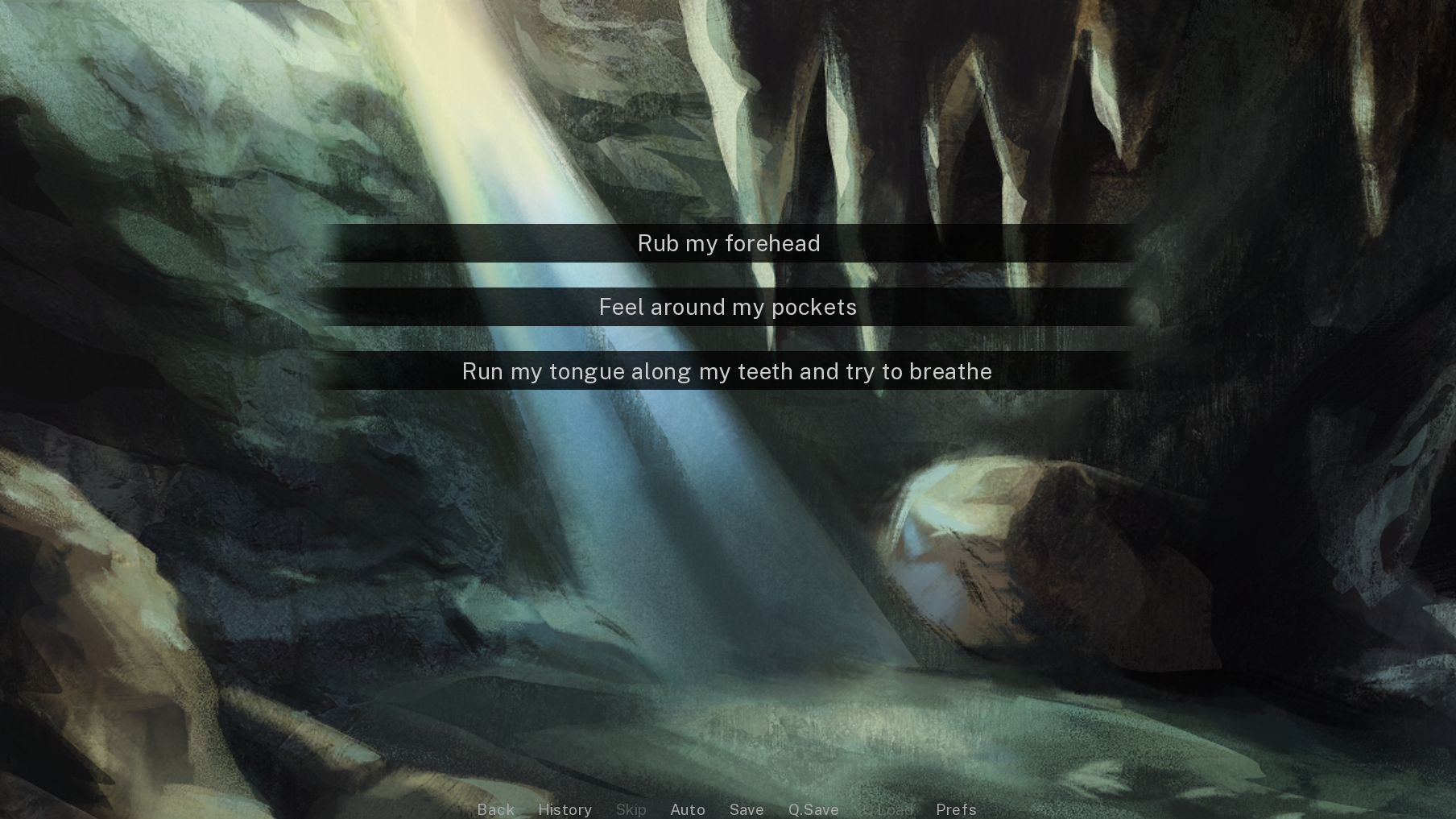 Because of modern technology, Cave is able to take a much more atmospheric approach than Colossal Cave Adventure. It leverages on the use of a painted background and an eerie backing track. It aims to tell a much creepier tale, including supernatural elements.

In Cave, you’re able to make very brief decisions by clicking on an answer choice that appears on the screen. Most choices don’t have a huge impact on the game’s overall story, but that seems to be because of the script’s length.

Most of the game’s charm comes in the form of subtle animations. The background moves as the player walks through the cave. It flickers to show the lights going on and off. The background even zooms in to show player position, without sacrificing any of the art’s quality. It’s a very clever way to utilize the limit placed by the O2A2 Jam!

Cave left me wanting more. The endings are abrupt, one more confusing than the other. More time spent exploring the introduction of a new entity would make the game easier to understand, although not truly knowing who or what lies in the cave with you is part of the game’s allure. 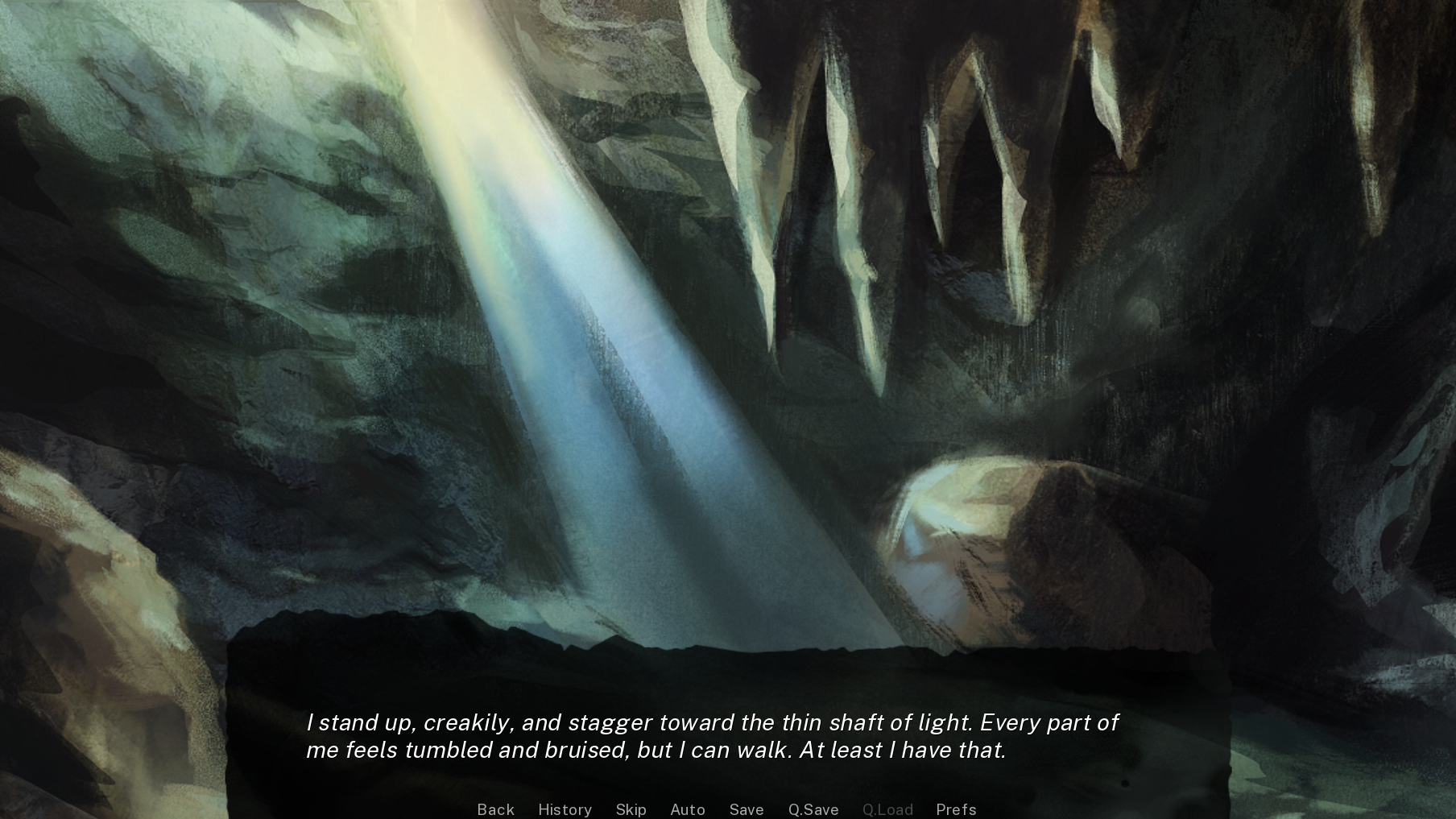 The music, paired with the unsettling sound effect associated with the entity, is both suspenseful and creepy. I didn’t want to stay in the cave, but at the same time, I couldn’t look away.

Cave is a five-minute experience, but don’t let the length fool you. The developers give us a lot to enjoy in that tiny package. Fall Right Games was able to present us with an engaging and immersive experience despite the limits placed because of the O2A2 jam.

You’ll leave the game wanting more content, and honestly, I wouldn’t mind some more either!

You can get Cave for free on itch.io.