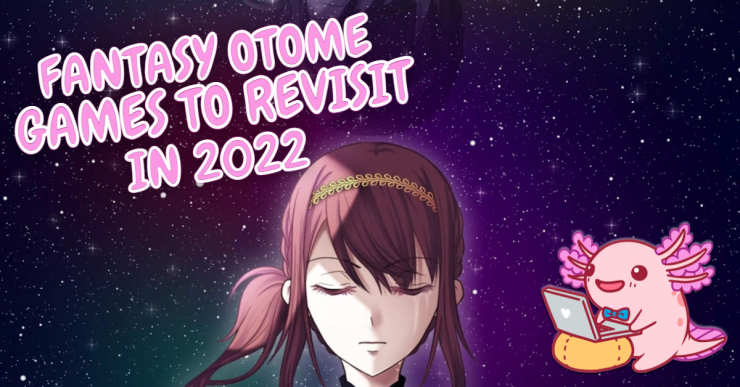 Check out these previously released fantasy otome games still worth checking out in 2022!

Who doesn’t love a good fantasy game? With so many amazing titles on the horizon like The Radiants by Rose Arcana Games and Peachleaf Valley: Seeds of Love by Great Gretsuki Studios, it’s hard not to be excited about the genre.

While we wait for these full releases, there are plenty of fun fantasy otome games already released that we can check out! 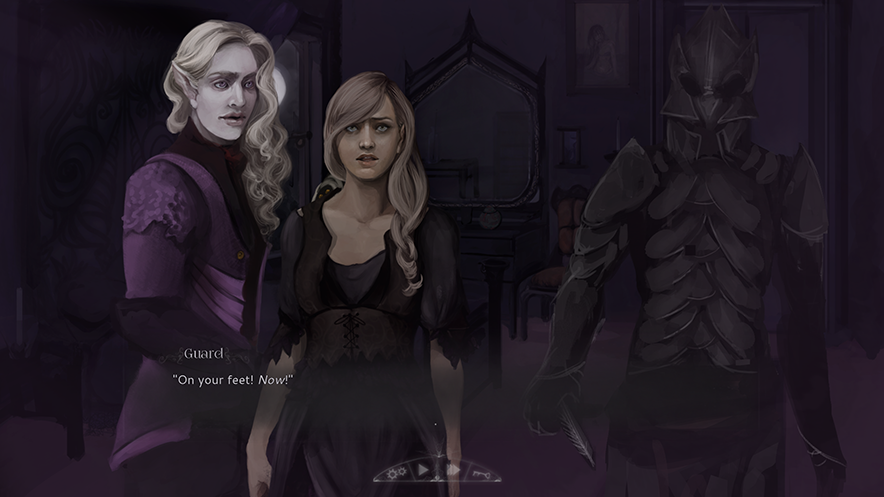 Ebon Light is a free visual novel developed by Underbliss. Create your protagonist, give her a name, and choose her personality. In this dark fantasy game, you find yourself in a land unknown to you after ingesting a mysterious spice. Make new friends, enemies, and even lovers on your journey to find answers about the newfound voice living inside of you.

Ebon Light is an amazing game with tons of choices. While some only seem to shift the dialogue, it allows for a heavier roleplaying experience for players, especially considering you can change your character’s look in each playthrough. There are multiple gorgeous elven men you can romance, each with their own personalities and sub plots. The dynamic you have with each man shifts depending on how you choose to approach certain situations. If you’re looking for a fantasy tale full of twists and turns that will have you on the edge of your seat, look no further! 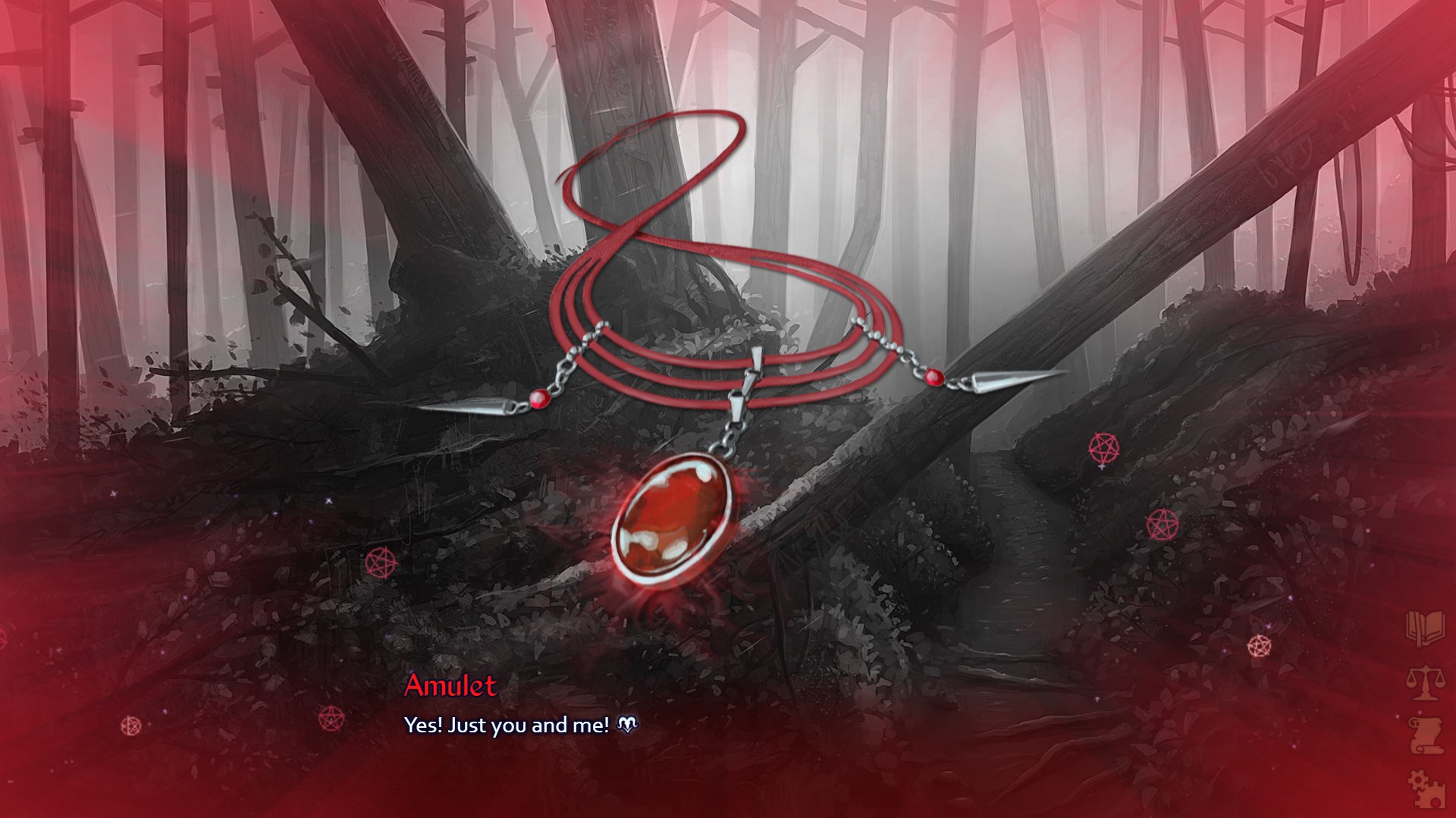 Demonheart by Rolling Crown started as a series of mods for Neverwinter Nights. However, players are now lucky to see the series released as a full visual novel. You play as Bright, a woman whose family has fallen on hard times. When she takes a job as an enchantress’ apprentice, things begin to change for her. With multiple love interests and an alignment system, the game feels immersive and full of life.

Demonheart delivered me an unexpectedly pleasant experience. The game has mixed reviews due to some questionable subject matters mentioned within Sir Brash’s route. I will not condone the actions he takes; however, I do think in the other storylines you’ll be rewarded in a much more palpable way if you’re willing to take the chance. Demonheart is action packed and full of so many unpredictable moments, you’ll find yourself finishing the game in a single sitting! 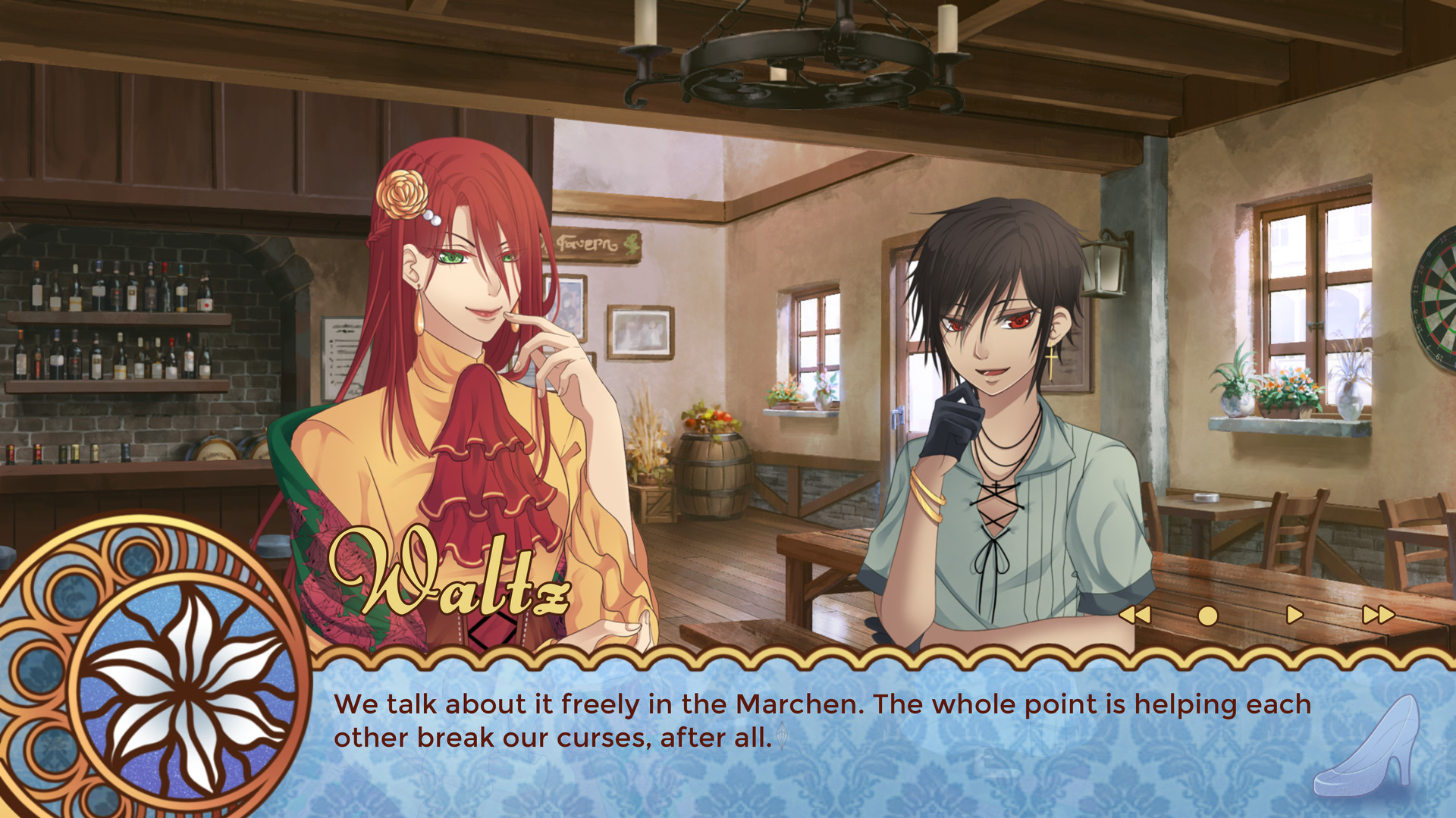 Cinderella Phenomenon is a free visual novel by Dicesuki. Crown Princess Lucette finds herself plagued by the “fairytale curse” and must fight for what she deserves in her kingdom. This game features five love interests, a script that’s over 200,000 words long, more than sixty CGs, and ten endings. The game is massive for the low, low price tag of nothing!

The art in Cinderella Phenomenon is impressive coming from an independent studio. There are so many different CGs, unique backgrounds, and detailed sprites that even include side characters. Upon first glance, it’s shocking that this game is offered for free. My favorite part about Cinderella Phenomenon is the optional indication system. If you make a correct choice, the game will let you know, so you don’t have to guess, save scum, or even have a walkthrough handy. The characters are also all a breath of fresh air, including the hard-headed protagonist who doesn’t let the other characters walk all over her.

Are there any fantasy otome games not mentioned that you think we’ll love? Let us know in the comments below!