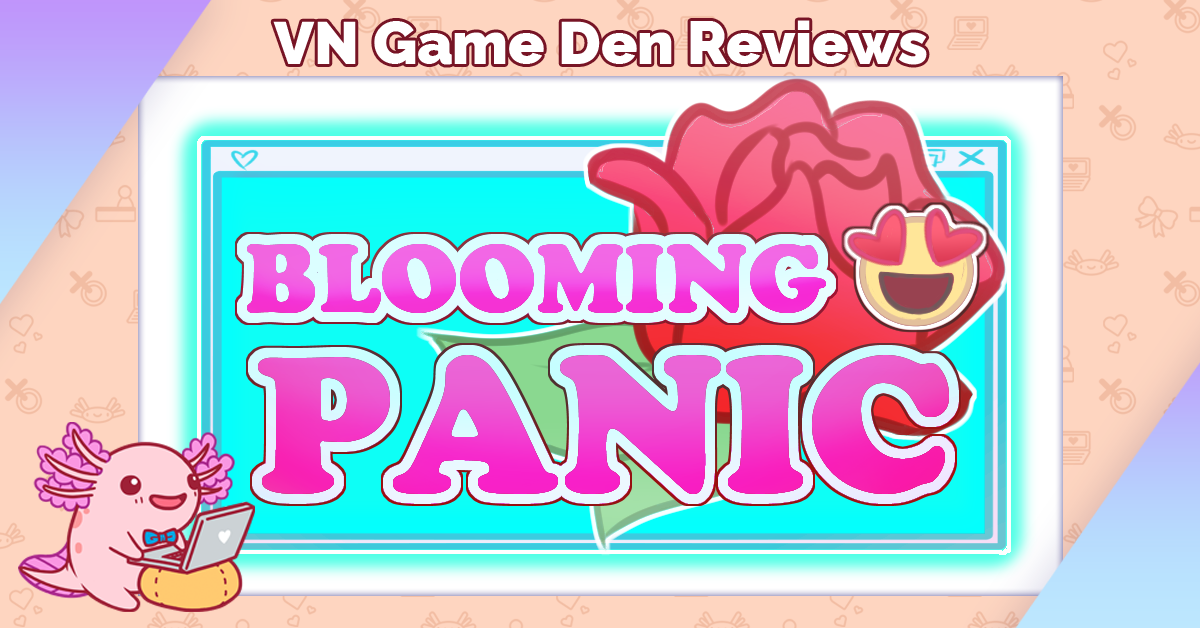 In this free to play game made for Otome Jam 2021 by robobarbie, enter a fanserver for a webnovel and find love!

Blooming Panic is a free game that was released for Otome Jam 2021 by robobarbie. After finding an obscure fan server dedicated to a fantasy webnovel, your life changes. Will you find love, or just kill some time with other fans of “Blooming Panic”?

A review for Blooming Panic was requested through the VN Game Den review request form. 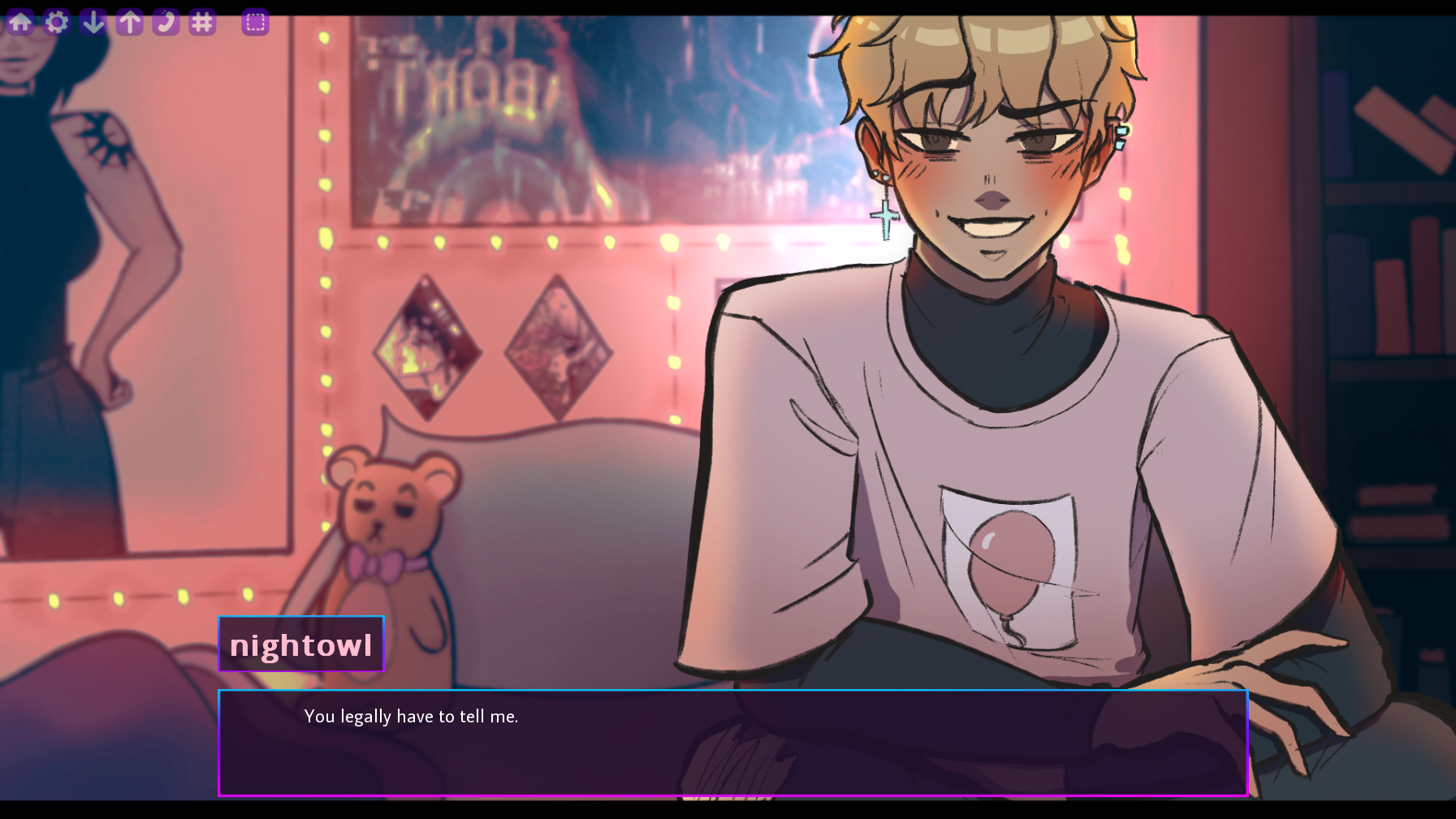 The game starts by introducing “Blooming Panic,” a fantasy webnovel that the player character is a big fan of. Upon reading the newest update, she finds a Twitter link that invites her to join a fan server of the game—though she finds it a little strange that the link takes the user to an entirely new program to download instead of to a Discord server. And once the player is in the server, the original invite link is deleted.

At first, this creates an almost serendipitous feeling for the player. They’re in the right place at the right time, meeting new friends in an online chatroom. However, as you play through the multiple routes, you realize that perhaps there is more to this server than just meets the eye. There is a mystery to unfurl beyond what’s on the surface, and the player is caught right in the middle of the action.

Blooming Panic is an ambitious undertaking from the development team, featuring a functional Discord-like UI and “face-to-face” fully voiced calls with not one but three love interests. All of this was created in the span of only two months, an impressive feat considering how polished the game really is. 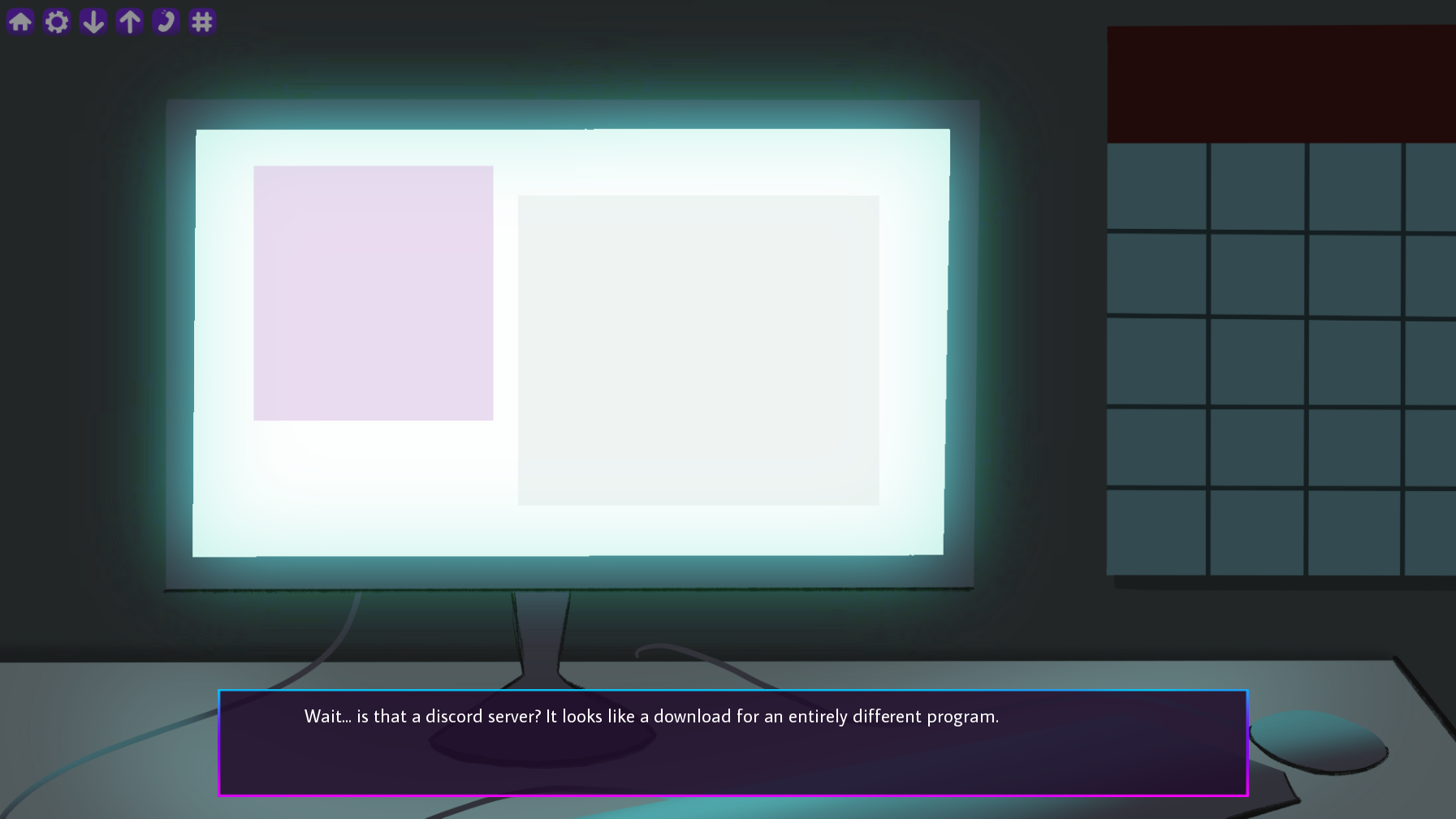 Players can choose to date one of three men in the server who seem to be drawn to your arrival. Each has their own distinct personality that shows through in the way they type in the server, how they interact with you in voice calls, and how they look behind their webcam. Even where they choose to call you from (either their bedroom or work) says a lot about them. The attention to smaller details in these nuances either through text or art is a nice immersive experience, because these characters are rounded, presenting themselves in different ways just like you may encounter in a real Discord server.

The way dates are presented in this game is in the form of voice calls where the love interest of your choice will talk to you as if you two are in a video call, zoomed-in sprite (some cases with their mic!) and all. These scenes are fully voiced, allowing the players to hear the reactions of the people they’ve been talking to online, but also giving a way for players to self-insert if they wish because they’re on the other side of the computer screen. It’s an interesting and unique concept which works so well because of how relatable the experience is. A lot of modern gamers use Discord or other chatting services to connect with their online friends, some of these friendships even ending in romance themselves.

While the pacing is sometimes a little too fast for my liking (some of the men falling in love with you in just a few short interactions/days), it’s excusable because of the technical fact that the game had to be shipped in only two months. When you look at the amount of content you get in Blooming Panic, it’s understandable why the story had to be rushed through. However, this doesn’t ruin the experience. 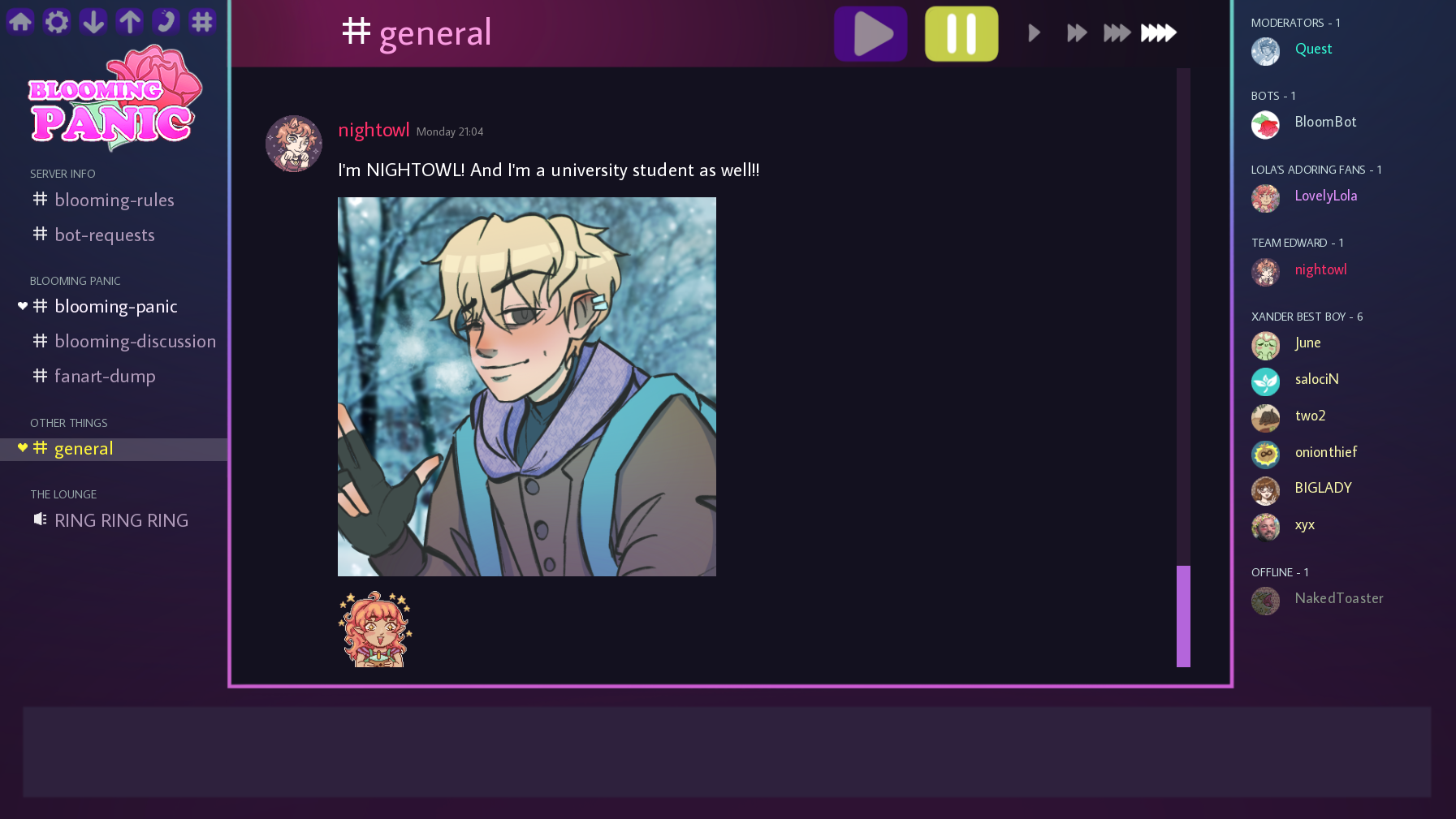 Blooming Panic has a lot of content, including character epilogues that players can unlock once they complete a romance. It provides pretty (and unique!) character art, a clean and polished UI, and an immersive experience with relatable characters. I found myself comparing some of the server members with friends I’ve met in my own Discord server.

If you like otome games, I wholly recommend this game!