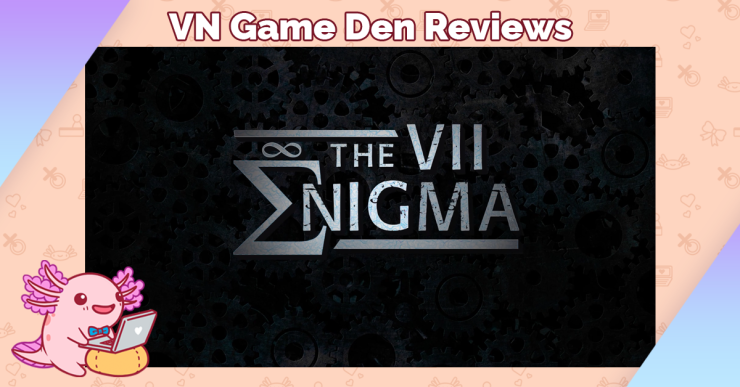 Follow doctor Elijah Shaw as he tries to piece together his lost memories and take down a corrupt ruling entity in this mystery VN by Spire Games.

The VII Enigma is a recently released visual novel developed by Spire Games. Follow doctor Elijah Shaw as he tries to piece together his lost memories and take down a corrupt ruling entity known as the Bureau.

VN Game Den received a free copy of the game to review. 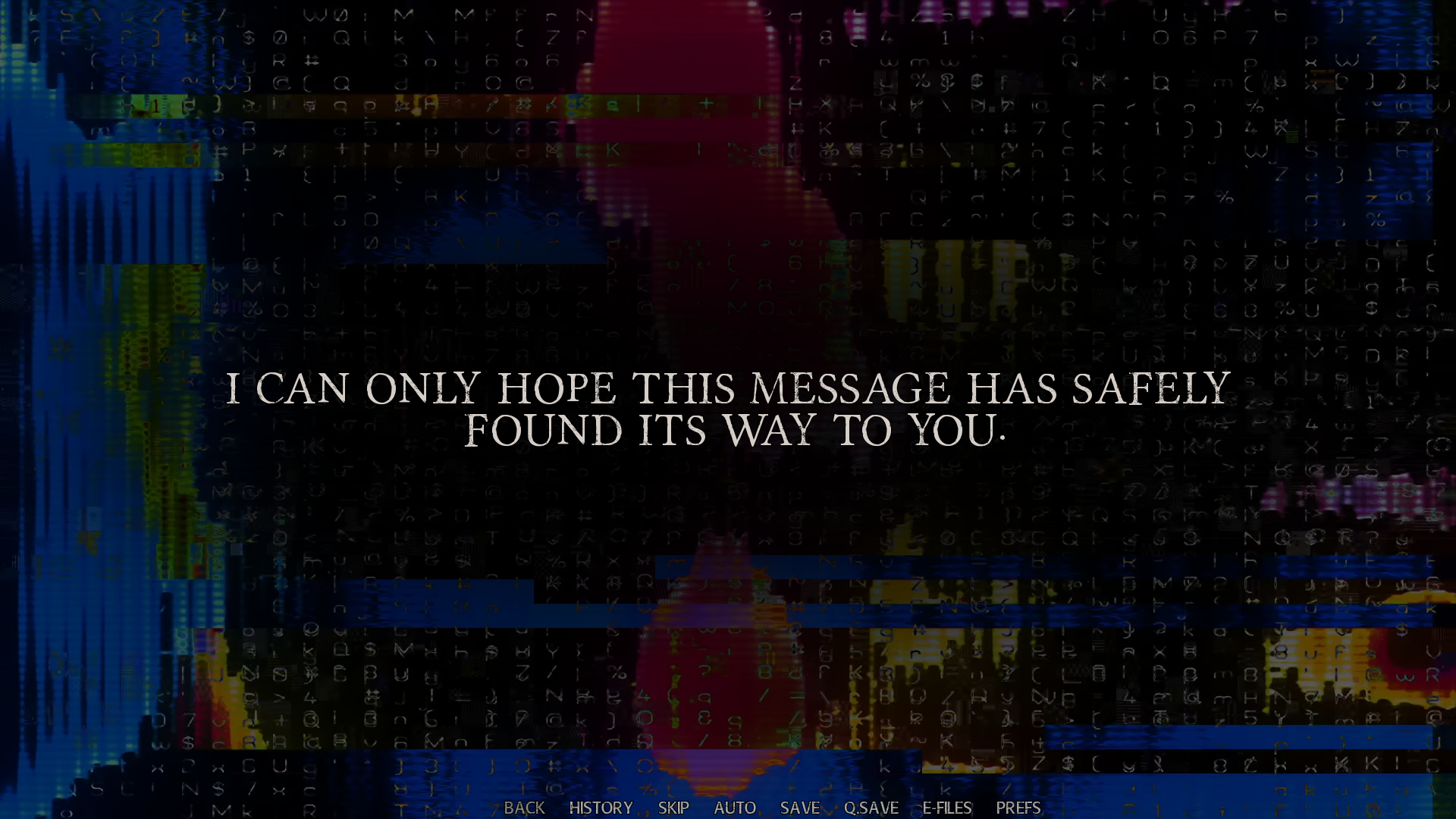 The VII Enigma starts with the introduction of a few key characters. We meet Dr. Elijah Shaw, the game’s protagonist, as well as Beckett, an antagonist holding the confused man hostage. Elijah doesn’t seem to know much about who he is or how he’s gotten captured.

It’s through this man’s eyes that we begin to see the story unfold. Because of Shaw’s amnesia, the story can unravel in a natural way while still allowing the main character to maintain some of his knowledge, skills, and prior involvement in the fight against the Bureau. While I’m usually wary of storylines that center on characters with no memory, I think this tactic works in the game’s favor by including use of the brain as an actual plot point.

The VII Enigma presents an intriguing dystopian society where people can be identified by ID tags in their brains. This adds a particularly sinister element to the average “big entity preys on the unsuspecting people” storyline because it shows just how invasive and controlling the Bureau really is. I find their rise to power and motivations infinitely fascinating and it’s clear that the writers thought this game’s lore out very carefully. 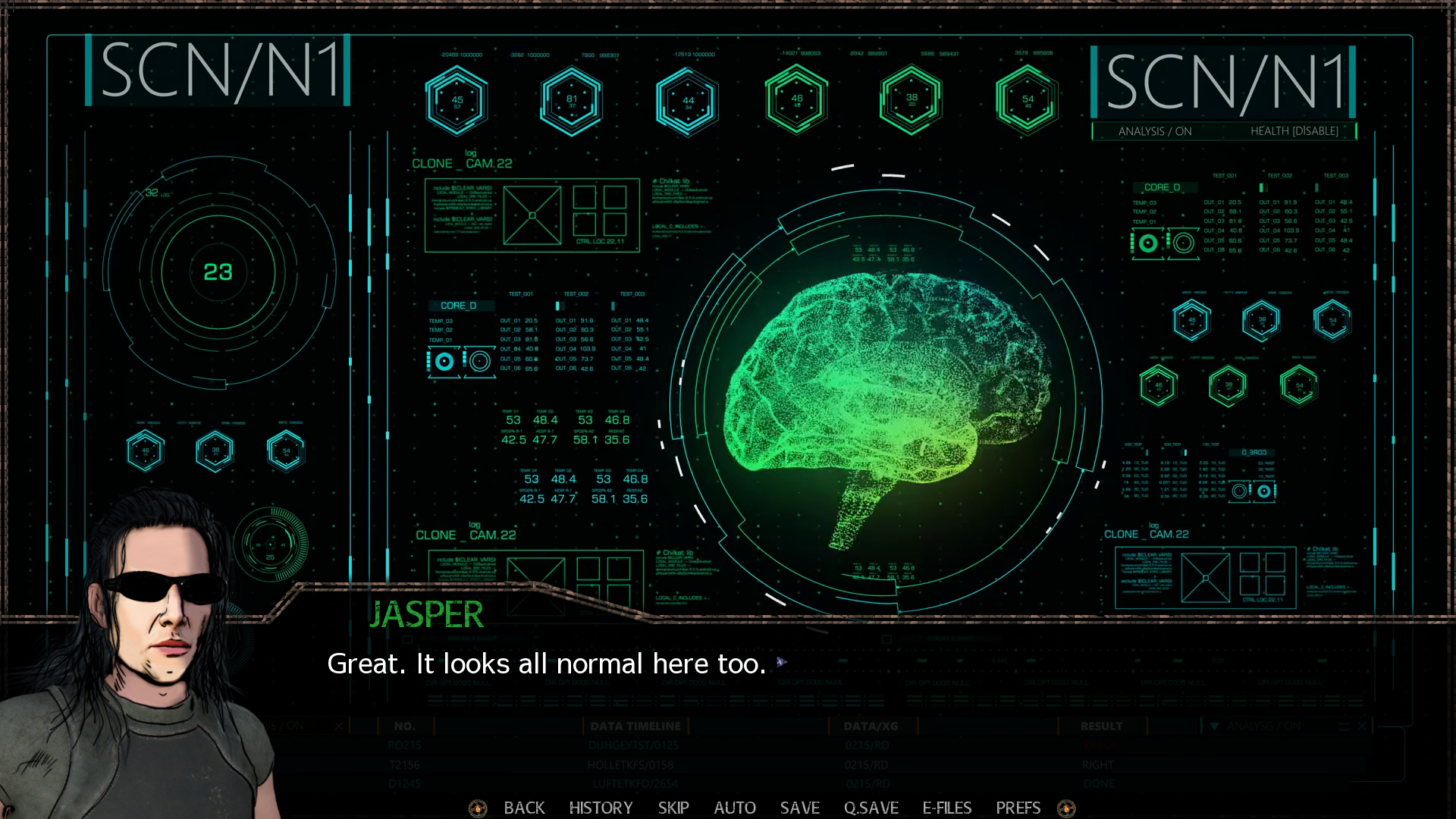 Moving on from the writing, which is engaging and easy to follow, there is an impressive number of custom animations that are detailed and immersive. One such element is in the beginning, when the idea of a brain scan is introduced. There are also other animations that pop up when characters explain things, which help players visualize information they may simply gloss over otherwise.

Spire Games chooses to use pre-rendered 3D models instead of the usual 2D sprites many VN players are used to seeing. I admit that I was a little bit wary of how these would look in-game. However, I was pleasantly surprised. It reminds me of my time playing Fallout: New Vegas, a post-apocalyptic story about choosing the correct faction’s side while also trying to find out more about the world you’ve just been tossed into. Grittier and less polished graphics make all the difference. The 3D sprites in The VII Enigma allow for more realistic backgrounds and a grungier setting that I don’t think hand drawn sprites could accomplish. Tied in with the particularly dark and beaten-down UI, the visuals elevate the game’s story.

I do want to comment on the game’s soundtrack, which has a lot of action-packed backing tracks. Even in scenes where characters are just talking, there is suspenseful music that fills the player with apprehension. It elevates the stakes of the story’s central plot and reminds players of the Bureau’s tight grip on society.

The VII Enigma is a heavy game with well thought out lore, interesting characters, and elaborate visuals. If you like the story in games like the Fallout series, I think you’ll have a good time trying to dismantle the oppressive government in this dystopian game!