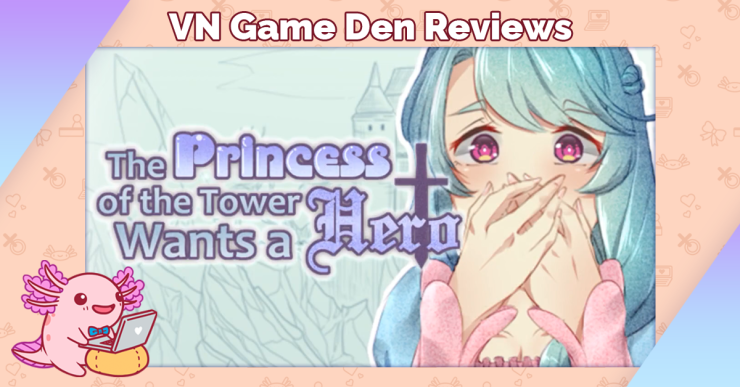 Review: The Princess of the Tower Wants a Hero

Take control over Lumi, a hopeful girl who is awaiting her rescue from the Demon Lord’s tower by her hero in this free otome game made by Anta for Winter VN Jam 2021.

The Princess of the Tower Wants a Hero is an otome game released by Anta for the 2021 Winter VN Jam. We got to take a look at the game’s newest update, which includes partial voice acting! Take control over Lumi, a hopeful girl who is awaiting her rescue from the Demon Lord’s tower by her hero.

A review was requested via the “Review My Visual Novel” form on our website. 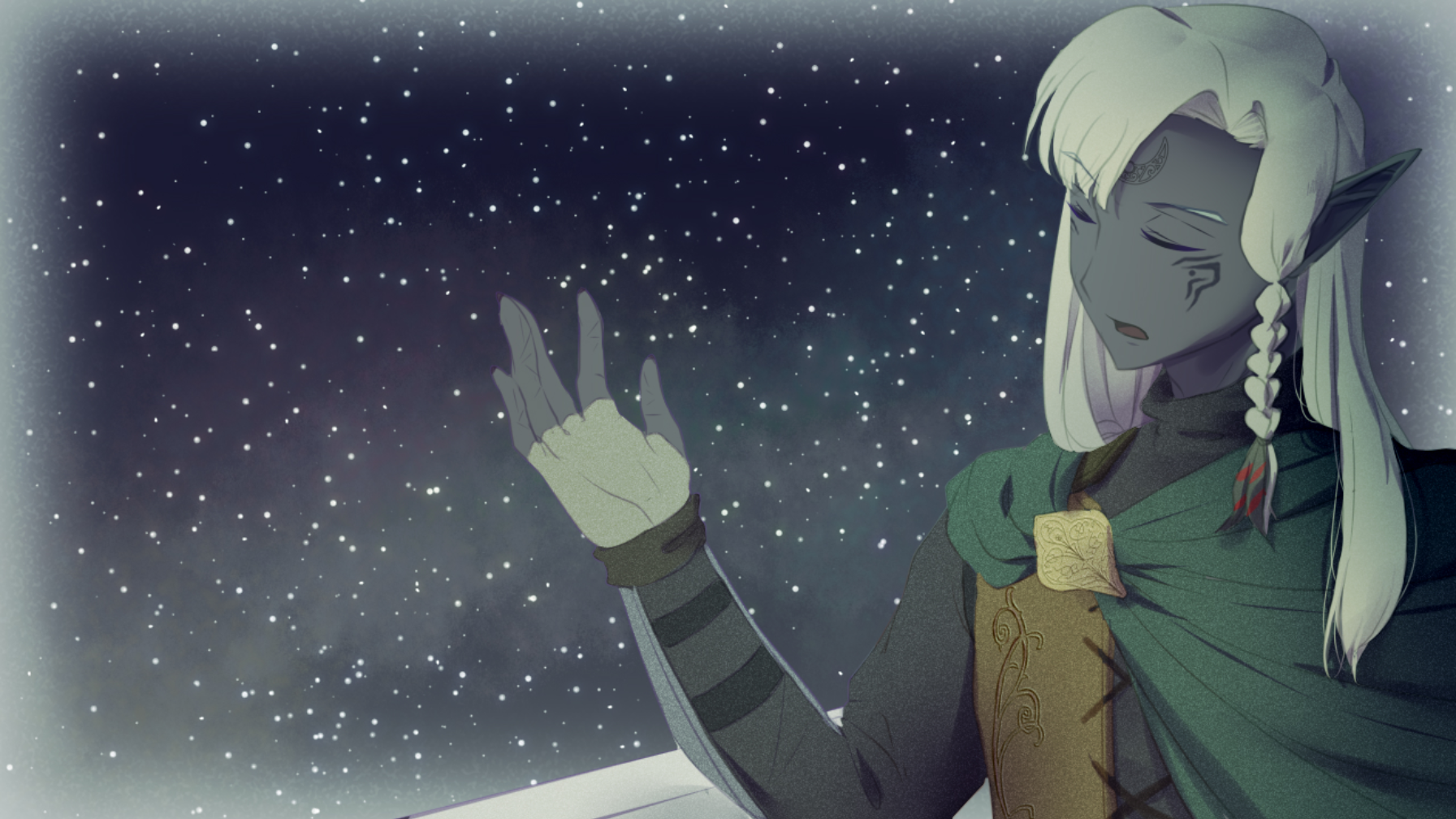 The Princess of the Tower Wants a Hero starts with a beautifully terrible, voice-acted scene of a man belting out the tune of a song he has just written. The voice acting is done really well—however, the scene calls for a terrible singing voice, and it certainly delivers. I resisted the urge to click through it and was not disappointed. Cethin’s singing voice is no reflection of his speaking voice, which portrays him as a cute and innocent love interest that will no doubt capture hearts. The voice acting is a welcome addition that adds flavor and life to the world that Anta has created.

I was a bit confused at first by the opening scene, but as the story progresses, we find out why the player is being serenaded by a dark elf. We also learn more about who Lumi, our protagonist, is. She’s fascinating—a literal damsel in distress, and yet she still maintains a strong will and determination about her that propels her motivations and actions in the story. What Lumi wants more than anything is a hero to slay the Demon Lord and rescue her so she can leave her tower. But why is she in there to begin with? 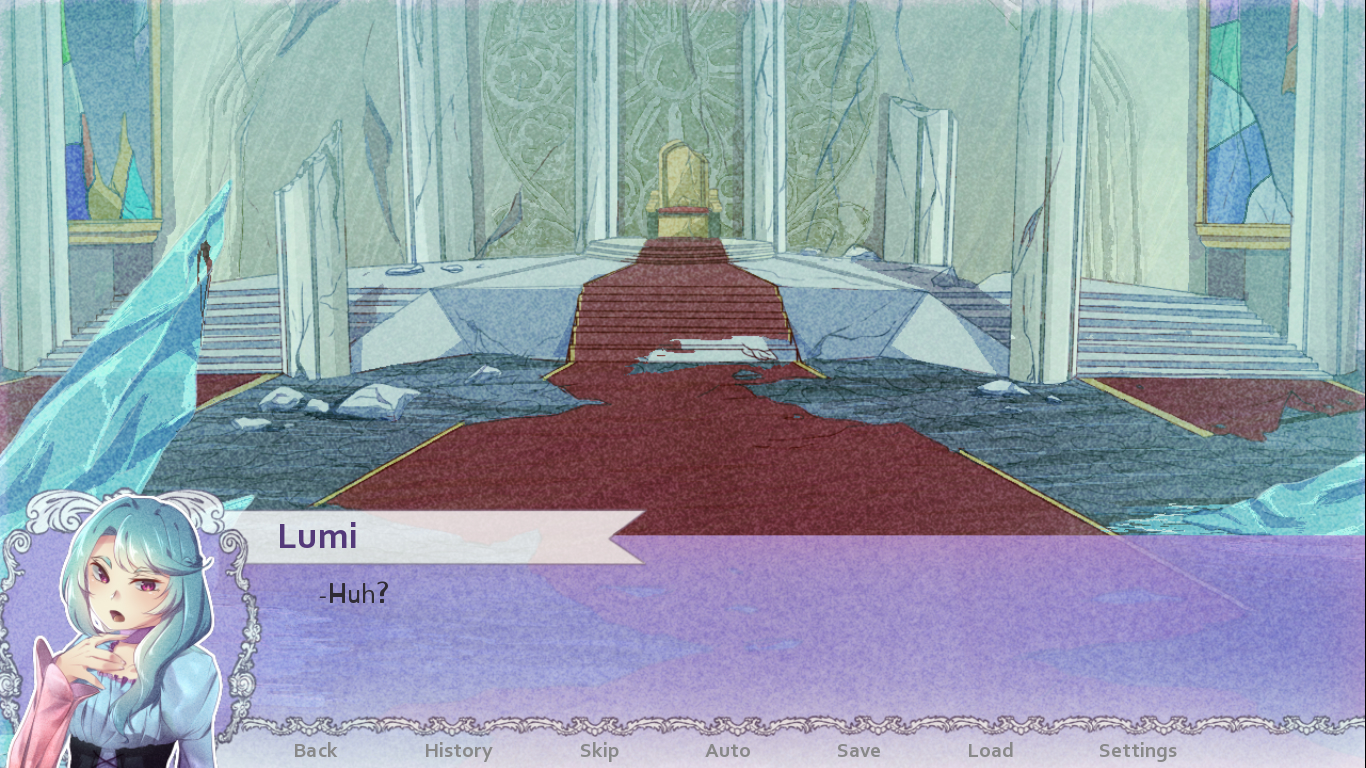 What needs more explanation is the world’s lore. Apparently multiple princesses are captured and expected to be saved by a hero. Because the concept is a unique one amongst usual fantasy tales, it would benefit from a little more exposition so that players aren’t left to simply accept that this is how things are done. I think adding on to this lore would also help flesh out character motivations and personalities as well. However, it is important to note that this game was created in one month for the Winter VN Jam.

In that short time, I think that the developer has managed to create a really interesting premise, and the characters are equally intriguing. Part of me wishes the game was longer so we could spend more time with the cast!

I was also a big fan of the music. Despite the protagonist being trapped inside of a tower, the music isn’t dark, heavy, or sad. It feels lighthearted and uplifting. The color schemes of the game’s backgrounds, sprites, and UI art also portray this, with light blues and purples. 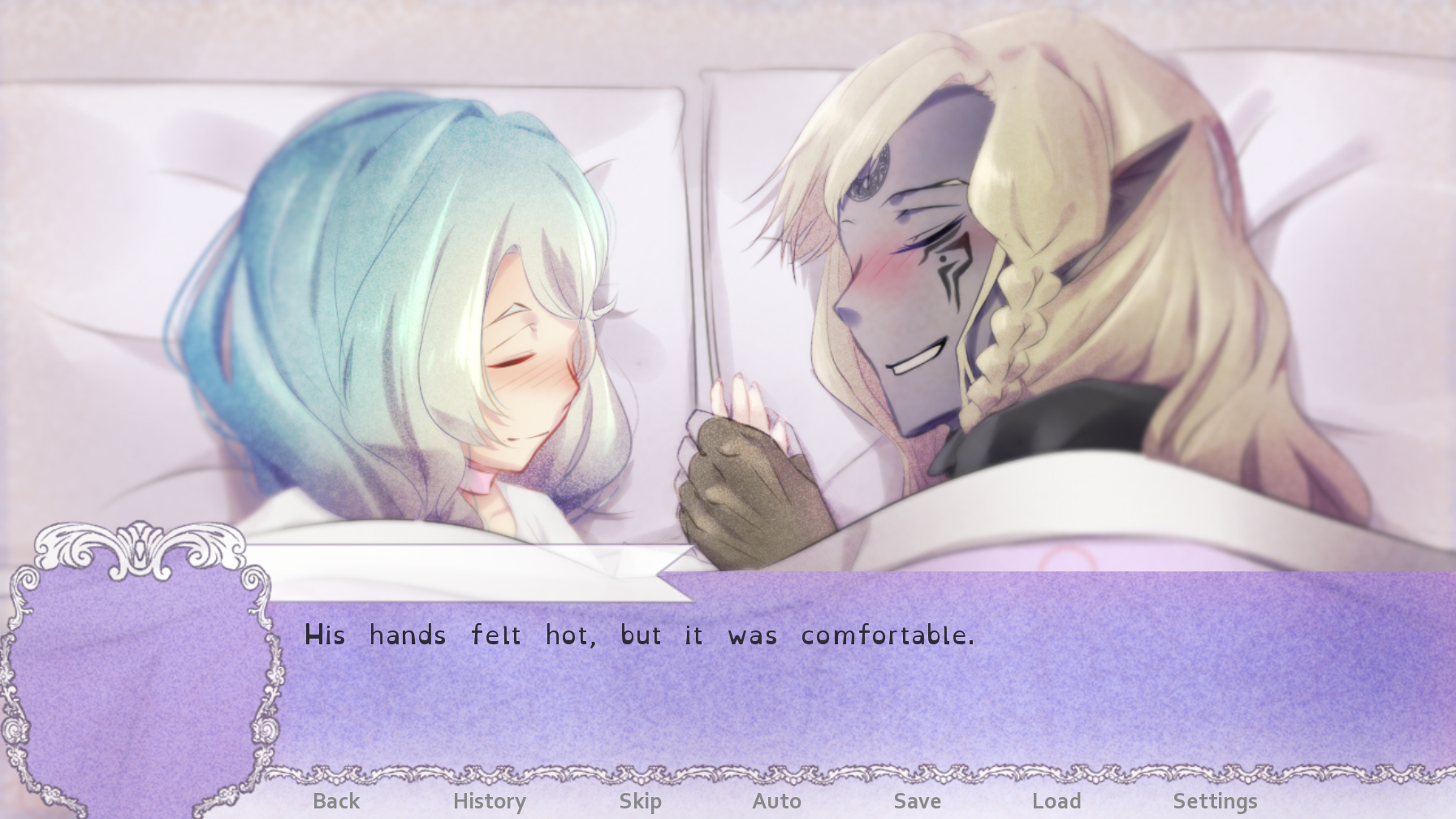 If you’re a fan of fantasy games and are looking for an otome visual novel to play for the month of love, look no further. You’ll have a good time with The Princess of the Tower Wants a Hero, which can be completed in one sitting.

Download the game to play for free on itch.io.