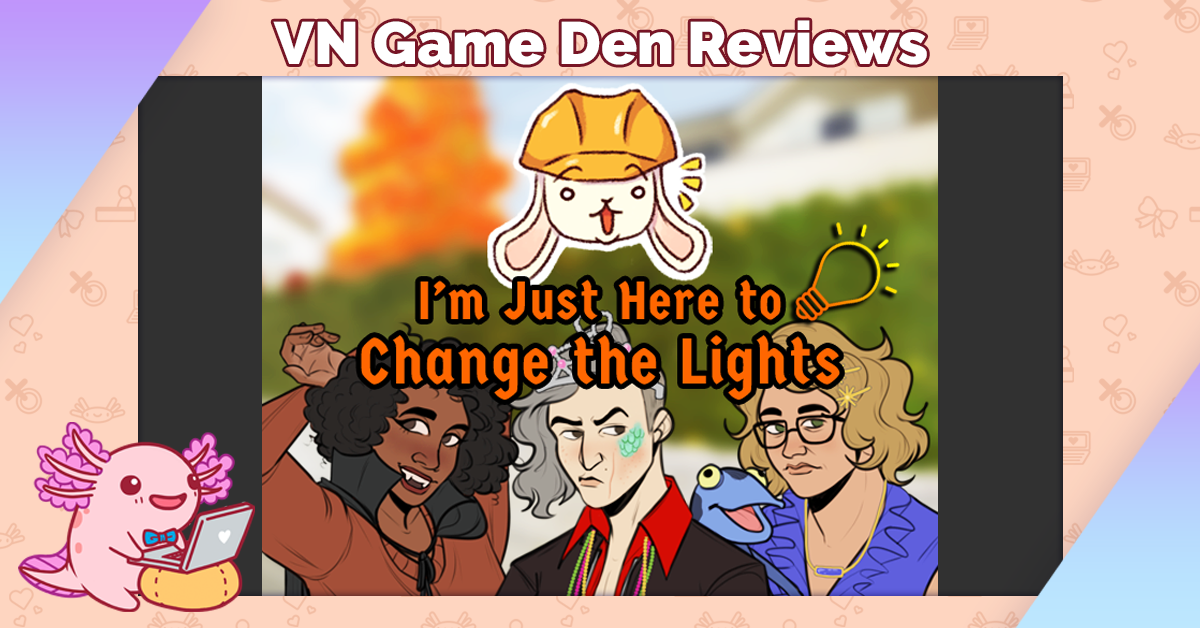 In this Spooktober 2021 entry, play as a someone who’s hired to change the lightbulbs in a seemingly average apartment on Halloween day.

I’m Just Here to Change the Lights by Cygni is an entry to the 2021 Spooktober Visual Novel Jam. Play as someone who is hired to change the light bulbs in a totally average apartment on Halloween. What could possibly go wrong? 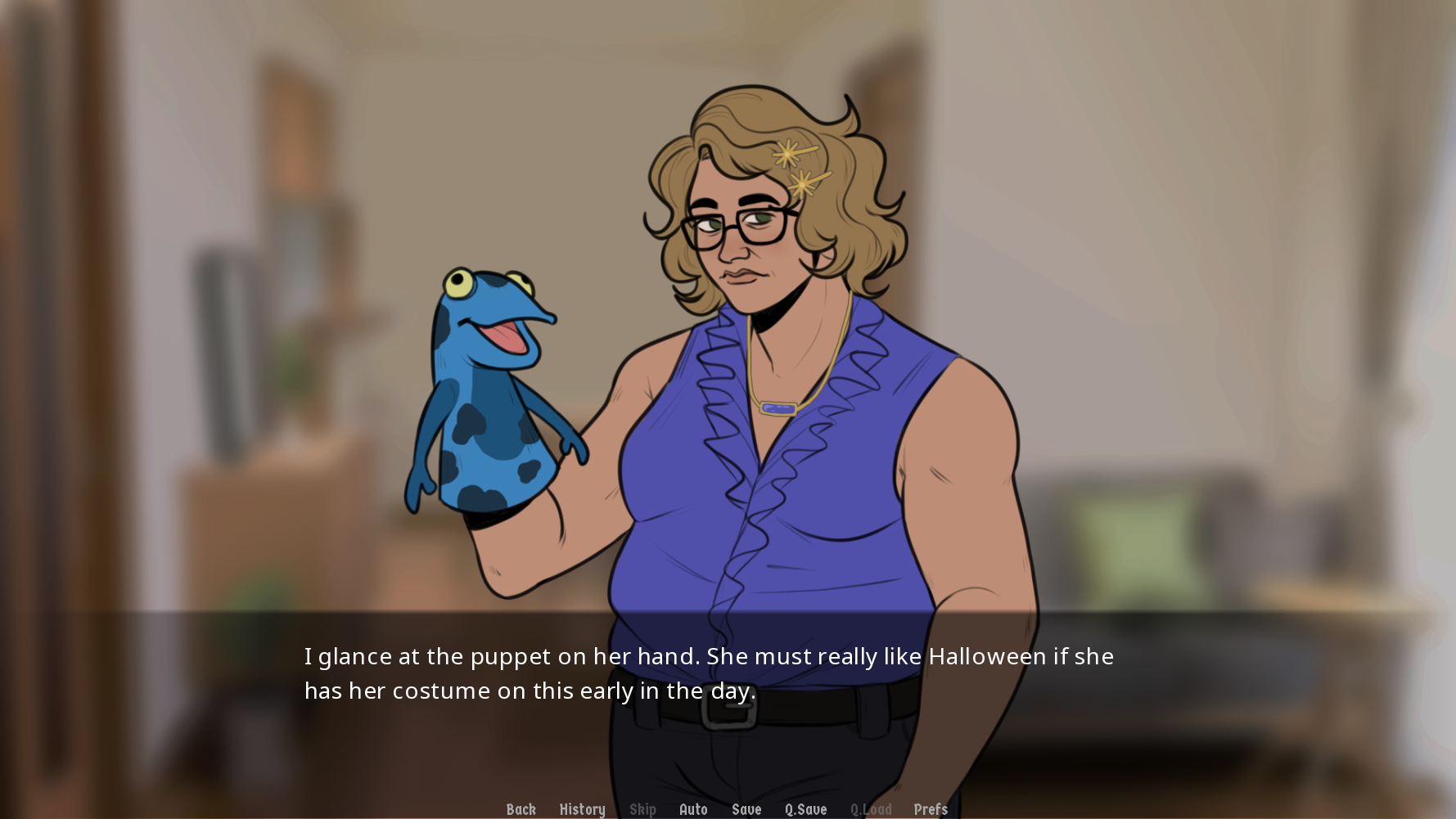 I’m Just Here to Change the Lights starts by letting the player name their protagonist, a person who does side jobs for people via the TaskHare app. We’re informed what our odd job of the day will be: A woman named Sandy needs the lights changed in three rooms of her apartment. Because it’s Halloween, she’s willing to pay more than the average price.

It seems like an easy enough job, but things are not as they seem in Sandy’s apartment. You meet the trio who lives there and quickly find out that something out of the ordinary may be going on. Somehow you get roped into judging their “best Halloween costume” contest, despite only being there for a few hours to change the lights.

You’ll need to guess what costume each person is, and ultimately choose who you think wore theirs the best. However, as the story progresses, you find out that perhaps these ladies are a little bit more than three human friends trying to rope the handyman into their holiday activities. 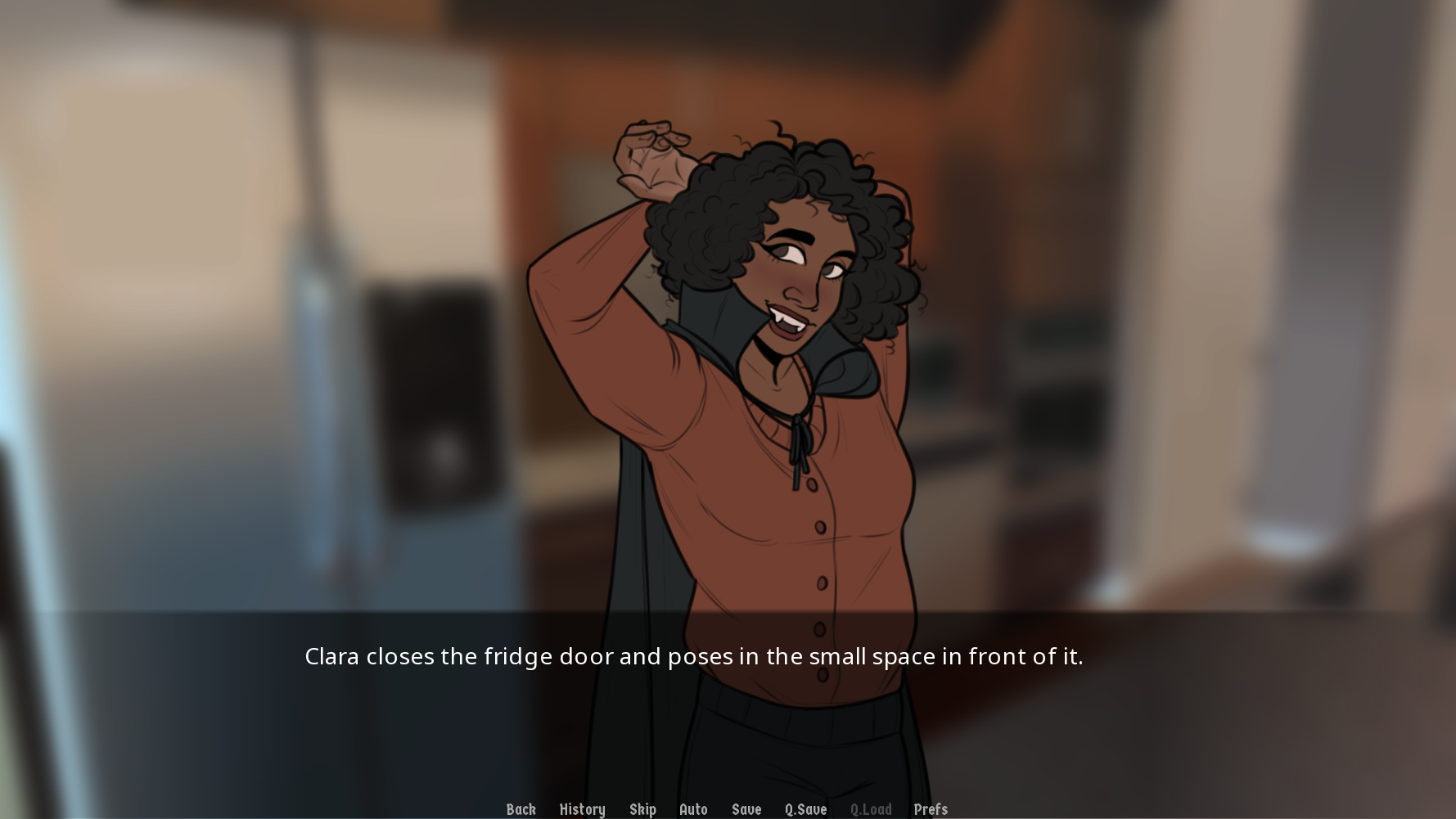 My favorite part of this game is how the developers have spiced up the mundane task of changing some light bulbs. Throughout every interaction, no matter the option you choose, the protagonist is focused on completing their job. There are descriptions of screwing the light bulbs in and moving ladders. The action is happening around this activity, which makes the odd happenings going on around the TaskHare all the more intriguing, and the protagonist themself more relatable.

The characters are unique in the way they act, talk, and even dress. Their outfits are reflected in the script, going so far as to allow the players to take a guess at what they think the roommates are dressed as. It’s a fun and interactive element that actually propels the story further.  Each roommate is fully voice acted, and I was really impressed by how well the voice cast is able to capture the personality of the characters. I put the game on autopilot and sat back as if I was watching a movie.

I’m Just Here to Change the Lights is a short game, reaching around only 5,000 words and 20 minutes of playtime. Because of the jam’s one-month time frame and the game’s short word count, it’s hard to include a lot of information about the world’s lore. However, I’d have loved to learn more about TaskHare, because I think the concept is a really interesting one that the developers could have toyed around with more. 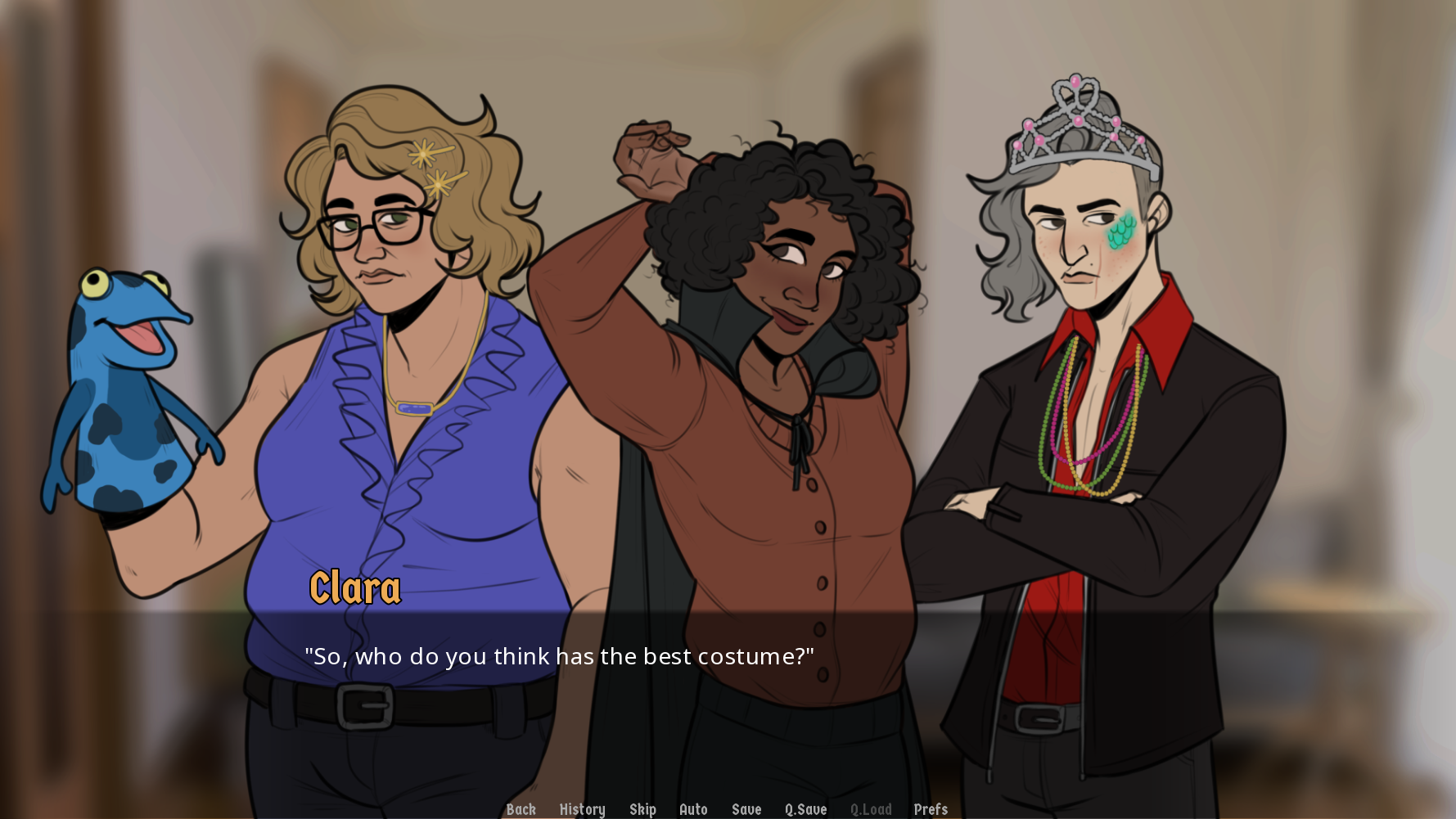 If you have a half hour to spare and want to get into the Halloween spirit, you can’t go wrong with I’m Just Here to Change the Lights. It’s a fun, lighthearted experience that will leave you wanting some more.

You can download the game for free on itch.io.