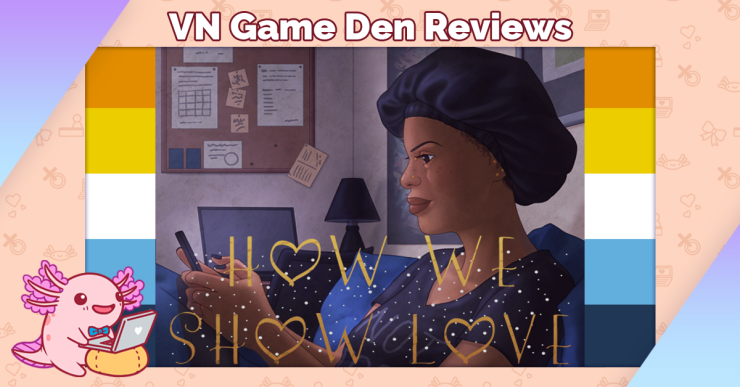 Review: How We Show Love

Take control over Saoirse as she tries to get to the bottom of why her friend Orlaith is acting strange in this short game developed for Winter VN Jam 2021!

How We Show Love is a short, free game submitted to Winter VN Jam 2021 by tofurocks. Take control over Saoirse as she tries to get to the bottom of why her friend Orlaith is acting strange. 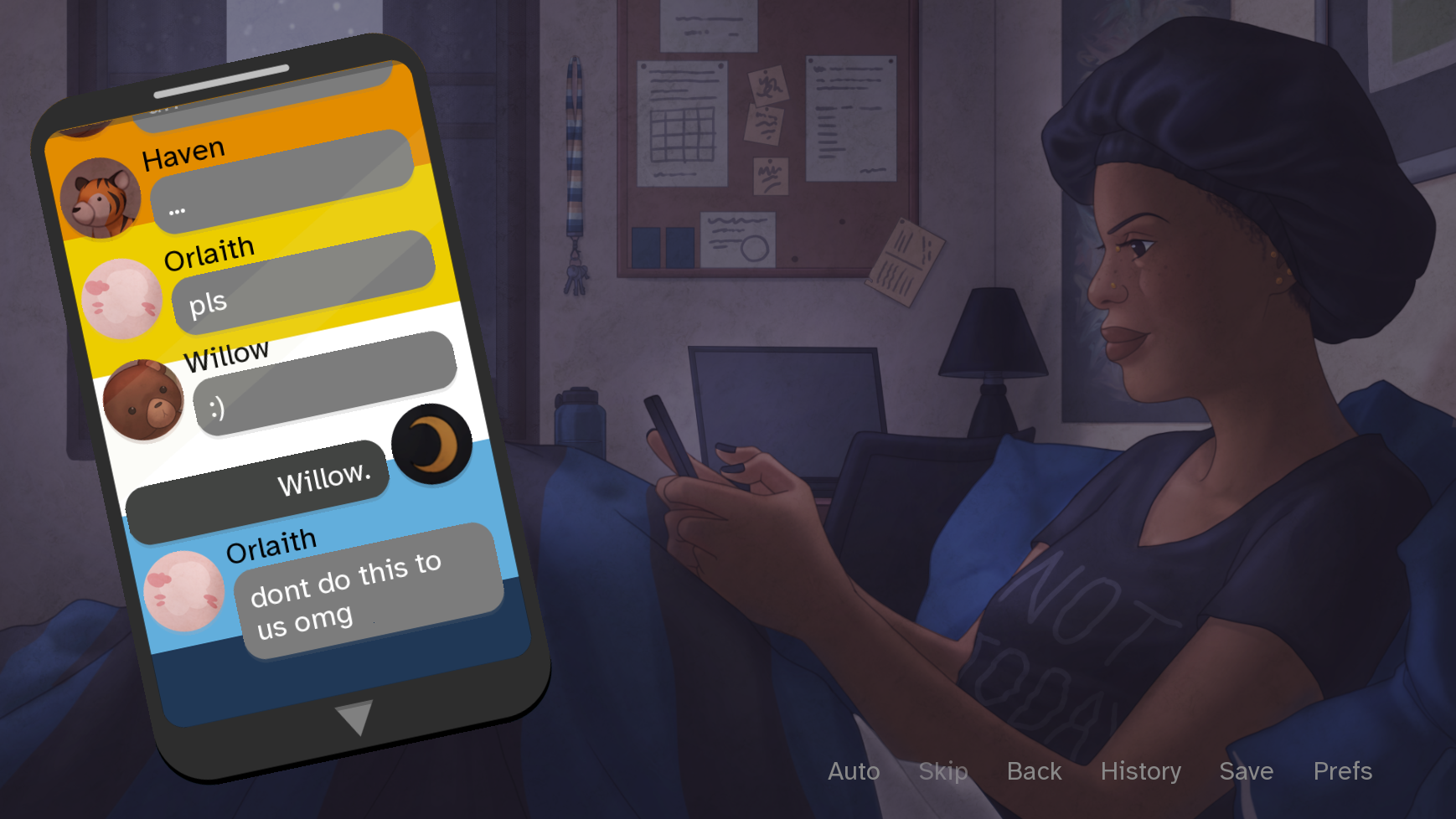 How We Show Love is one of the shorter entries to the Winter VN Jam. It is around 3,000 words and can net you anywhere from fifteen to thirty minutes of game time. The experience can be a bit longer if you’re trying to get multiple endings or see different choices. However, don’t let the short playtime fool you! How We Show Love packs a big punch.

You play as Saoirse, a college student who’s staying in the dorms. The story starts the day after a New Year’s Eve party, with Saoirse in bed texting her friends. You get to see the dynamic between the group, which is a fun addition! I wish there was more dialogue between them so that we could get to know the other characters more. Their social dynamic really shines through, and some of the dialogue being sent out is super relatable. Some are messages I’ve even sent out to my own friends!

The game is fully voice acted apart from the text messages. I really enjoyed this aspect, as I was able to sit back and let the game run on auto. The only two characters to get a face to their name are Saoirse and Orlaith, which makes sense considering that the crux of the story is theirs to tell. I found the best imagery in the CGs, which are both detailed and beautiful. The development team focused on diversity in this game, adding a refreshing and much-needed perspective. I applaud the team for even going so far as to allot a spot for a sensibility reader on the team! 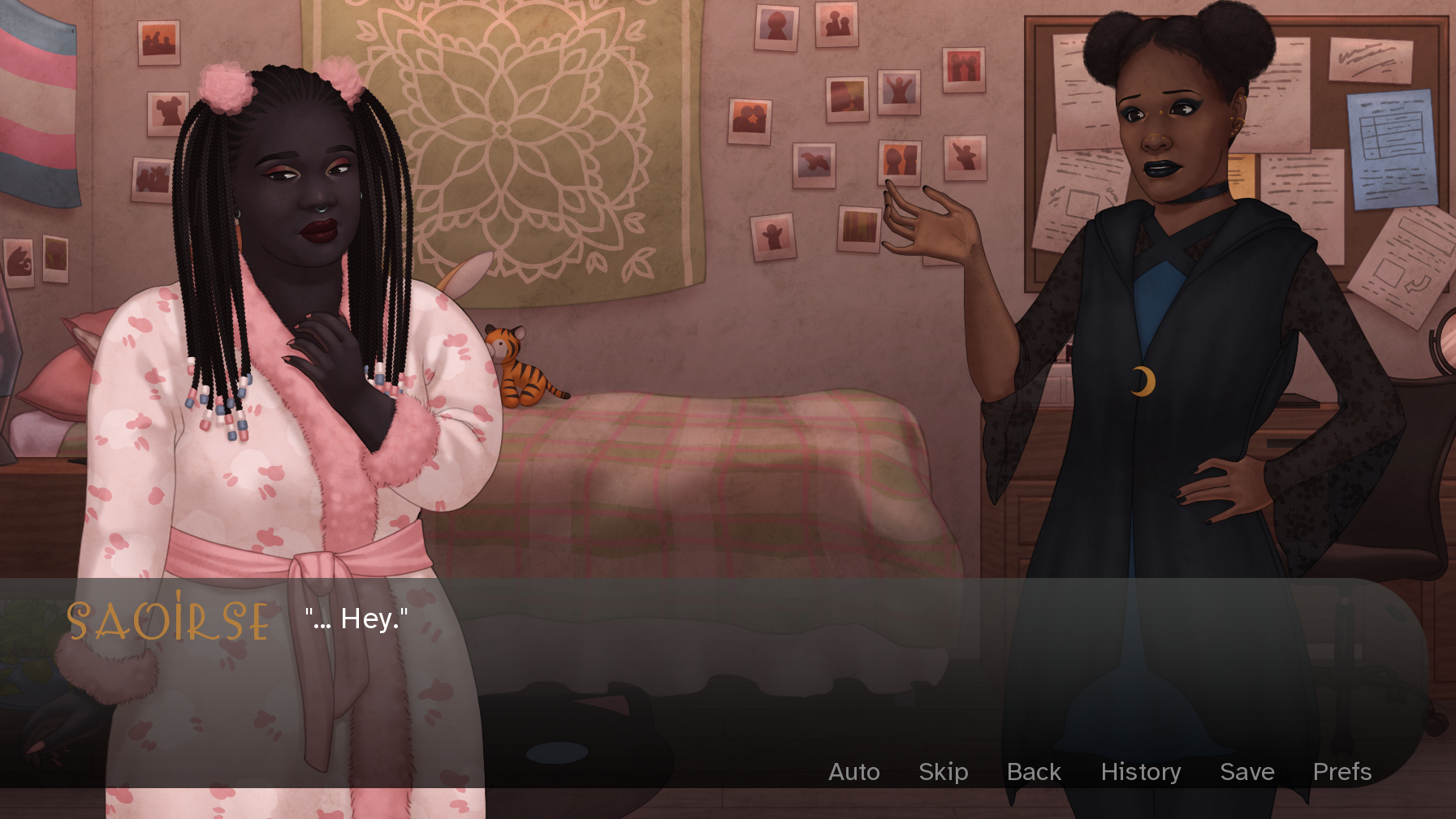 Realism seems to be a theme with How We Show Love. Everything feels like it could happen in the world right now. The game hits upon heavy topics in a thoughtful and meaningful way. There’s mention of the pandemic and the stresses that come with it. The game also touches upon complicated feelings of love and how different people wrangle with these emotions.

My biggest complaint about the game is the length. While the content it covers is powerful and hard-hitting, it feels like the player is thrown into the action. I’d have liked for some more buildup. One of the endings doesn’t leave me feeling completely satisfied and makes me want to go back and try again to see if I can actually get through to Orlaith.

All in all, however, I’m aware of the game’s development time and applaud the team for completing their game in the frame! 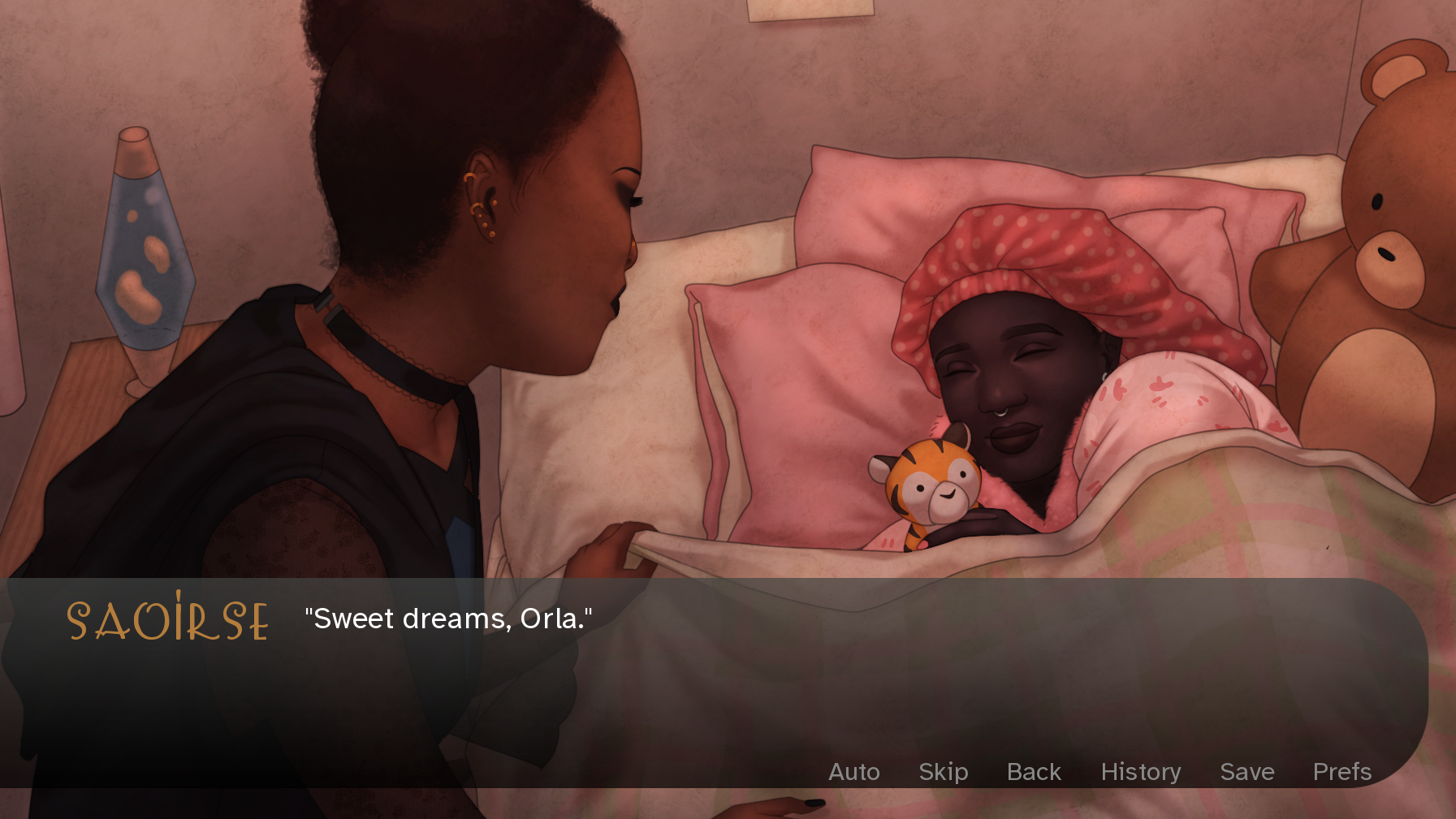 How We Show Love is a game that features diverse characters and their complex feelings. With great art, full voice acting, and a realistic story, it really is a game worth playing. If you have an extra half hour to spare, I’d recommend playing through the multiple endings!

You can play the game for yourself on itch.io.