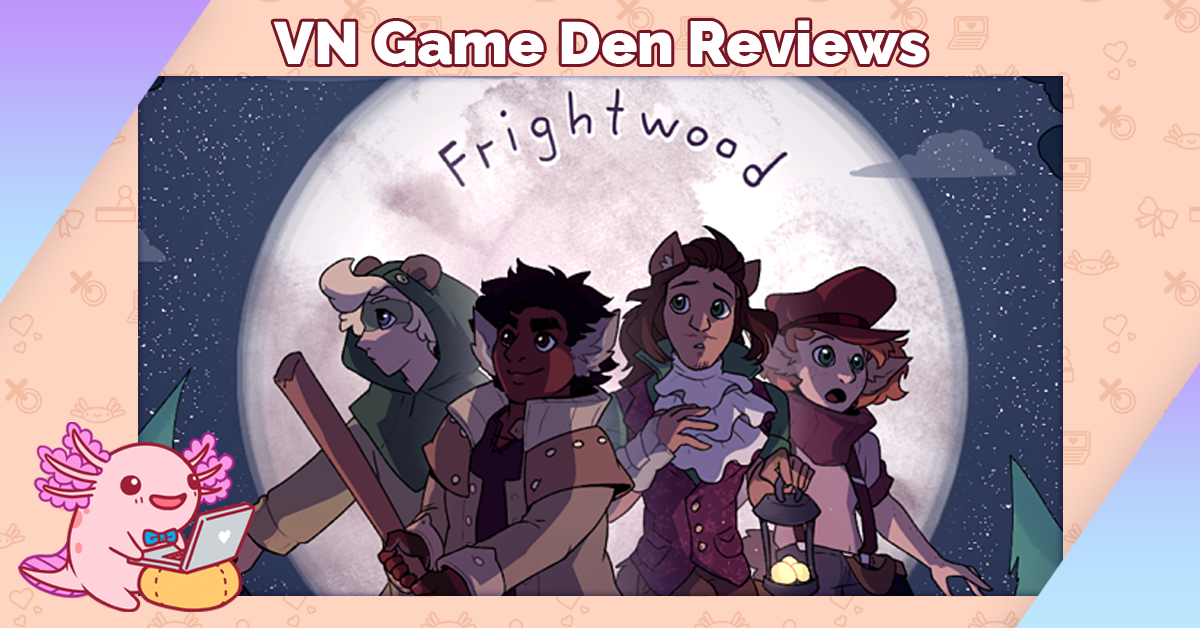 Enjoy a Halloween adventure in this short free game by LadyIcepaw that was released for the Spooktober 2021 VN Jam.

Frightwood is an entry to the 2021 Spooktober VN Jam. In this short tale, play as Janus, an elven boy who ventures out into the forest on Halloween night to earn secret treasure.

Frightwood is a prequel to Lovewood, which we’ve already reviewed on the site! However, no knowledge of the previous game is needed to enjoy this installment. 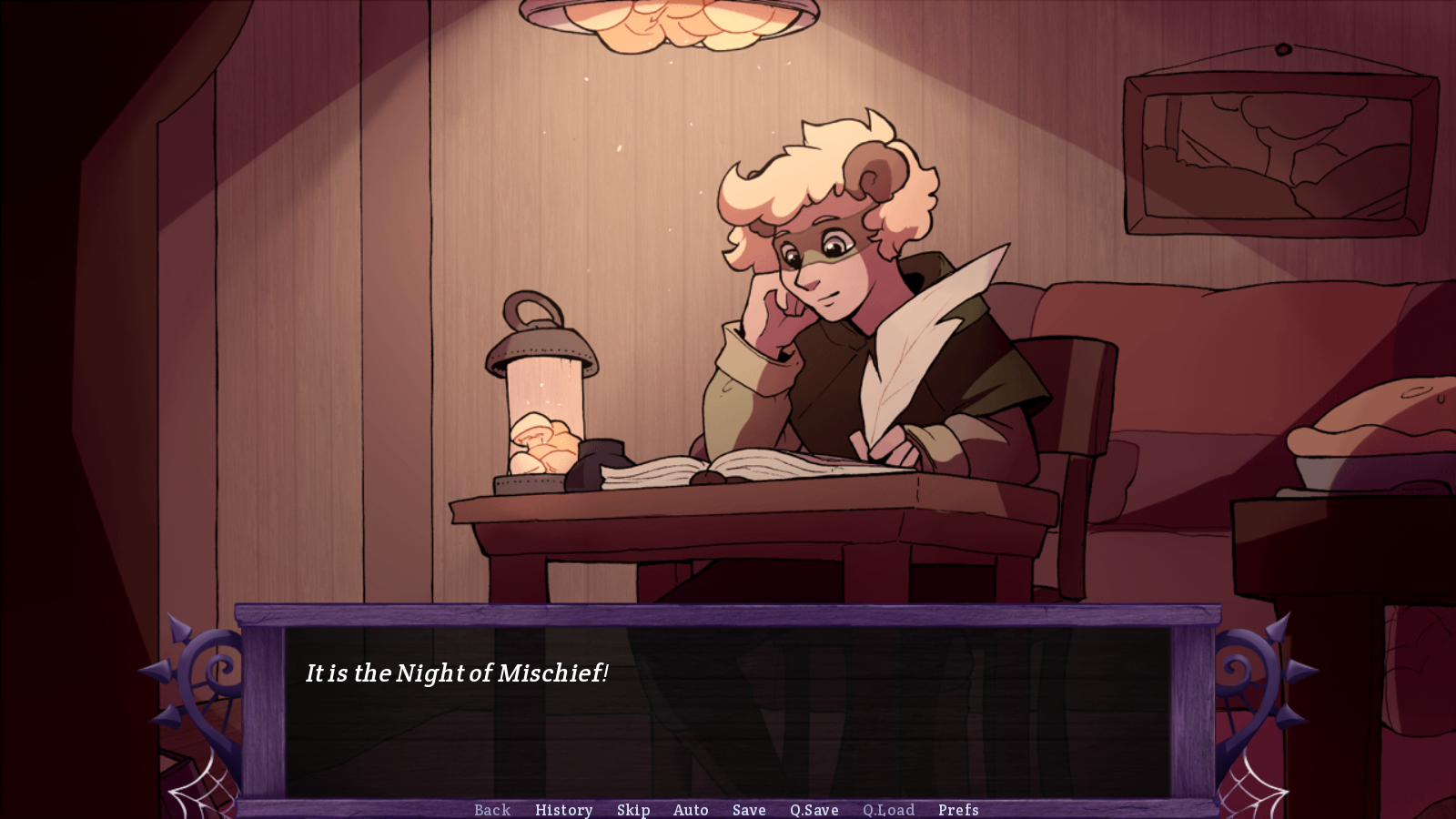 If you’ve already played Lovewood, Frightwood is an absolute delight. You’ll get to see the main cast of characters as teens. They band together (some intentionally and others serendipitously at the right place and the right time) to find a mysterious treasure.

Players get a glimpse into the pasts of familiar faces Moth, Blossom, and Aleth. Fortunately for new players, they’re not introduced as people whom we’re expected to know about already. The fact that this is a prequel to Lovewood lends itself to that purpose, so every introduction really does feel like the first time we’re meeting the characters.

I was actually glad to get some insight on the characters and their backstories, especially Moth. It adds so much more depth to him and his struggles in both this game and Lovewood. 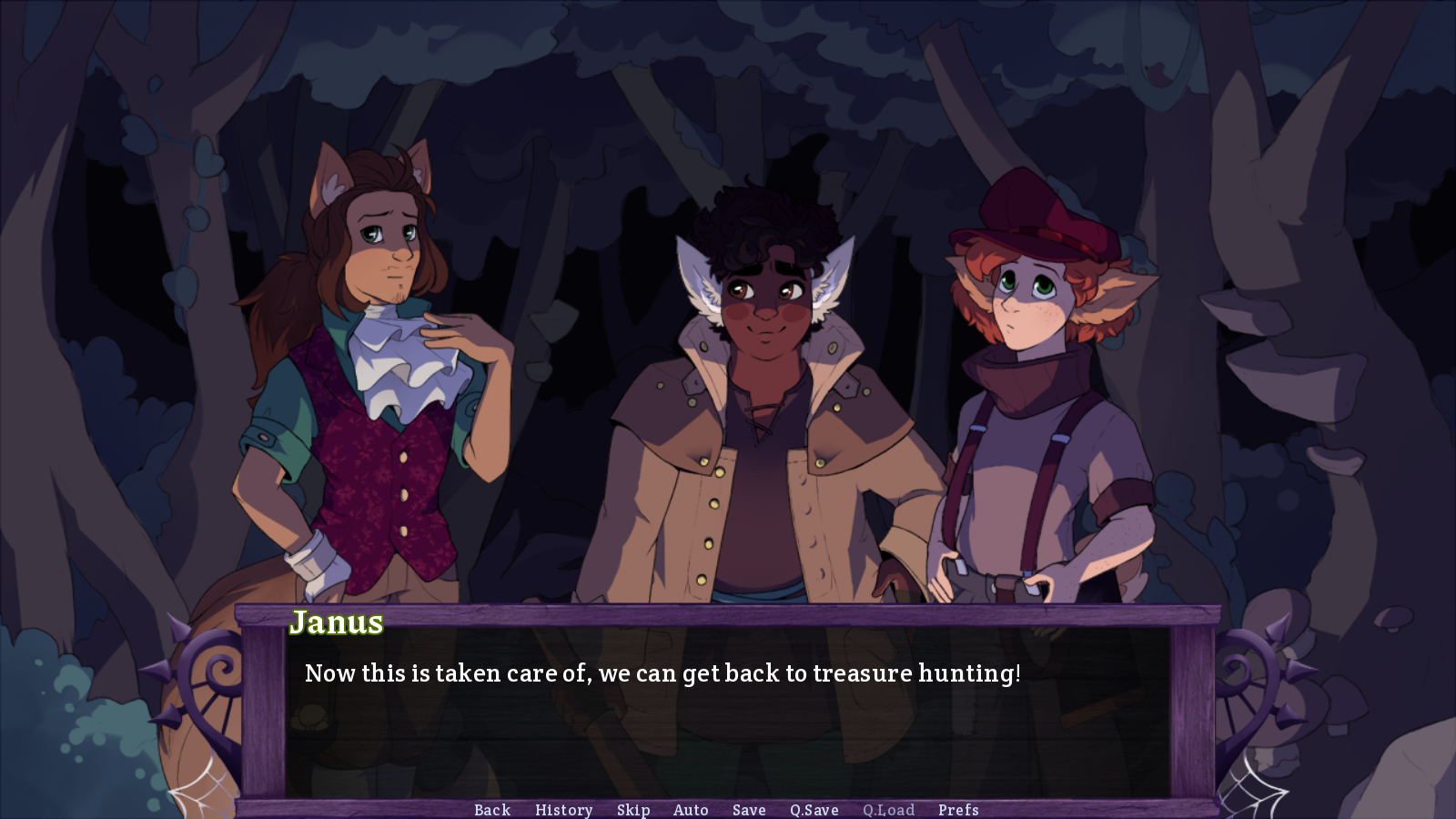 Frightwood is short, about a 20 minute playthrough. The events encompass only a single night. While the conflict is resolved and the game ends on a satisfying note, the journey to this is a little bumpy. Action-packed scenes are whittled down to a few sentence resolutions, making the high-stakes events in the forest feel like the smallest thing that happened that night. Furthermore, the choices are few and far between and feel meaningless, and some interactions between characters (such as how trusting Aleth is with the group despite only just meeting them) feel like they need more fleshing out.

However, given the jam’s limitations, it’s still impressive how much the developer was able to accomplish in a single month. Take, for example, the astounding amount of art in the game. Every key scene has a CG, to the point where it feels like sprites on top of backgrounds are the shockingly minority occurrence. The art is so well done too, so nothing really feels like a rush job on the artist’s part. The UI complements the rest of the game’s aesthetic perfectly.

There are some scenes without any music, which I think detracts from the spooky ambiance, but I’m willing to overlook it for the simple fact that the developer gave us so much more in the span of a month’s jam. A highlight for me is the developer’s attention to creating a welcoming experience for all kinds of players, with a plethora of accessibility features. 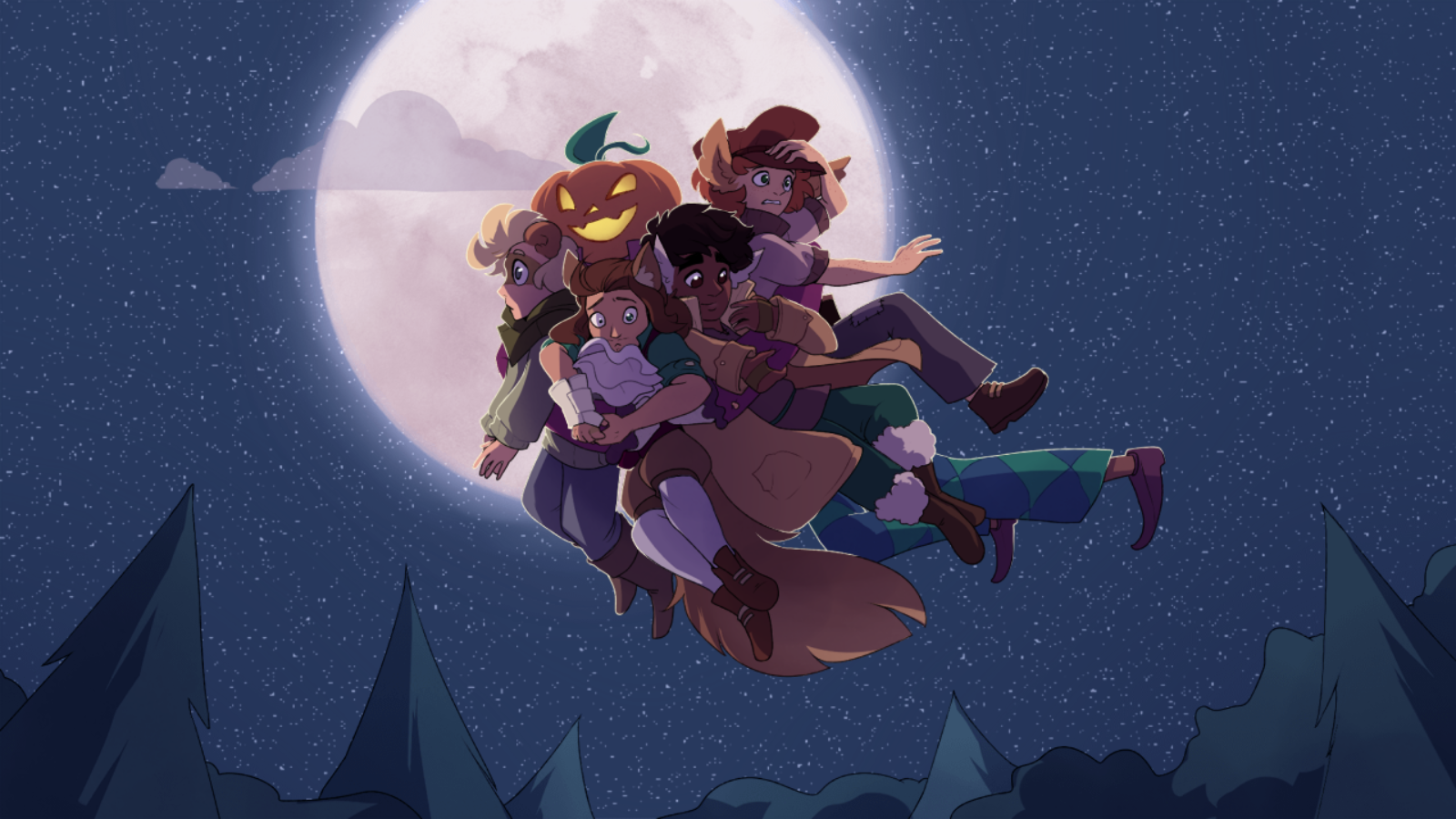 If you played Lovewood, I’d highly recommend playing this prequel to the series, because it adds on to the lore and character backstories. If you’re looking for a short read about the power of friendship (with the added goodness of Halloween fun) this is also a good game to try out for yourself.

You can get Frightwood for free on itch.io.