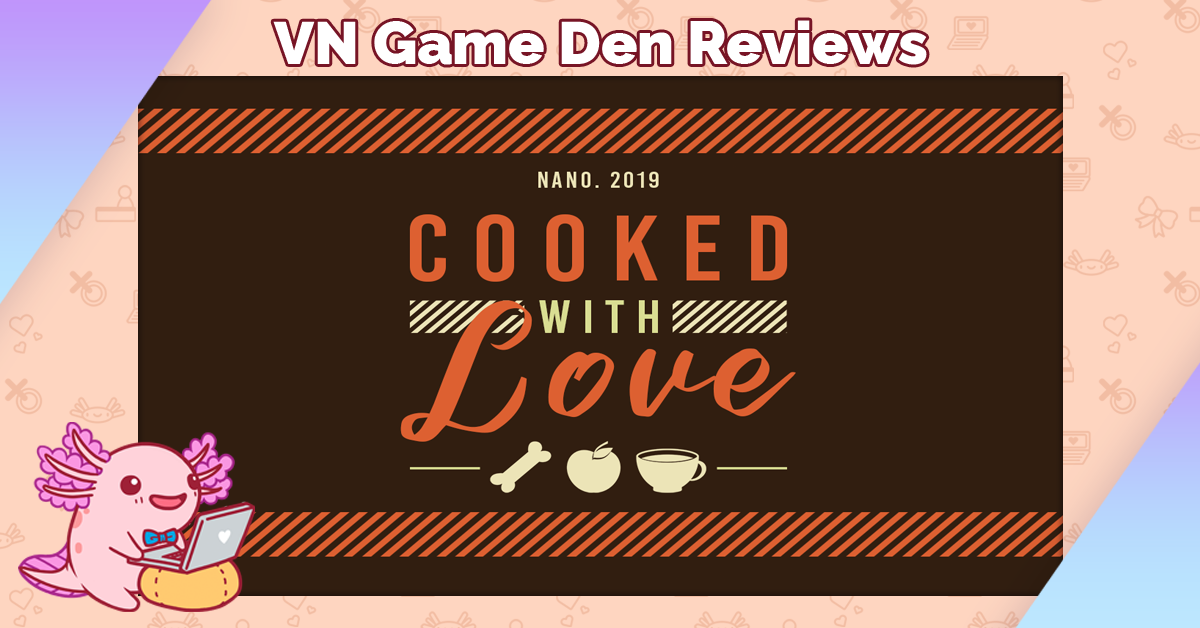 In this short visual novel by STARDUST★SODA, take control of Perry as you scramble to cook a nice dinner for your date with scraps of food from the fridge.

Cooked With Love is a short interactive visual novel developed by STARDUST★SODA about love, friendship, and cooking. Follow Perry as they try to cook their way out of an awkward situation! 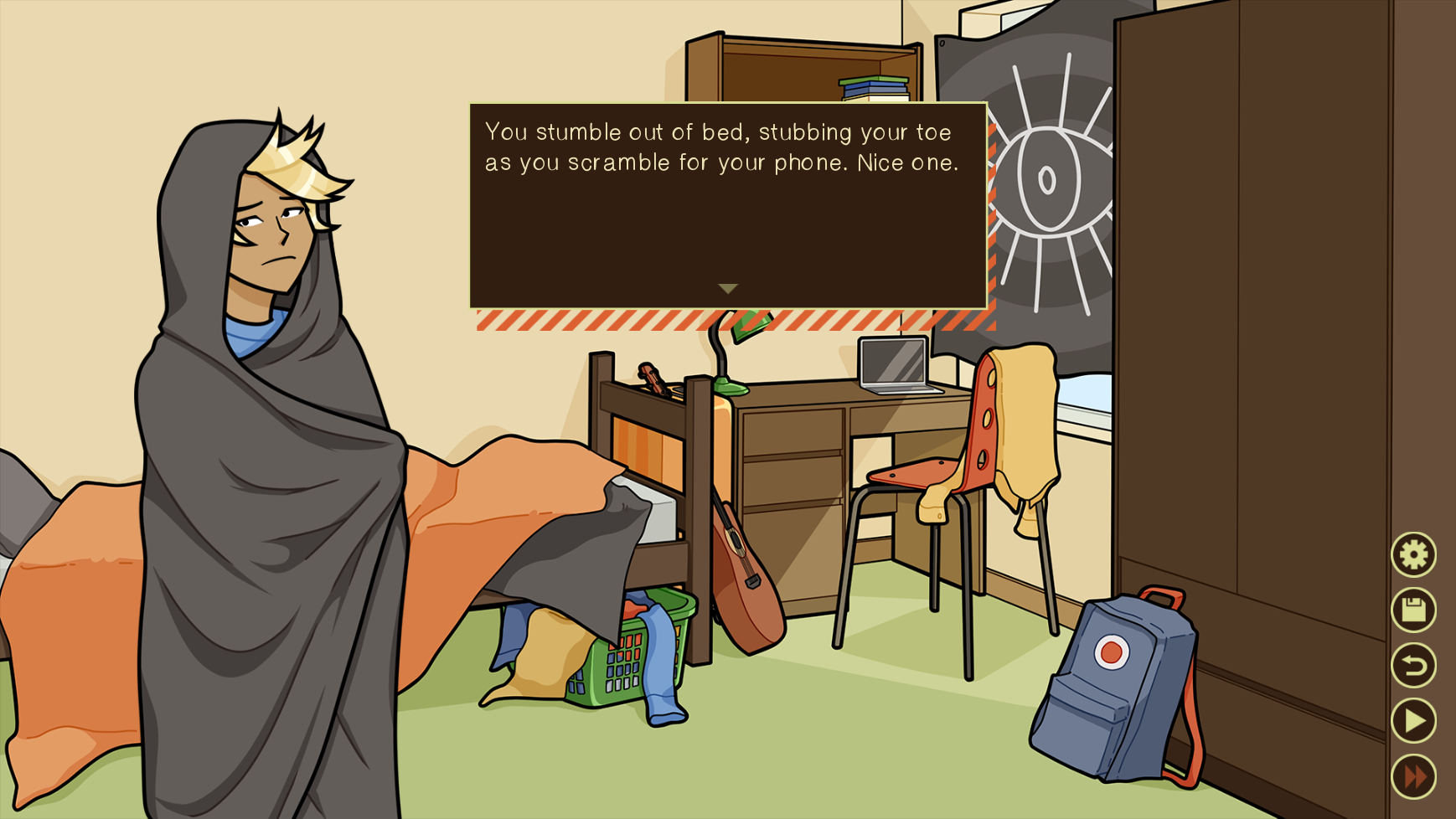 When you first load up the game, you’re met with some fourth-wall-breaking humor which works well to establish the comical tone of the rest of the visual novel. You’re able to choose how your version of Perry looks, what their name is, and what pronouns they use. This is a great touch which welcomes many different kinds of players.

As the story progresses, Perry’s personality becomes evident. They’re awkward, sometimes forgetful, and a seemingly nervous wreck, but they’re also personable for these very reasons. Perry feels real, encompassing the same feelings of anxiety and even a level of self loathing that many of us have faced in our own day to day lives. Some of the dialogue is over the top, but I’m able to overlook it as part of the game’s humor and charm.

Though each playthrough is only fifteen to twenty minutes long, there are two routes and eleven endings. You can replay the game a few times to create new meals, experience different dialogues, and end the night in a new way. 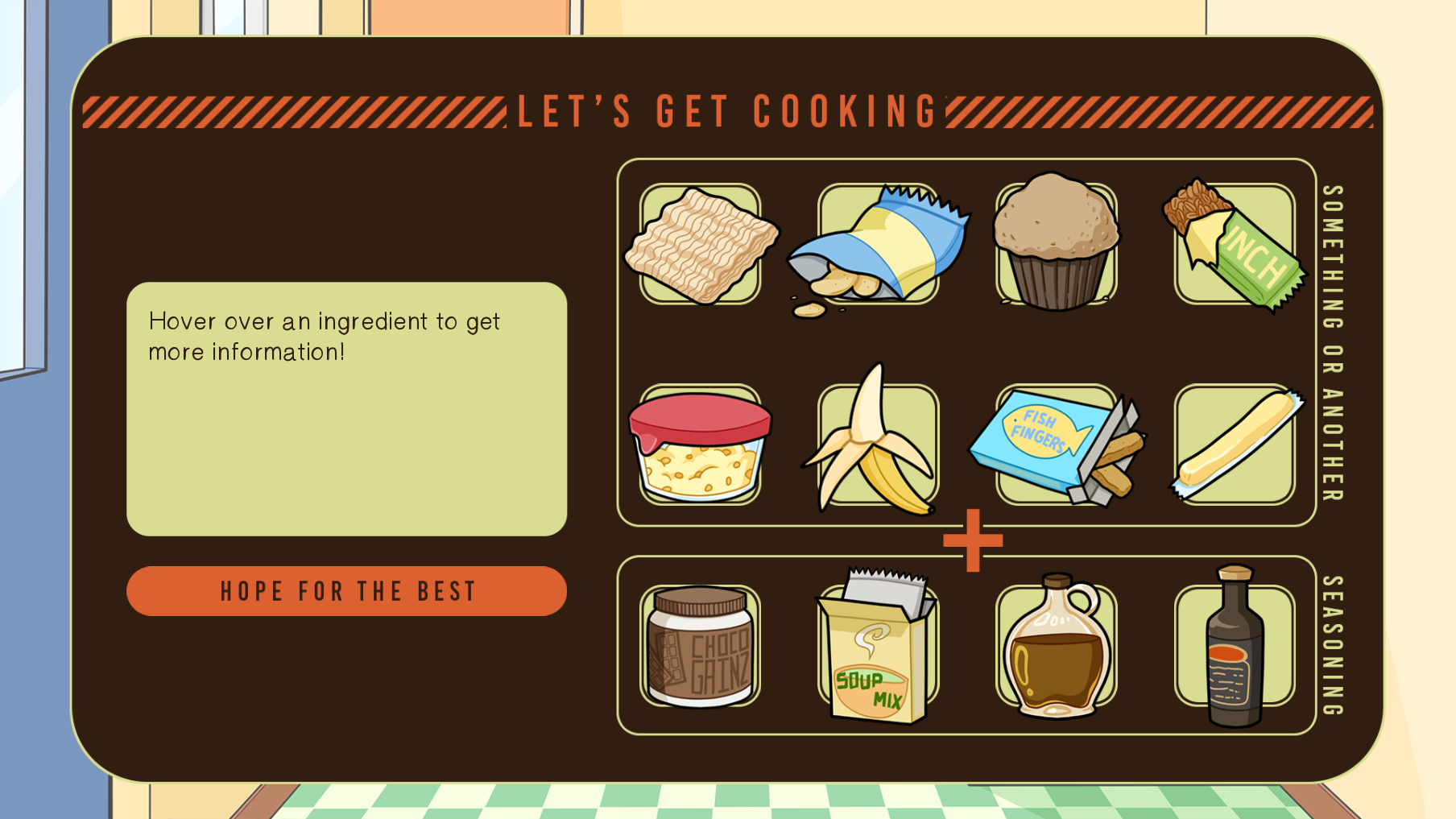 The art style in Cooked With Love is unique for a visual novel. It looks like something you’d find in a TV cartoon, giving the game a more modern feel. The backgrounds, sprites, menus, and even food items all seem to be in the same style. The quality and abundance of art is quite impressive considering the game was made in a month for NaNoRenO 2019.

A nice mechanic added to the visual novel is what the developers call a crafting minigame. You’ll be able to choose what Perry makes for dinner by selecting two to three ingredients that you’ve found in your fridge. Once you use an ingredient, it becomes locked for the next course. The game takes it further by inventing a wacky set of dishes that the player can make by combining seemingly odd ingredients like adding maple syrup to ramen. The results of these creations earn some funny dialogue from both Perry and the person they’re having dinner with. 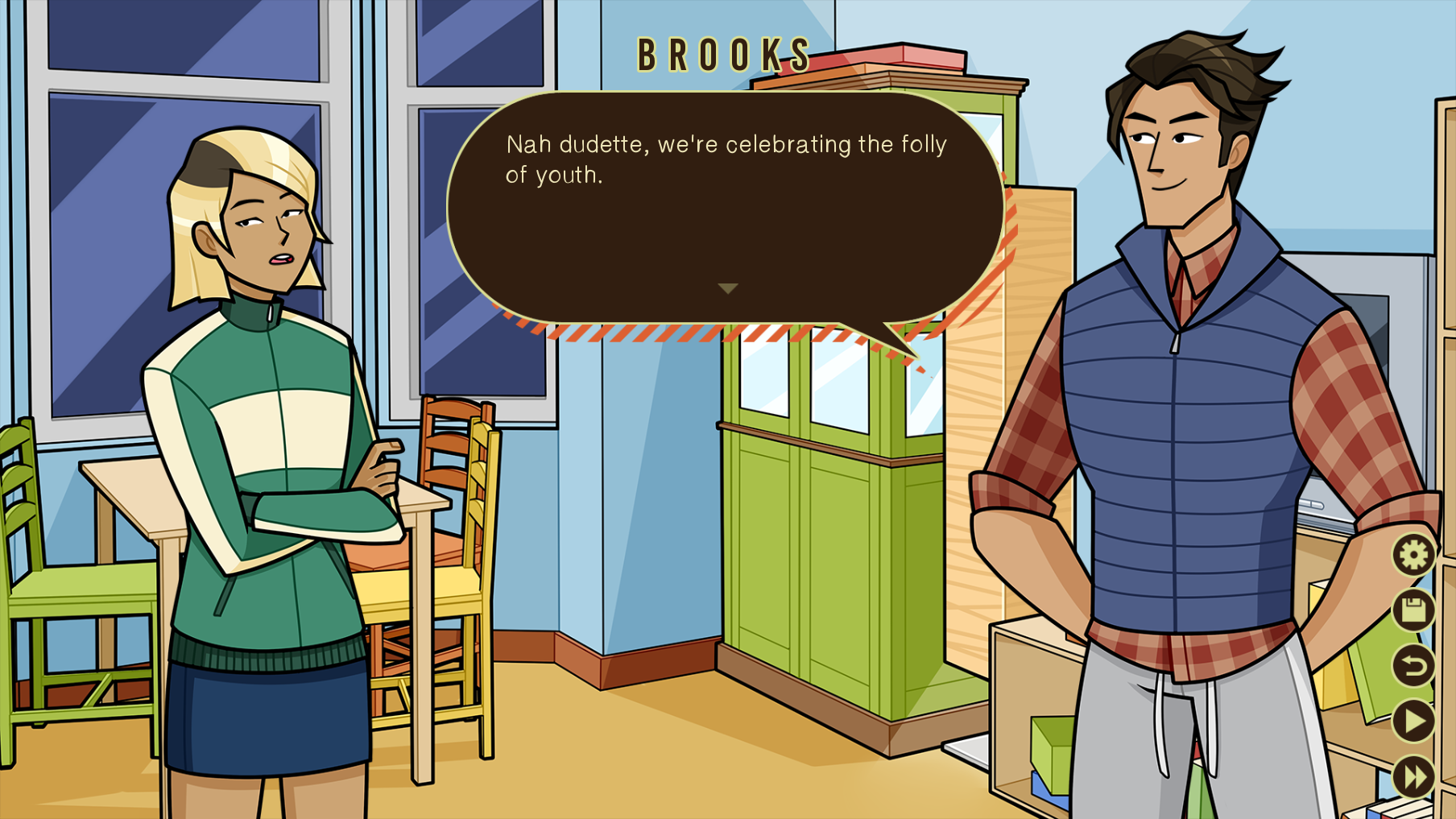 Cooked With Love is too short. While there are several endings and dinner conversations, they’re not at all impactful beyond making the player laugh. While this may be the intention of the game, I do find myself wishing to get more information about Perry’s relationship with the others beyond the scarce facts that are given to us. This game was made in only a month, and given all the additional features, it’s understandable why the developer didn’t spend more time exploring character backstories.

Cooked With Love is a fun way to spend fifteen to twenty minutes. While getting the perfect love ending for a certain route may be challenging, it’s fun to experiment with the dialogue and food combinations. You may find yourself coming back to cook dinner for your roommate or date more than once!

You can get Cooked With Love for free on itch.io.