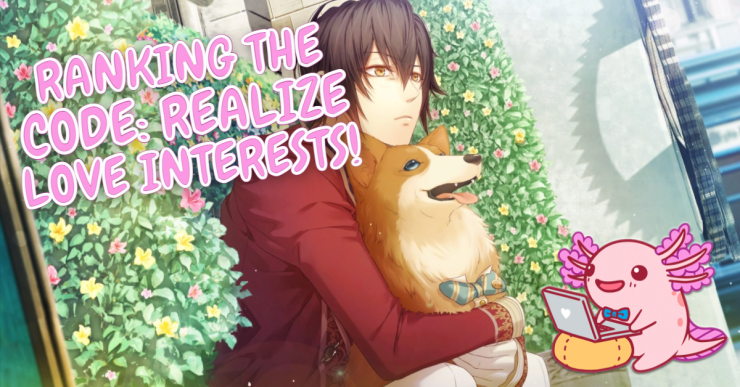 Code: Realize has some really amazing love interests, but which one reigns supreme?

Code: Realize was originally released in Japan on November 27th, 2014 on the PS Vita. It saw its localized English releases in North America and Europe in October 2015. Since then, the series has seen multiple fandiscs, an anime adaptation, and ports to other systems, including the PS4 and Nintendo Switch. To say this is a series talked about by many otome game fans would be an understatement!

It’s 2022 now, and all these years later, I’m still head over heels in love with the game’s steampunk aesthetic and uniquely engaging premise. I talked about Code: Realize in my article “Romances You Have to Work For” and let readers know that in order to unlock Lupin’s romance route, you’ve got to complete all the others. Having sat down through all five of the romance routes, I’m ready to let you know my verdict on how each love interest ranks!

Disclaimer: This is solely my own opinion. There are other VN Game Den team members who may disagree with my ranking. I encourage you to let me know how our rankings match, or don’t match, in the comments! 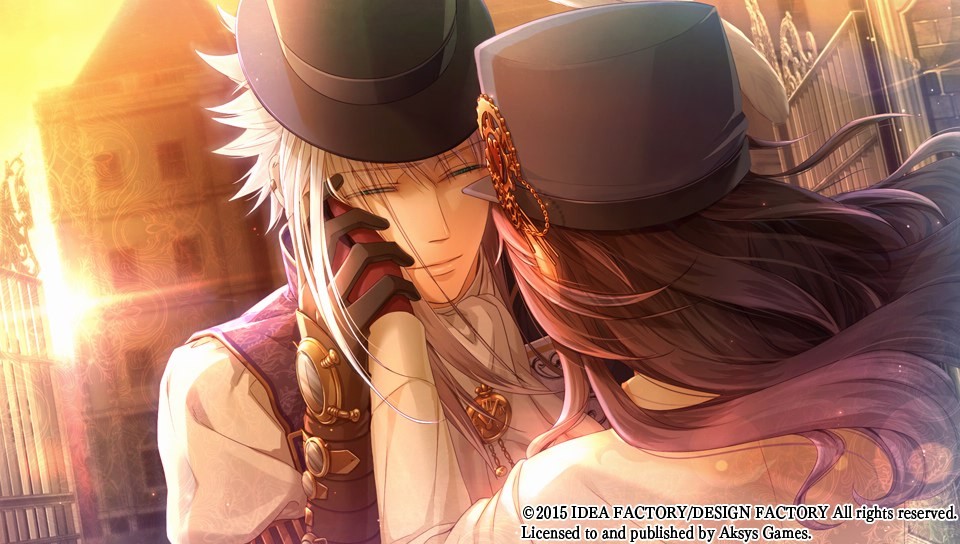 Saint-Germain is an interesting character and one who I was actually really excited to romance. I was sure that with his amiable personality in helping Cardia that he’d have a sweet romance route. Boy, was I wrong. There was nothing sweet about being held hostage in the mansion and berated by the man I was trying to seduce. However, Saint-Germain does have a wildly interesting backstory that I wish was explored more in the game’s main lore, because it’s fascinating and really fleshes out the setting. Unfortunately for me, this was the most interesting part of his route, and I found clicking through it to get to the end almost painful. 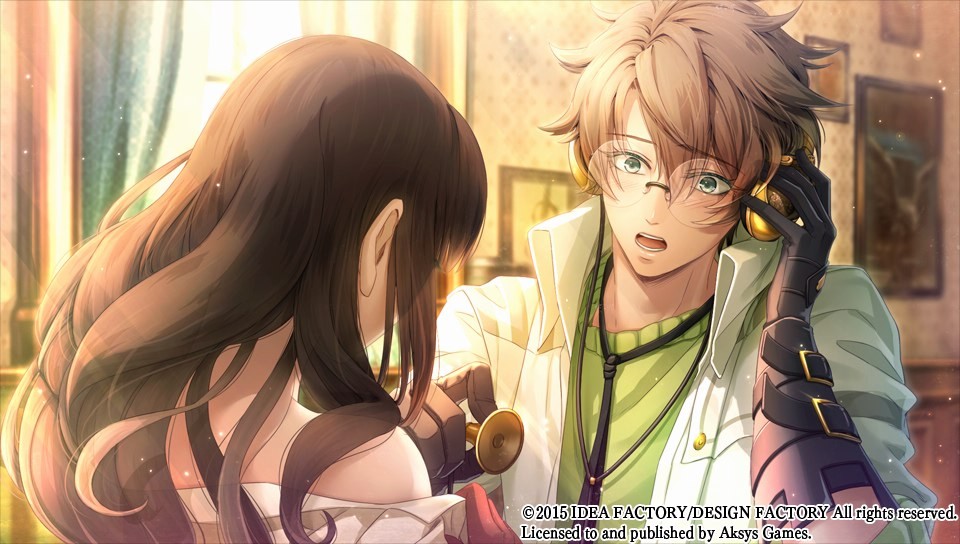 I will start off this section by letting you know that I do not usually go for the soft-spoken intellectuals in my otome games. That may very well be the reason he ranks so low on my list. I know there are quite a few fans of this precious cinnamon roll! Victor’s storyline is sweet. He helps Cardia by creating the clothes she wears and other items she touches so that they won’t melt. In spending so much time with Victor, Cardia learns a lot about the soft-spoken man and the two form a genuine bond.

He sounds like a wonderful guy, right? You must be wondering why he scored so low. To me, even though there was quite a bit of action in Victor’s route and I was pleasantly surprised by the direction of it, Victor’s well-mannered scholarly attitude felt boring to me. Sorry! 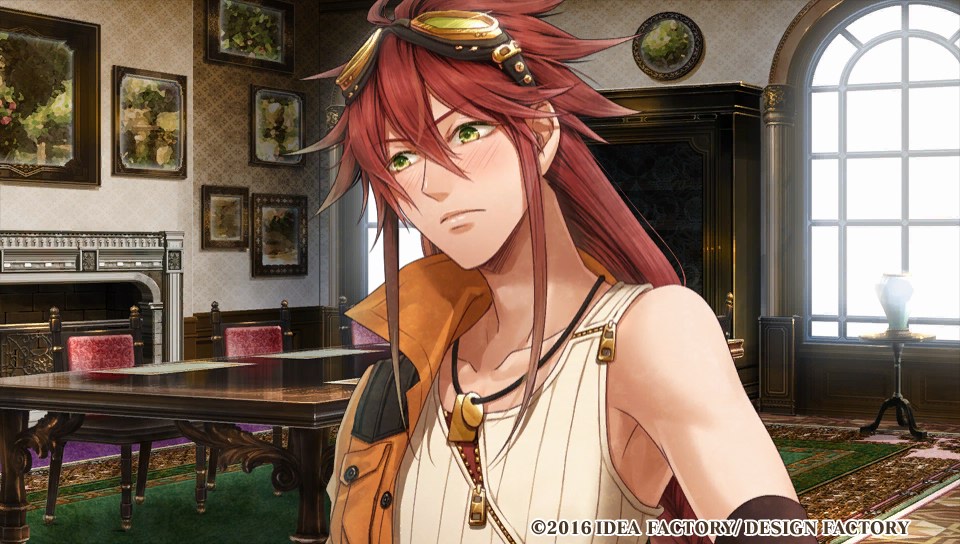 Impey was the first love interest I went after in Code: Realize. I was drawn in by his fiery red hair and energetic disposition. I really loved that Impey played the part of an inventor because a lot of people don’t seem to take the man seriously, even though he proves time and time again that he’s both dedicated to Cardia and capable of protecting her. Overall, Impey’s storyline is one that has continued to stick with me even years after I first played the game. There are so many fun action-packed scenes! And I guess I’m also biased because I loved both Impey’s voice and his design! 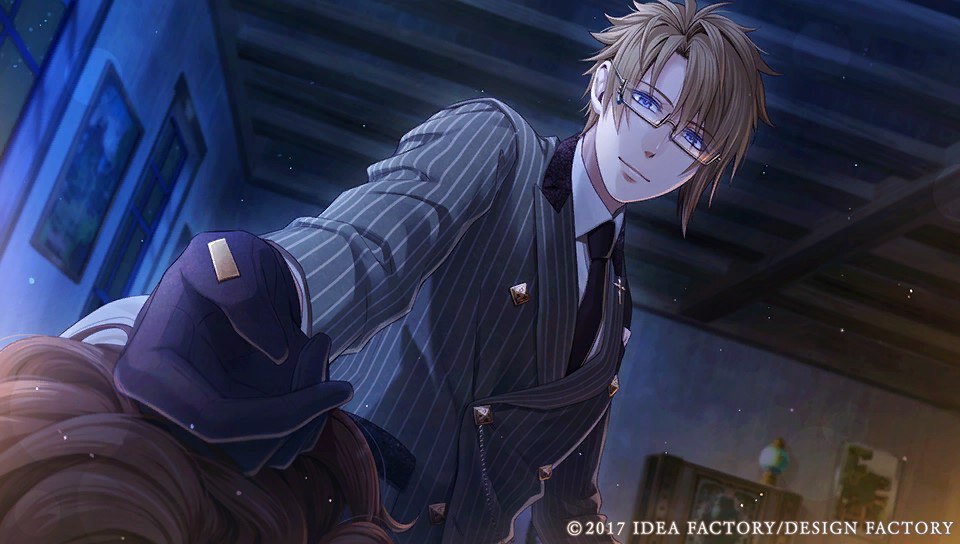 Our team’s marketer, Courtney, adores Van Helsing, and I agree with all of her hype for this man. Van Helsing was a surprise dark horse for me. I hated him in almost all of the routes I saw him in because he was so aloof and seemed unapproachable. However…Van Helsing’s storyline opens up some brand new lore in the Code: Realize universe, including the introduction and exploration of the vampire war. His storyline was refreshing, and I loved seeing a new side of the story. But what’s most impressive of all is the way Van Helsing and Cardia’s relationship blossoms over time. It’s definitely a slow burn, but one that is certainly well worth it. 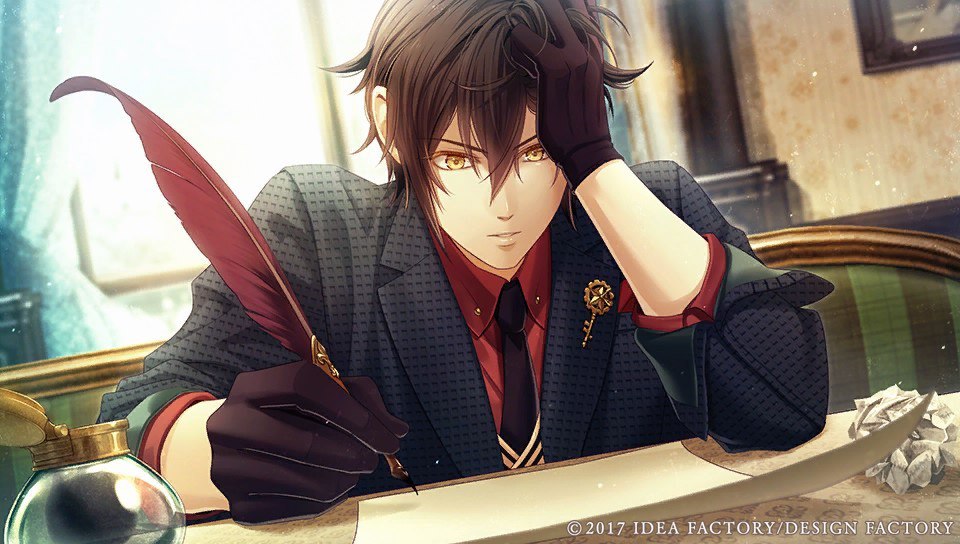 I absolutely love Arsène Lupin in Code: Realize. He seems to get a bad reputation from some fans, as not only is he the man on all of the game’s packaging and marketing materials, but it seems like he’s foisted onto you as Cardia’s one true love interest. Even in routes that aren’t his own, Lupin takes up a large portion of them, especially in the beginning. You also have to complete all of the other routes to even unlock his, making Lupin the ultimate romance for Cardia.

In my personal opinion, Lupin deserves to be hyped up. I feel like his relationship with Cardia falls together quite naturally from the moment he saves her from her chains. He continues to be by her side, no matter what happens, and in the end proves himself to be a worthy suitor for Cardia. All I’m saying is that there may be a good reason the developers push his romance so hard towards the player!

Do you agree with my rankings? Let me know where you’d place each love interest on your list in the comments below!