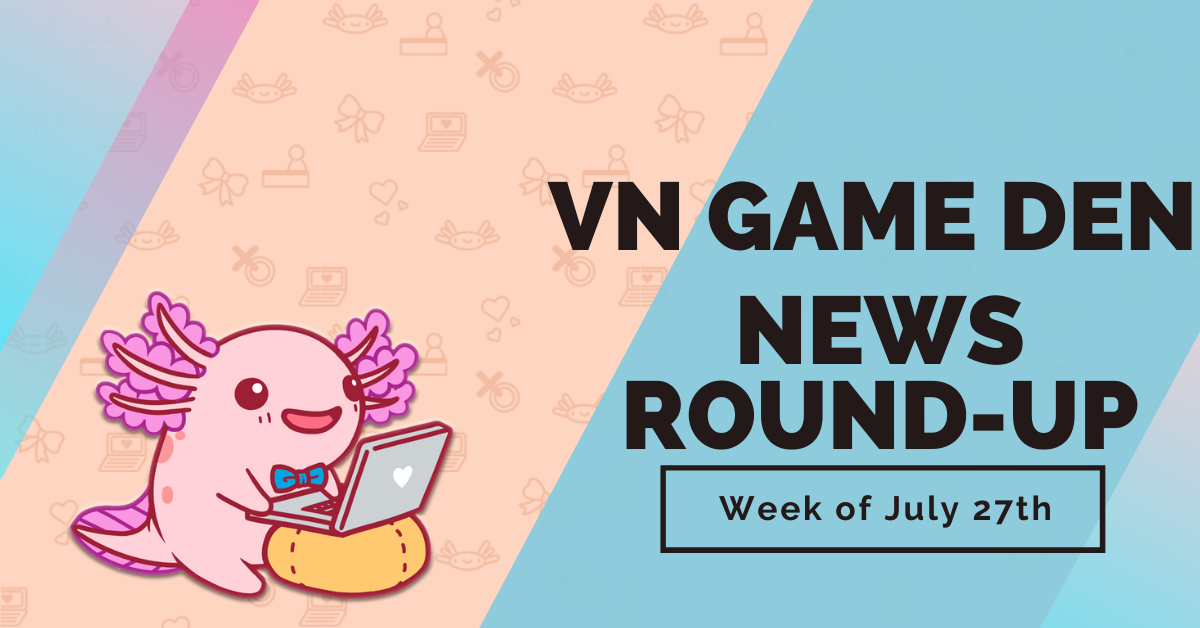 News Round-Up for the Week of July 27

What’s new this week in the world of visual novels?

Frigid Delight Studios has launched their Kickstarter for Sinsations, an 18+ supernatural BL visual novel with full voice acting. The campaign ends September 10. The demo is available to play on itch.io.

Piofiore: Fated Memories to Launch for Switch in the West

The otome visual novel from Otomate and published in English by Aksys Games launches October 8th on the Switch for $49.99. First run copies in North America will include a set of six exclusive character cards.

Developer Route 59 announced on the game’s Steam page that free DLC is currently in development. The first DLC release will focus on gameplay and systems. Additional releases will focus on providing new chapters set within the Terminal and expanding the stories of a number of side characters.

Higurashi When They Cry Getting Mobile RPG Spin-Off

D-techno and Smileaxe have announced Higurashi When They Cry Mei, a free-to-play RPG for iOS and Android that will feature in-app purchases. A release date has not been announced.

Everyday♪ Today’s Menu for Emiya Family has a confirmed North American release according to the Japanese twitter account. The game is not a visual novel; rather, it is a cooking game featuring the characters from the Fate series. Due to COVID-19, the release has been delayed in Japan, and the follow-up English release is expected to be, as well. It will release on the Switch.

After being specifically revised for a Steam release without sexual content, adult game Bokuten—Why I Became an Angel from Overdrive and MangaGamer was pulled from the storefront without notice seven months after release. Developers on the project say they received no warning before the ban and had made no changes to the game after the initial Steam review that approved it.

A letter from Steam to MangaGamer’s PR director John Pickett, however, claims adult content was added after the initial review, something Pickett refutes. Additional comments by Valve’s VP of Marketing Doug Lombardi clarifies that Bokuten was removed for allowing access to adult content with underage characters through an external patch. Pickett, in response, compared this to an adult mod for Skyrim, stressing that no adult content for the game was ever released via the Steam storefront. Pickett also denied that the activated 18+ patch involved any underage characters engaging in sexual acts. This story is ongoing.

An announcement on Sekai Project’s Kickstarter for Rewrite+ announced that additional translation quality control has delayed the release from November 2020 to January 2021.

In the r/visualnovel subreddit, the developer of Kocho, a mobile visual novel engine and distribution network, announced an iOS version of the app that’s already available for Android in the Google Play Store.