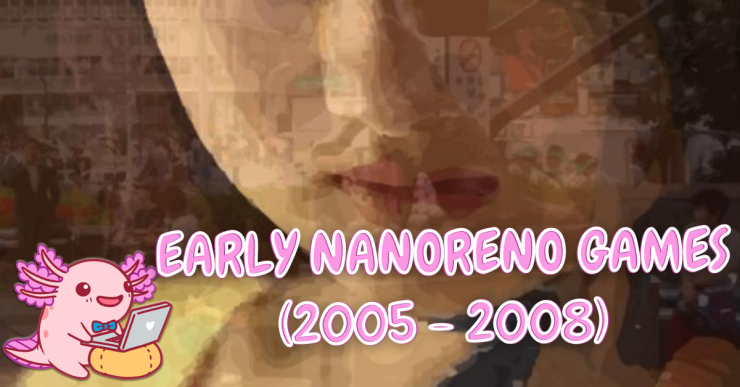 In last week’s article, we took a look at some past NaNoRenO entries from the years 2015 to 2020. However, the jam’s history is much longer than what’s been hosted on itch.io! Luckily for us, the Lemma Soft Forums have archived even older entries to the jam, some of which we’ll be taking a look at today. 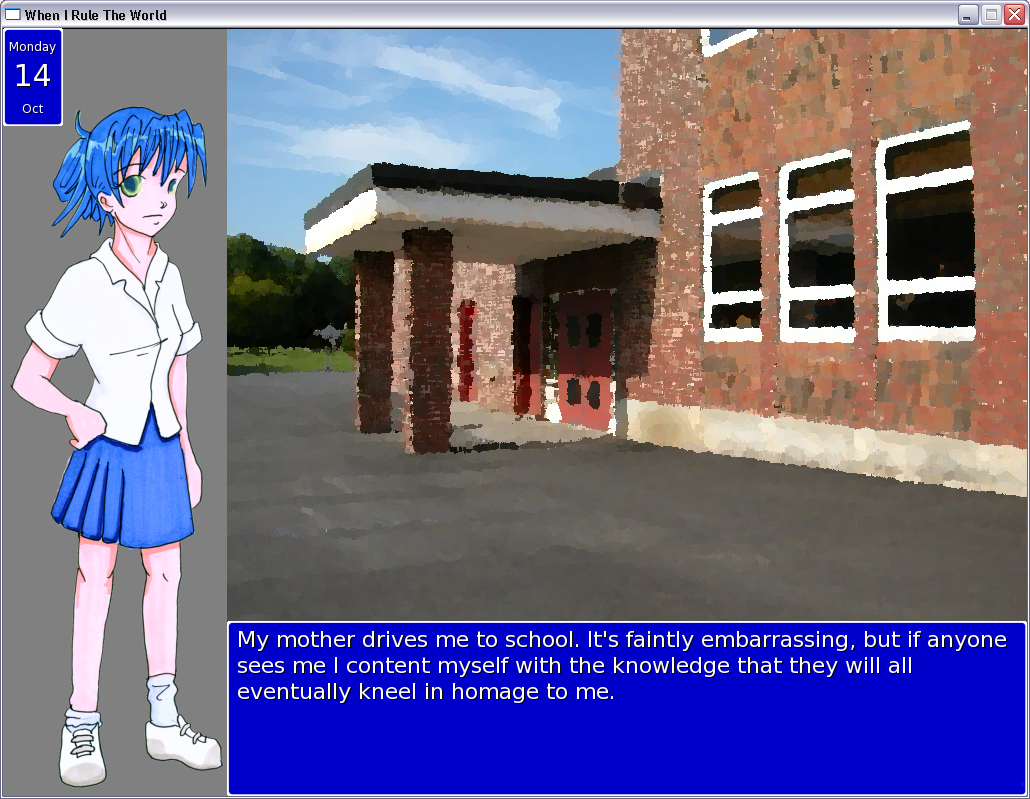 The first ever NaNoRenO game jam was hosted in 2005 and saw the release of six games. The jam itself was inspired by two other writing challenges: NaNoWriMo and NaNoMangO. Both of those challenges task challengers with creating something brand new (a 50,000-word novel and a thirty-page comic, respectively) from start to finish in a single month’s time. NaNoRenO’s stipulations are similar, despite having no minimum length requirement.

Let’s take a look at some of the earliest entries from 2005.

When I Rule the World

This game was first released on March 31st, 2005 by chronoluminaire. Play the role of Selena, a young school girl who has been chosen by a secret organization known as the Agency to be the leader of the new world.

Developed by Rio, this game allows players to become a member of the Garden Society in their new school. Will you make friends, become lovers, or something else?

In the year 2039, humans no longer live on the planet Earth. In an effort to ensure humanity’s survival, a young man by the name of James illegally goes to Earth. Who knows what he might find? 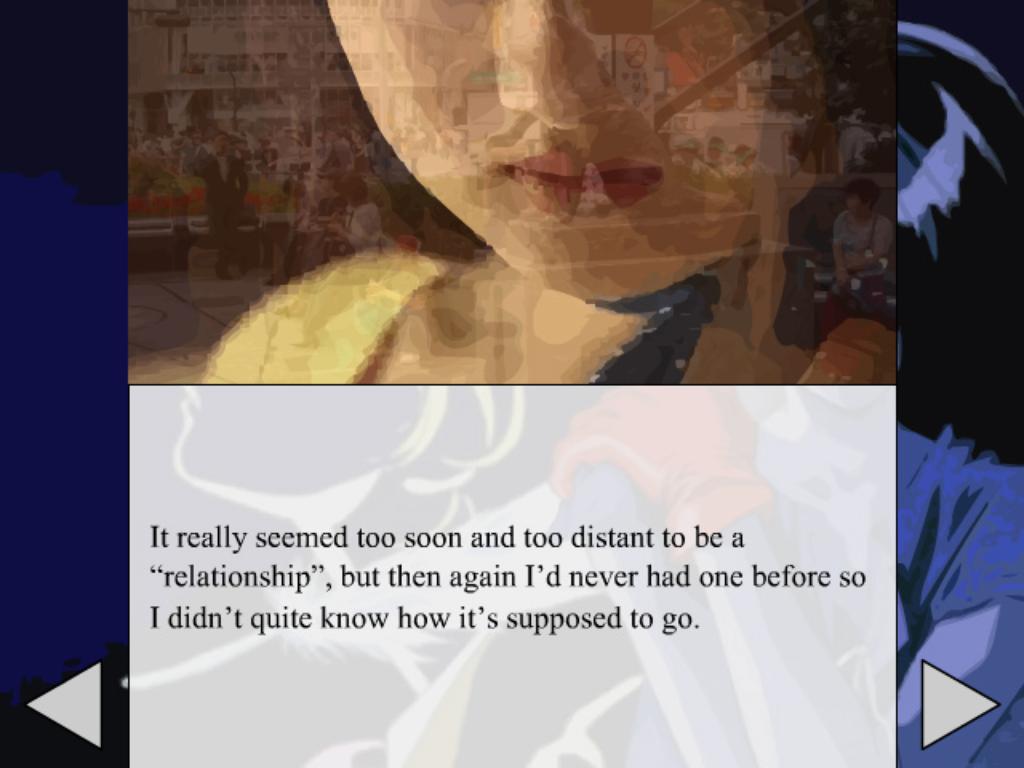 2006 saw the introduction of IntRenAiMo, an addition to the NaNoRenO game jam which offers creators the opportunity to finish a project that they’ve already started, but in a month’s time. This particular sector of the jam has two publicly archived submissions. NaNoRenO continued as it had the year before, but with fewer entries submitted (or properly archived).

Join an elusive organization in this short, lighthearted game that took seven months to make.

In this short entry by Studio Hunty, play as a man who calls a chat line to see what it’s about. The young Escaflowne fan meets a mysterious girl by the name of Yumi.

This ten minute game was developed by Mangokiwi. Take the role of Dante and his llama companion, Ringo, as they encounter an evil villain named Gen. 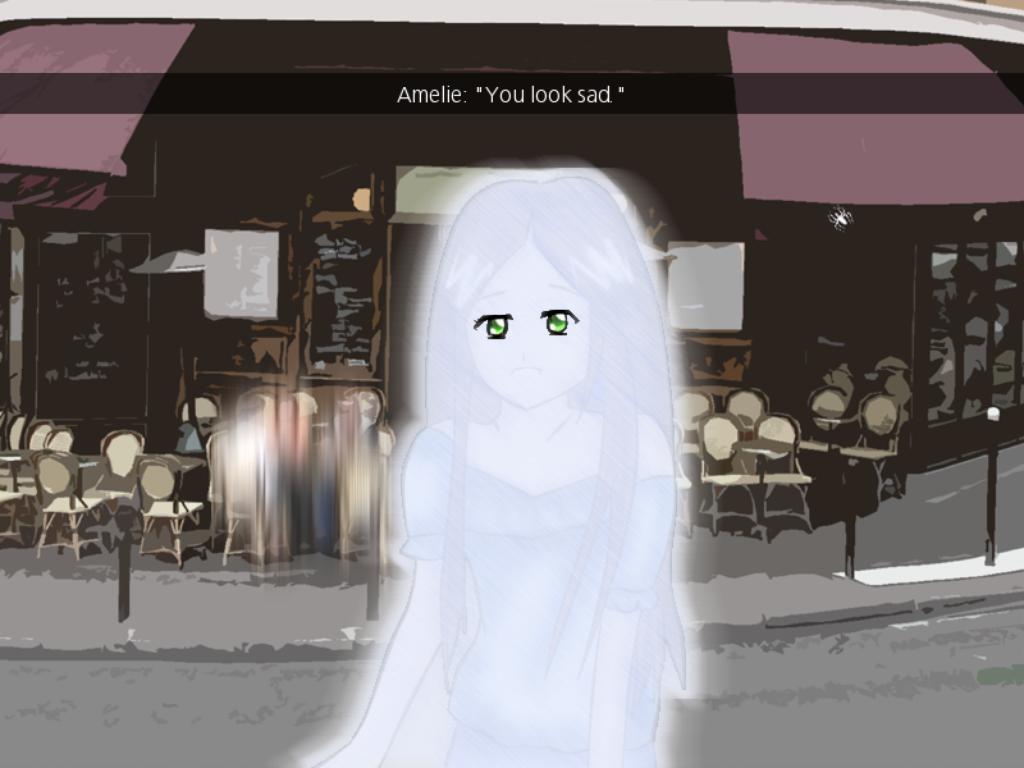 Starting out as a concept in 2003, chronoluminaire was able to finish and release this project thanks to the IntRenAiMo portion of the NaNoRenO game jam! This game features 45,000 words, eight endings, fifteen CGs, and six episodes. This was all able to be polished and released by the end of the jam!

In this shorter game by absinthe, constructed from beginning to end in the one-month duration of the jam, you play the part of a lost spirit who is given another chance at life.

This entry was created and uploaded by KyuKuru on the Lemma Soft Forums. Follow a boy in his journey as he is forced to move to a new town in Oklahoma. 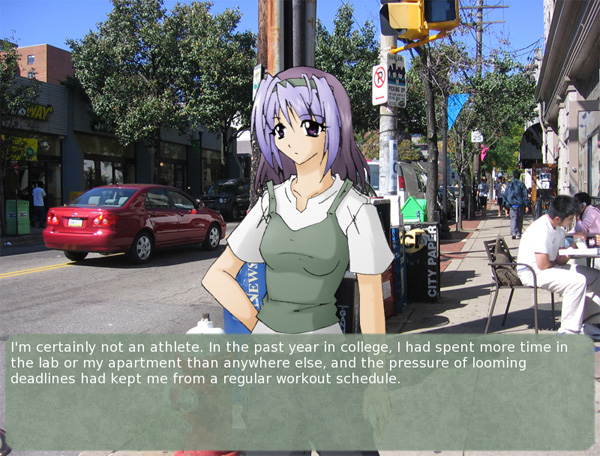 Forget Me Not is a short kinetic novel with no choices by the team of sake-bento (now part of sakevisual) and strawberrybocky! Play through this slice-of-life story that features voice acting and original sprite art!

Heart of Fire is a game released by Christine Love which was created in only a week! It features an old-school RPG aesthetic that some players may be drawn to almost immediately. In this game, you’ll find love and kill some orcs!

What’s interesting about this entry is that not only does it feature visual novel segments, but the game also has shooting minigames. There are six endings and two branching paths in this space-themed game.

As the years go on, more and more people join the NaNoRenO game jam, which has become a prominent event for independent developers and visual novel hobbyists alike. This same trend is relevant even today, with the highest number of successfully completed NaNoRenO entries being released this year!