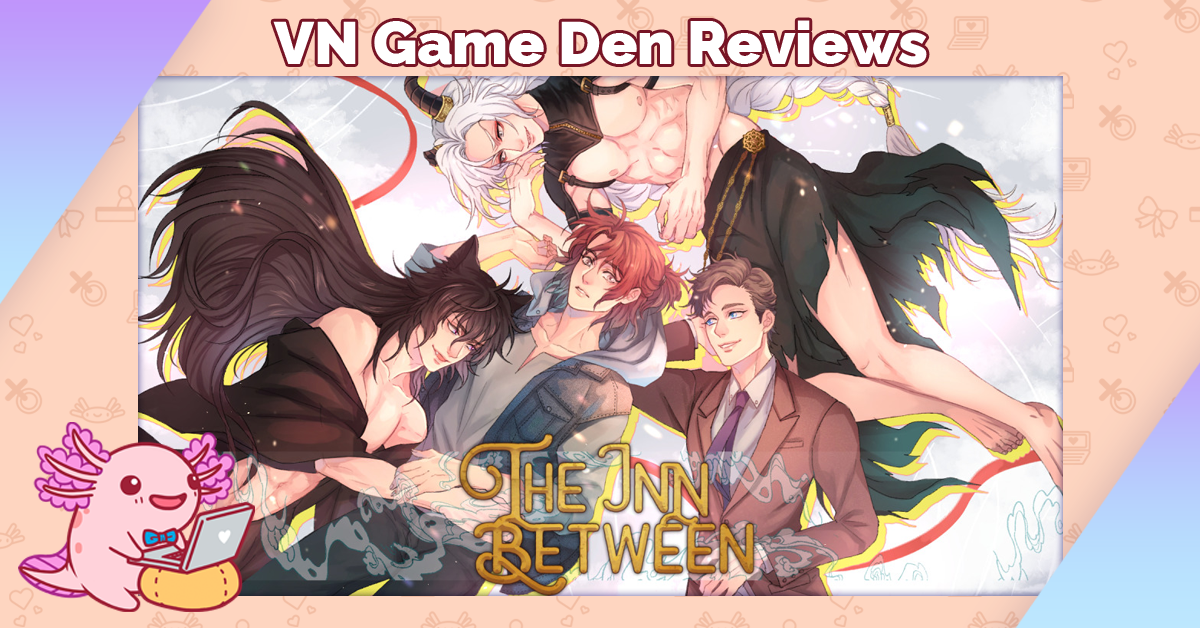 Demo Review: The Inn Between

Take on the role of a barista who has partially lost his memory in this boys’ love game in development by Cats on a Lilypad Studios.

The Inn Between is a boys’ love visual novel currently in development by Cats on a Lilypad Studios. Take on the role of Myka Riley, a 24-year-old barista, who seemingly can’t remember his past after a mysterious accident.

The game is on Kickstarter until November 26th. 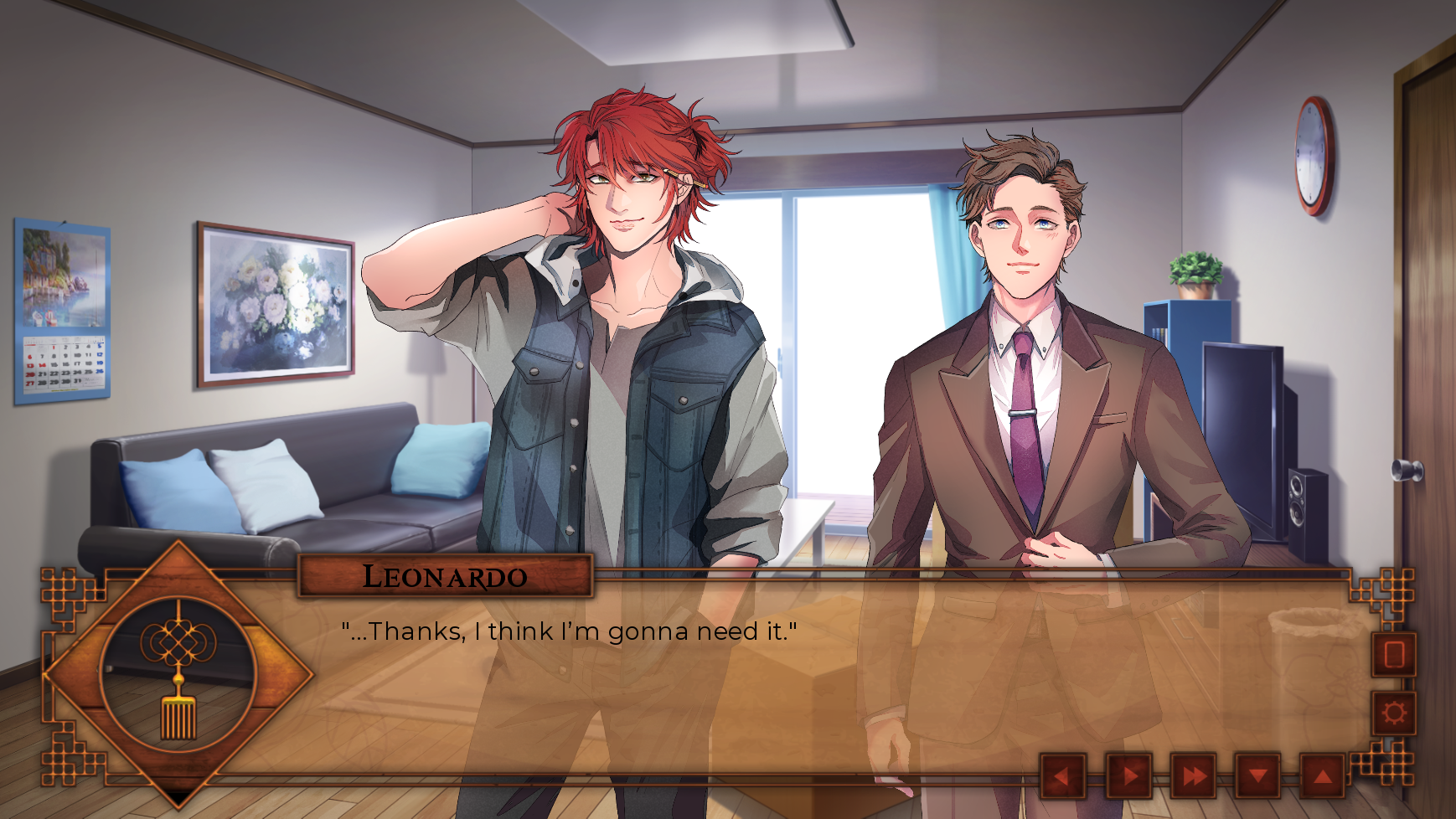 The Inn Between starts with a chilling introduction. Players are met with a dark screen and the voice of Myka’s father, Edwin Riley, as he narrates his final letter to Myka. From there, we get some exposition about who Myka is and some circumstances of his past. I found myself clicking through quite a bit of exposition that I think could be presented in a more tactical way later on in the game. This same thing seems to plague the narrative in several different areas. It can slow the action of the story down—and there is quite a bit of action that propels the narrative forward into unknown territories.

From obscure phone calls, memory lapses, and even the strangely coincidental rain that happens every year on Myka’s birthday, Cats on a Lilypad Studios sets up a compelling overarching mystery. I’m excited to see how it all unfolds in the full version of the game.

The characters in The Inn Between, both minor and major, are very distinctive and well defined. I was actually really surprised to see the attention to detail for each sprite. Take Myka for example: when he’s working as a barista, he has a pencil behind his ear. It tells us so much about his character without having to spell it out for us. This is also the case for minor characters like Merry, whose bright eyes give way to her bubbly personality. 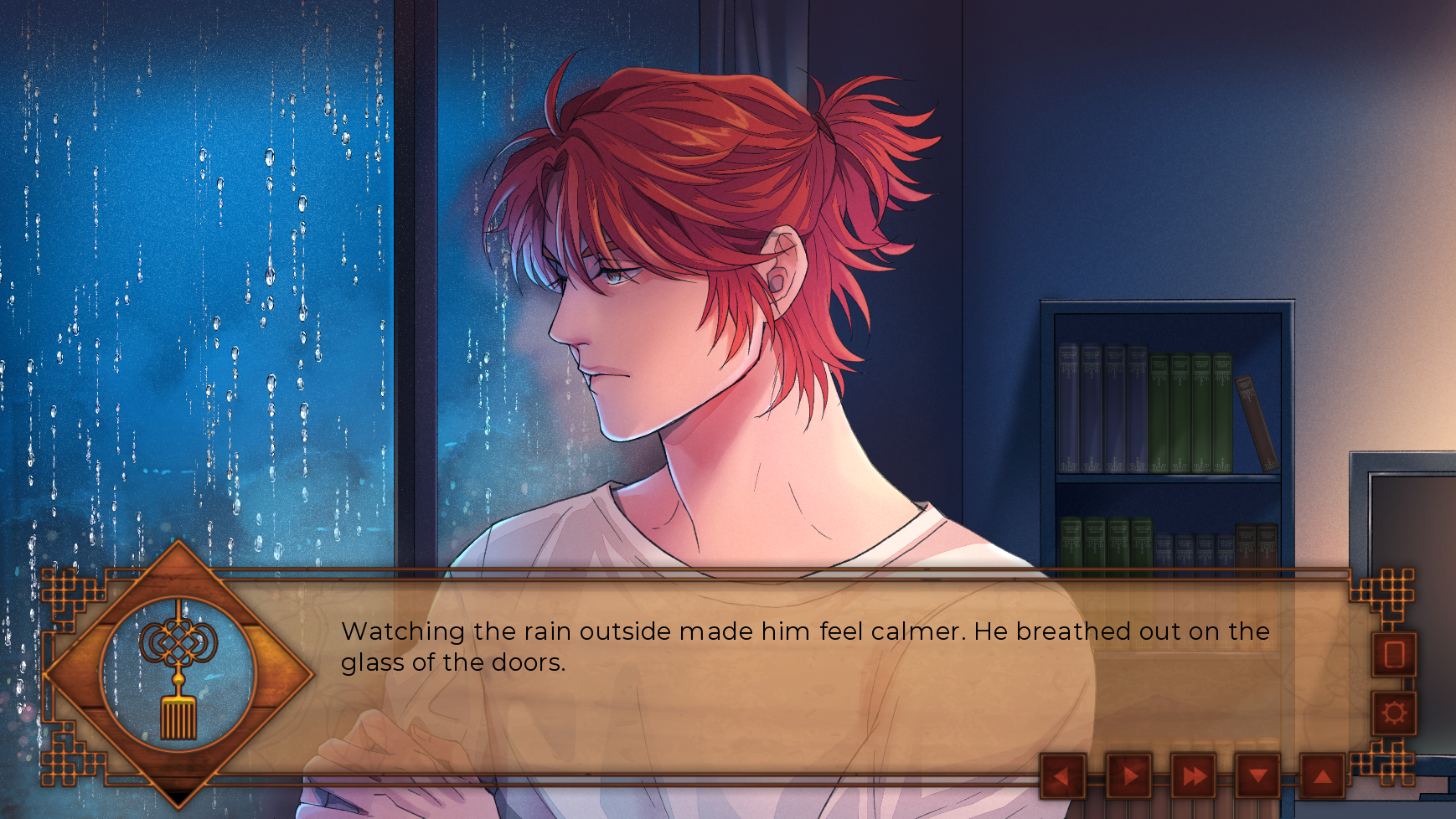 It would be hard to talk about The Inn Between’s characters without mentioning the very ambitious full voice acting present. Every character has a voice of their own, which helps to convey the characters’ emotions and intentions. The voice cast does a fantastic job of bringing the characters to life and helping the experience feel a lot more immersive.

Furthermore, the amount of custom art in the game is impressive. We get sprites for each character, multiple CGs, background variations, and a cellphone. The little things in a VN can really help it stand out. In this game’s case, I’d like to draw attention to the subtle animations that blend the player experience together. For example, when Myka talks about helping his friend Leon unpack, boxes are added to the background. When Myka receives a phone call, there is an actual cell phone UI with animated messages.

Lastly, I’d like to talk about the game’s soundtrack. The music in The Inn Between‘s demo creates a feel-good experience for players. It’s not too loud or over the top. However, I sometimes feel like this music blends too much into the background, which is a shame, because it has a whimsical charm that lends to the supernatural aspects of the game. 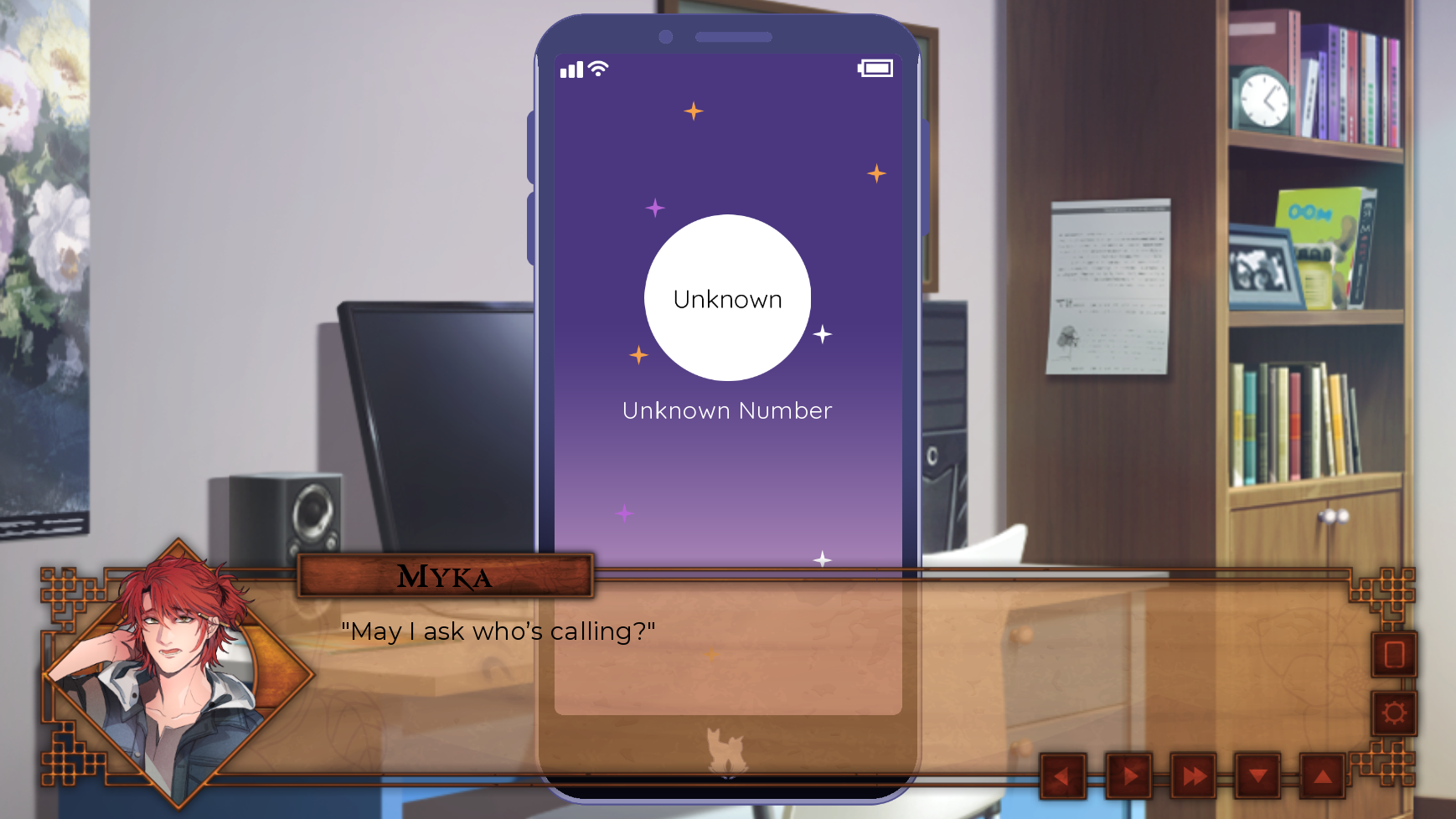 The Inn Between sets up a compelling mystery that is sometimes bogged down by the exposition dump. However, once players get into the action and experience all the game demo has to offer (including full VA!), it’s no wonder the game is already fully funded on Kickstarter!

You can play the demo yourself on itch.io. Want to help the developers reach their stretch goals? Visit their Kickstarter here.