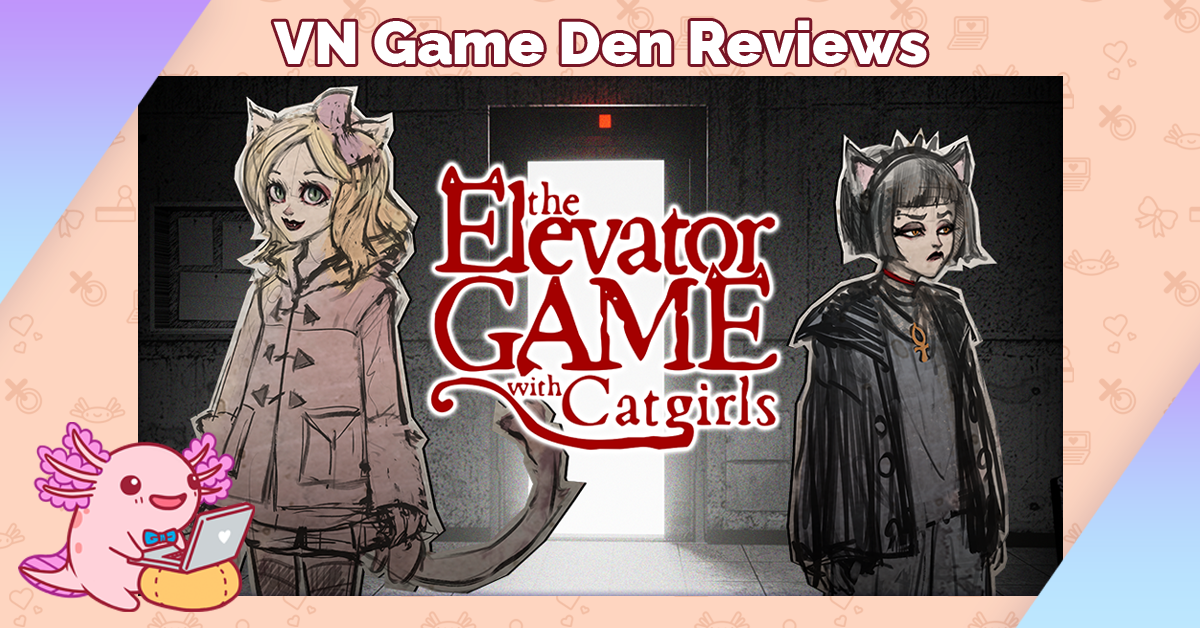 In this horror visual novel that’s currently on Kickstarter, find your missing friend after a bet goes awry!

The Elevator Game with Catgirls is a horror visual novel in development by NoBreadStudio. After accepting a bet that she can successfully play the Elevator Game, Kirin ventures into an eerie building in an attempt to gain access to another world. When she goes missing, it’s up to you to unfurl the mystery of her disappearance.

The Elevator Game with Catgirls is currently on Kickstarter until November 25th. 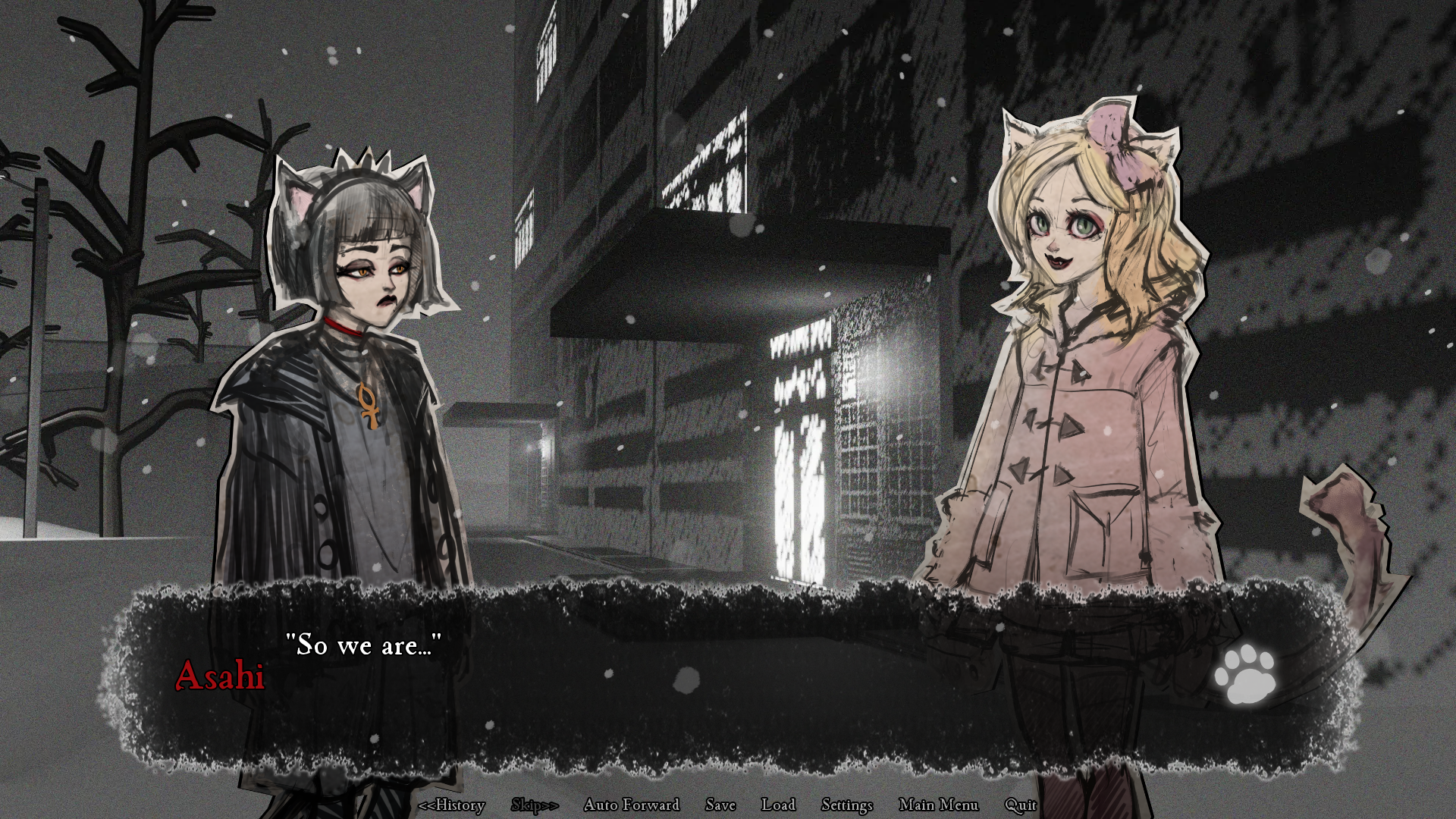 The Elevator Game with Catgirls is inspired by “Elevator to Another World,” a Korean urban legend. The legend popped up a few years ago on a Korean website, stating that if you followed a specific set of rules and boarded an elevator, you could unlock another world (sometimes known as the “shadowverse” depending on who you ask). In this visual novel, Kirin, a young catgirl, decides to take the challenge after accepting a bet from her friend. It all seems harmless enough—until she goes missing. Follow Asahi as she tries to recreate the elevator game in hopes of finding her girlfriend. What starts as a mundane evening of hanging out ends in a suspenseful and thrilling mystery.

The way the story is physically presented to the player is interesting and unique. While narration happens, it takes up the entire screen similar to an NVL mode. Doing narration this way will fade out the image behind the words, allowing the character and the background to almost fade away. More attention is drawn to the actual words and even the creepy music, creating a very atmospheric game. If characters are talking to one another, the dialogue will show via the game’s textbox with names in different colors per character. 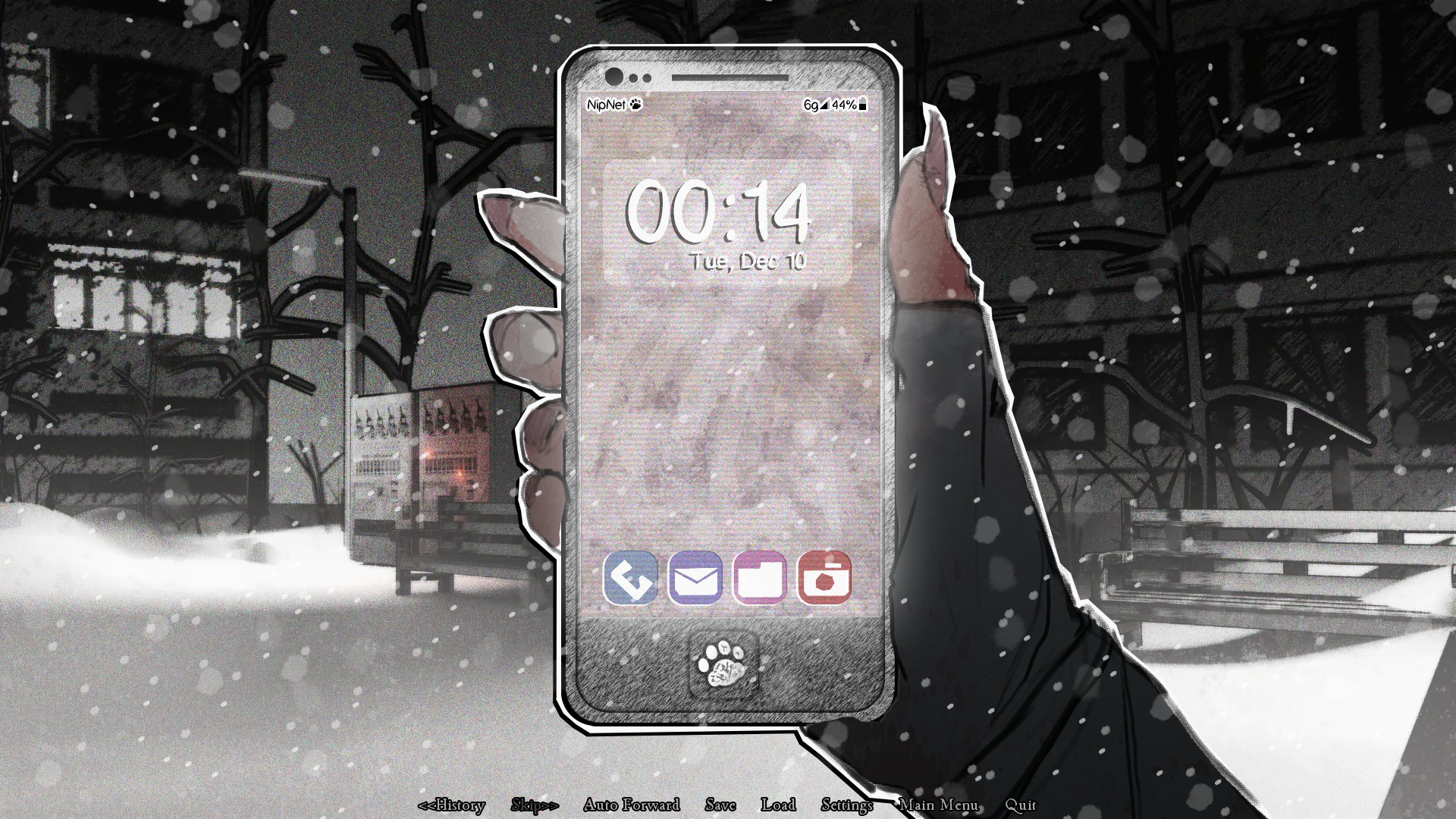 The art in Elevator Game with Catgirls is more subdued. There are no vibrant colors, only subtle pinks and reds. Most of the game is in black and white which adds to the unsettling feeling that players get while they’re clicking through narration. The art style itself is sketchlike, which I think fits the game’s overall mood very well. I’d also like to point out that the game has some really nice animations, like the elevator opening or the screen moving when characters walk across rooms.

All of that being said, I think the music and sound effects take center stage in this telling experience. An excellent selection of music is chosen which gets the heart bumping, and I’d be lying if I said I didn’t jump a few times from certain sound effects. This is definitely a game you need to play with headphones on! 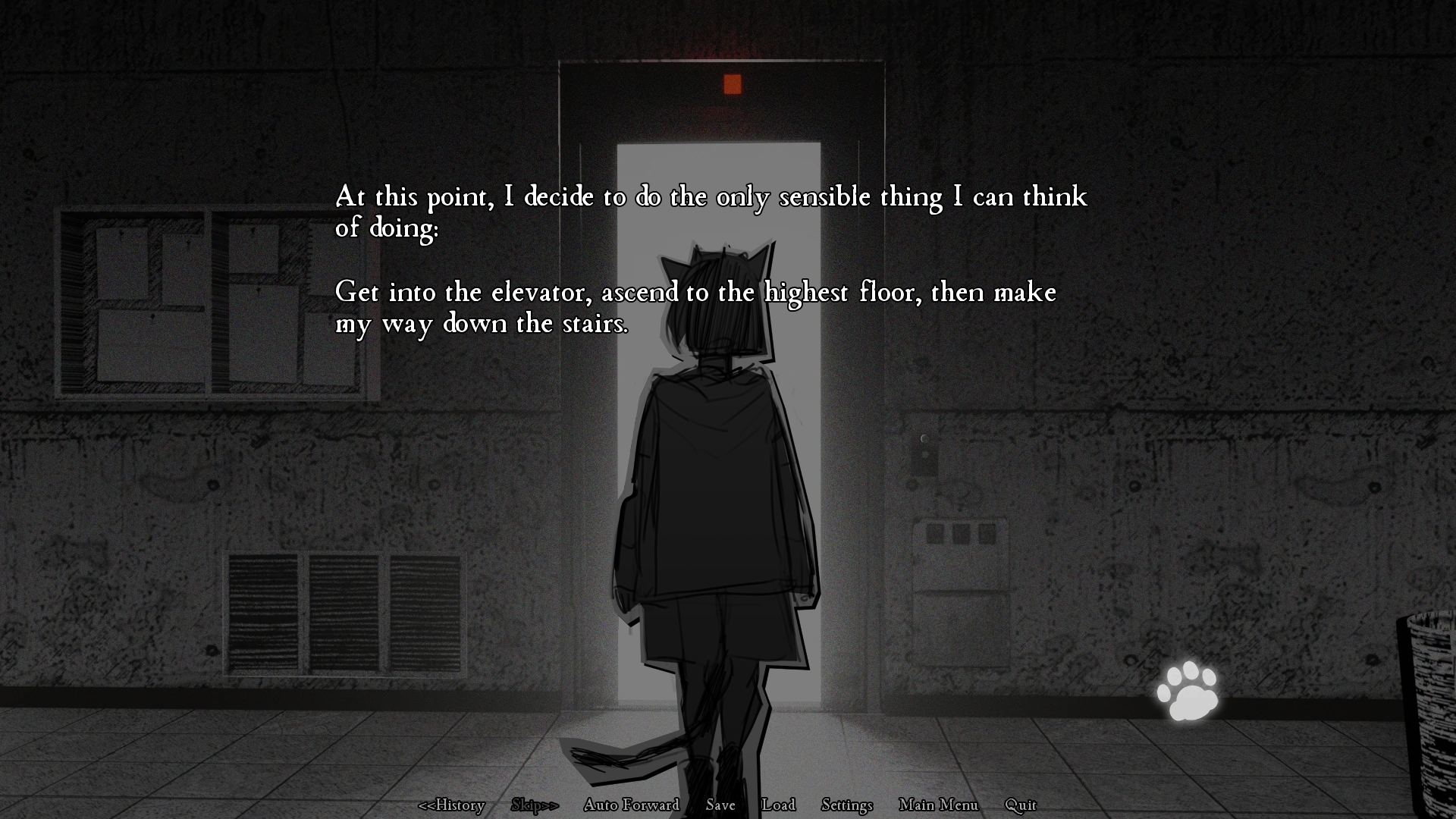 With timed choices, eerie music, and terrifying sound effects, NoBreadStudio does a fantastic job setting up a chilling experience for players. The Elevator Game with Catgirls has the recipe for an engaging horror visual novel. I can just imagine what the studio can do with their full funding from Kickstarter!

You can back the game on Kickstarter, play the demo for free on itch.io, or wishlist the game on Steam!