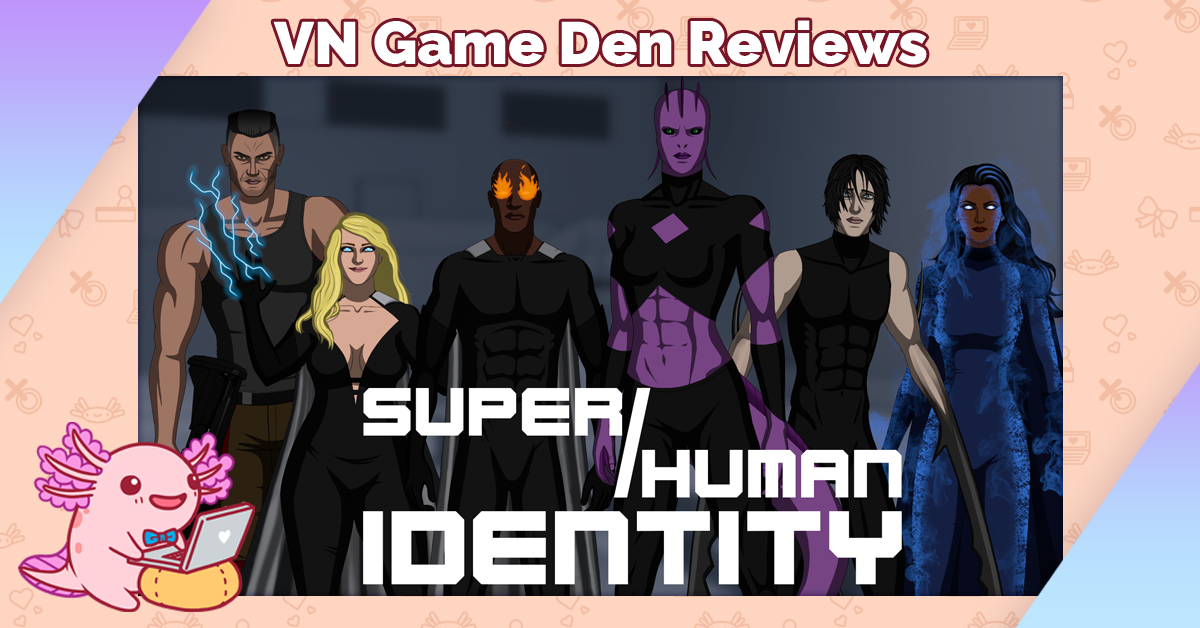 Super/Human Identity is a visual novel in development by Rock A Role Games. Take on the role of Subject 5 as you use your telekinetic powers to survive and help solve the mystery of what happened to you and your new companions.

We were notified of this game via the review request form on the VN Game Den website. 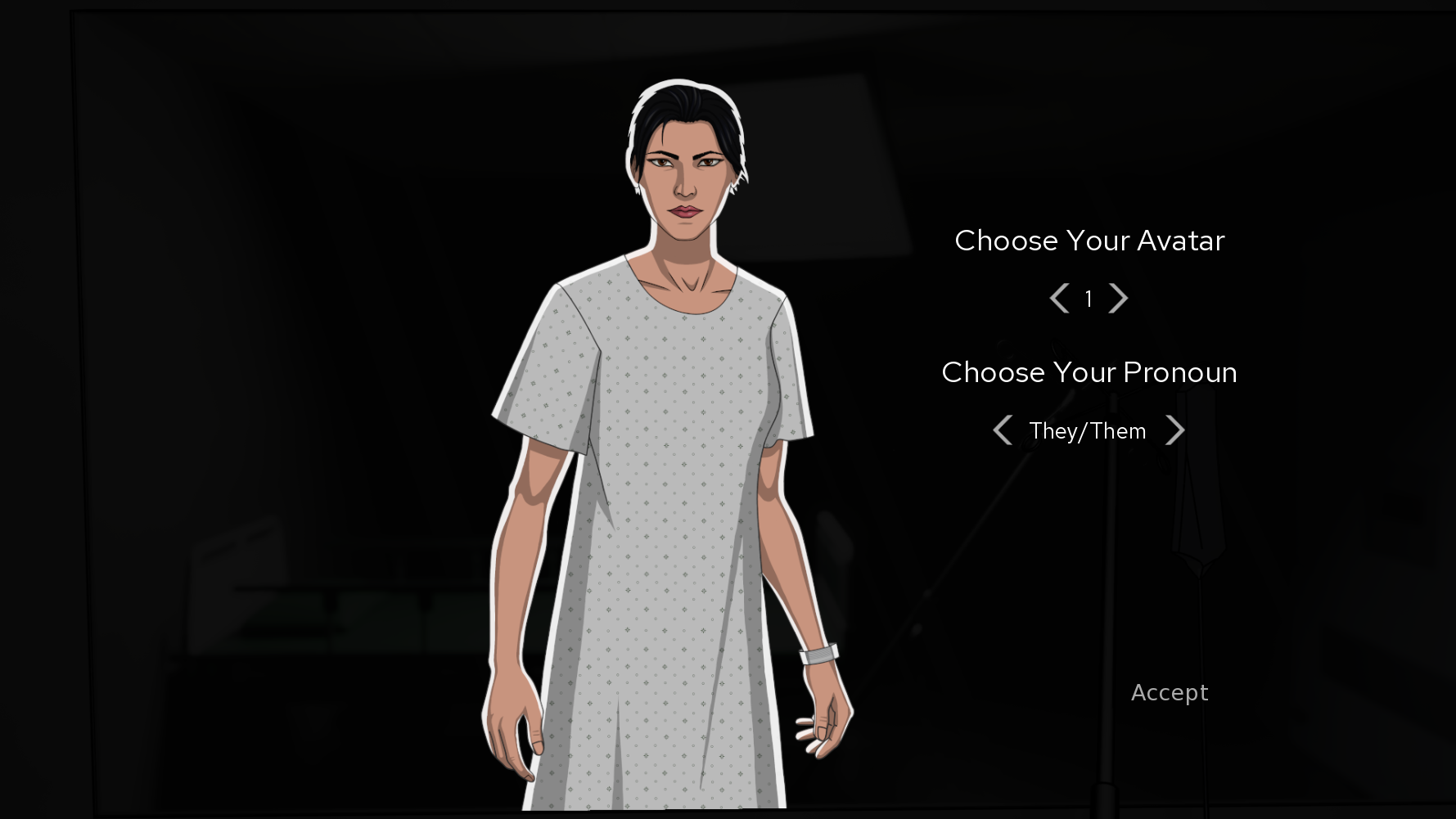 Though your player character isn’t fully customizable, Super/Human Identity allows you to pick your avatar and pronouns at the start of the game. Once you pick your identity, you’re launched into an action-packed opening sequence where you find yourself trying to escape from a facility that you’re locked up in. Why you’re in there and who locked you up remains a mystery to be solved in the full version of the game.

You find out early on that you have superpowers, and the companions you meet along the way do as well. These powers manifest in quick-time events in the game where you get to click on an item that you can telekinetically launch at your enemies. It’s a really cool and interactive feature that adds a level of fast-paced tension and immersion.

There are plenty of other choices to be made as well. You’re able to choose dialogue options that uniquely shape the character you’d like to play as. According to the developers, in the full version of the game, you’ll be able to determine the fates of your companions, including who they befriend and if they stay alive. 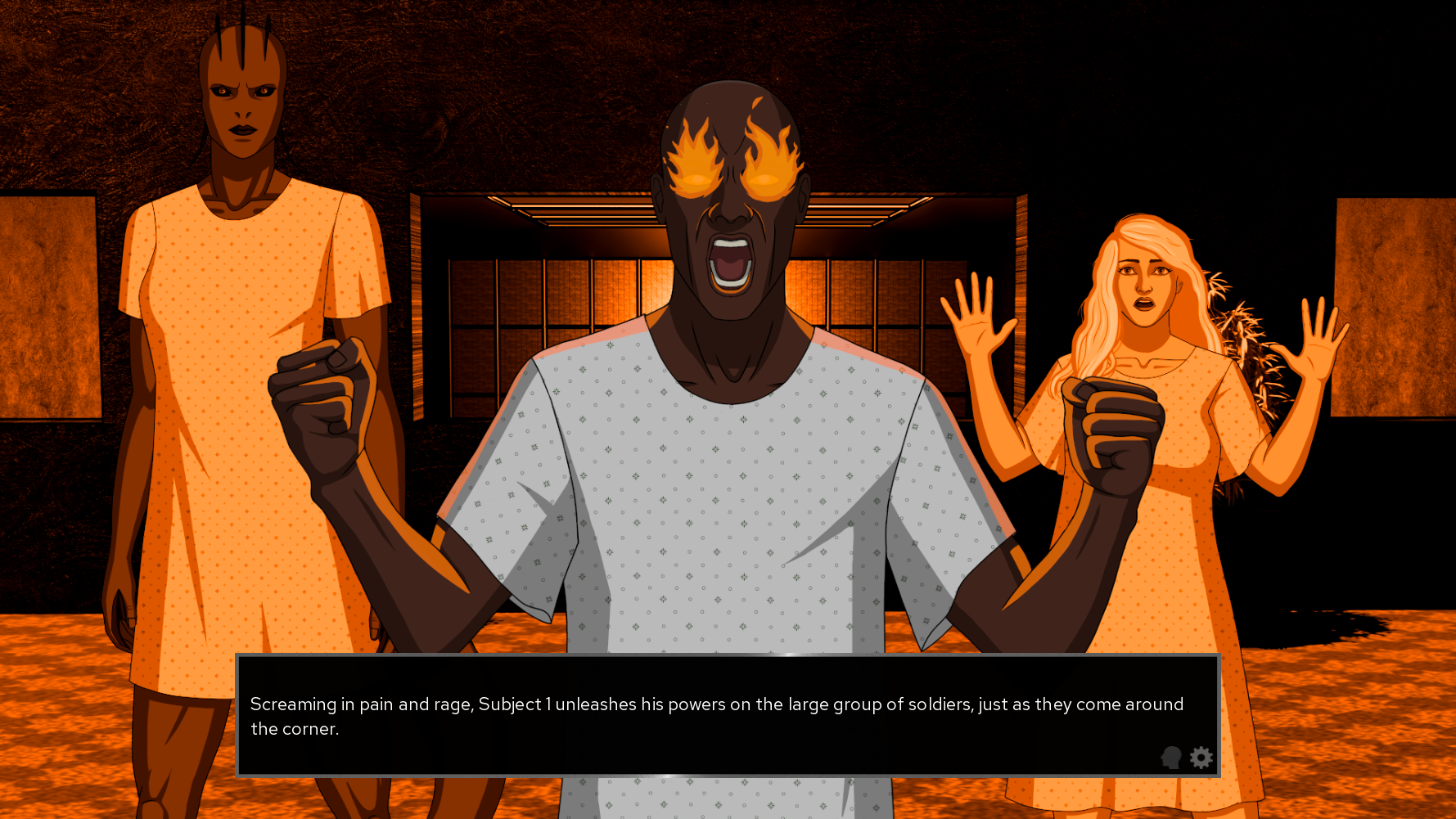 The game has dynamic animations that reflect the action scenes really well. Characters move as they attack enemies, you see items launched as you click them, and the transitions are seamless. Furthermore, there is a lot of variety to the art. I never feel like I’m looking at the same picture for too long. This includes sprite variations as well as background changes. However, there does seem to be a disparity in art style in certain scenes.

Each of your companions has their own superpowers, which you can use to help get out of certain situations. Who do you choose to use their powers on the enemy? How will you use your own powers with the others? Super/Human Identity asks you to use your own moral compass when making decisions as well as deductive reasoning to determine what the best course of action is. All while being timed. You’re able to change the difficulty in the beginning of the game if you need more (or less!) time to make choices.

The game does a wonderful job of setting up a tutorial that explains to the player how to click through the text, make choices, and even attack your enemies. It is presented as actions happen to avoid unloading all of the information up front and overwhelming the player. The biggest qualm I had, however, was the lack of an easily accessible auto-forward button, despite the game having other accessibility options. 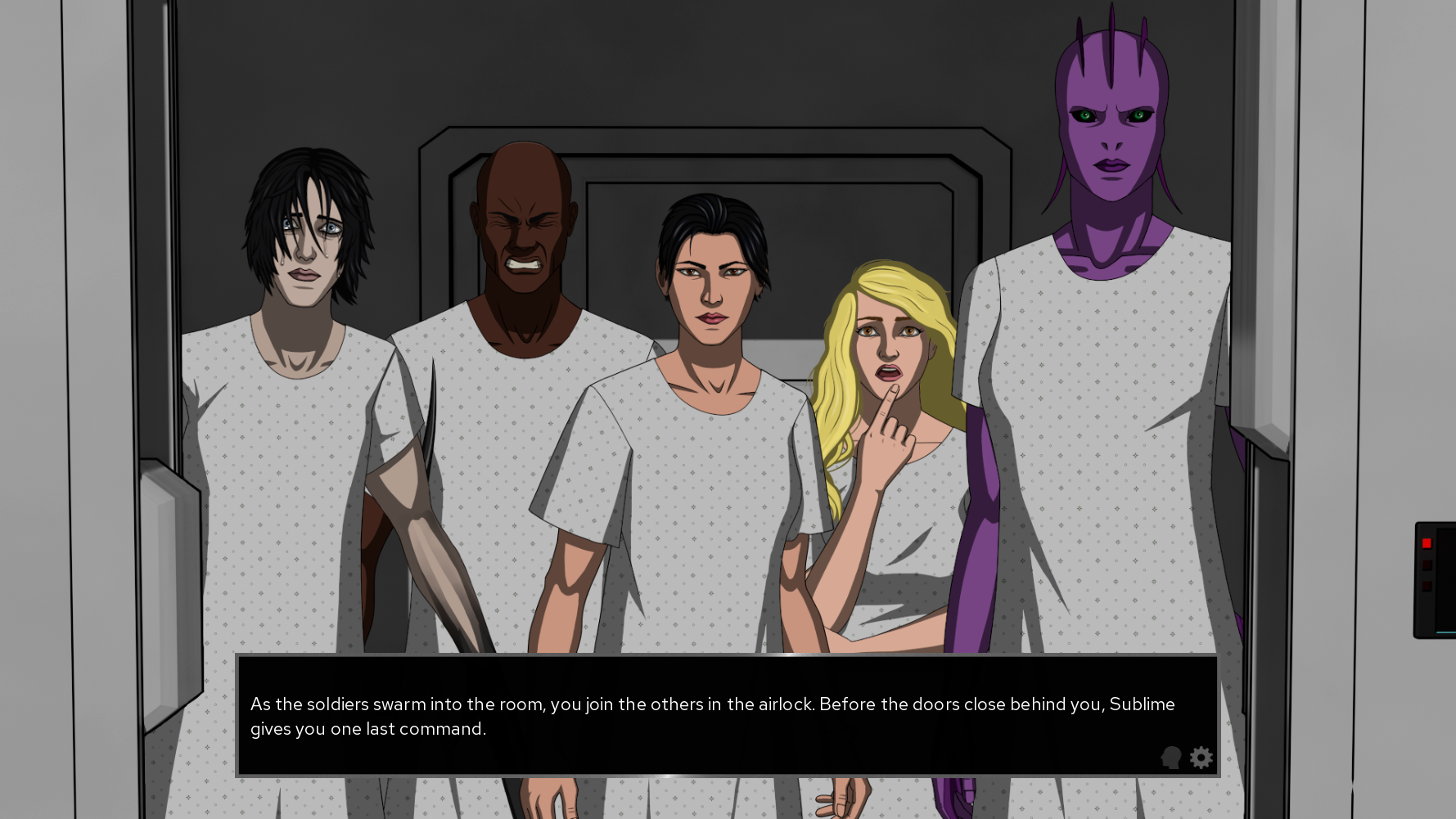 Super/Human Identity is a fun and interactive experience that I’d recommend to anyone who likes superhero tales. With exciting fight scenes, a lot of choices, and an interesting cast of characters, there is definitely something worth looking forward to in the full version of the game.

You can play the demo on Steam or itch.io and back the game’s Kickstarter until October 1st.