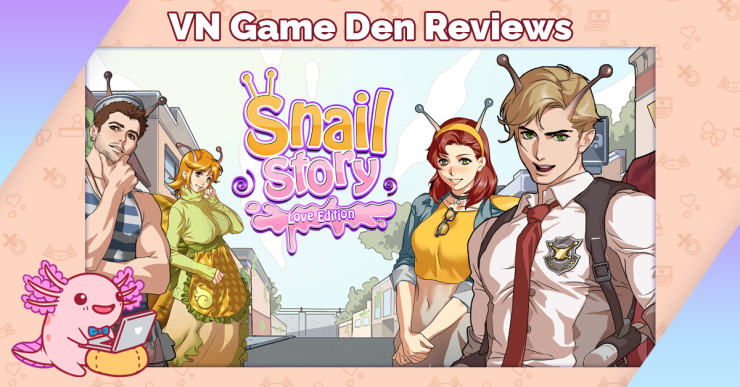 Snail Story: Love Edition is a game in development by Squish Potato. Take the role of Ms. Escargot, a snail person who wants nothing more than to study with the humans in forbidden territory. 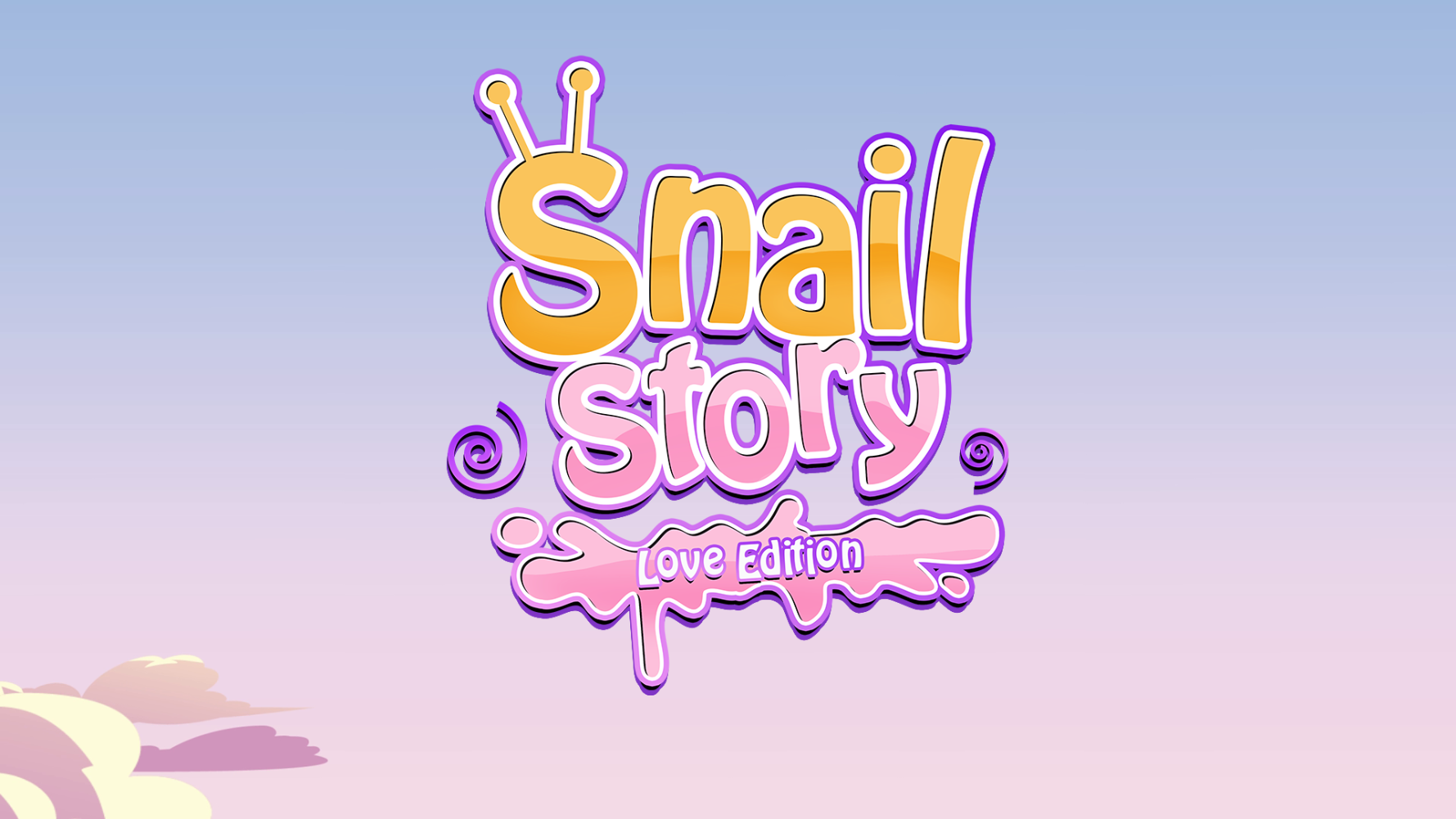 In Snail Story, you’re a snail person who has the opportunity to date other snail people. Snail people aren’t to be confused with regular snails that have no humanoid characteristics—those snails show up as “snailies,” which you’re able to collect throughout the game.

Snail Story is a visual novel that aims to be both a parody and a serious tale, though the characteristics of the former outshine the latter. Ms. Escargot is the classic tragic heroine who is bullied in school for her cracked shell. When she graduates, it’s her dream to get transplant surgery to change from a snail person to a human so that she can finally escape her mundane sheltered life. However, all is not as it seems. The demo sets up the mystery of Ms. Escargot’s missing caretaker and her birth parents, who she knows very little about.

These mysterious elements and serious storytelling become immediately overshadowed by attractive snail men and the drama that Ms. Escargot’s attraction to them brings. For example, the MC’s interactions with Jefe in particular come across as a bit over the top. This is a dating game with parody elements, after all, so I can’t fault the game for setting up comedic scenes in between the overarching mystery. 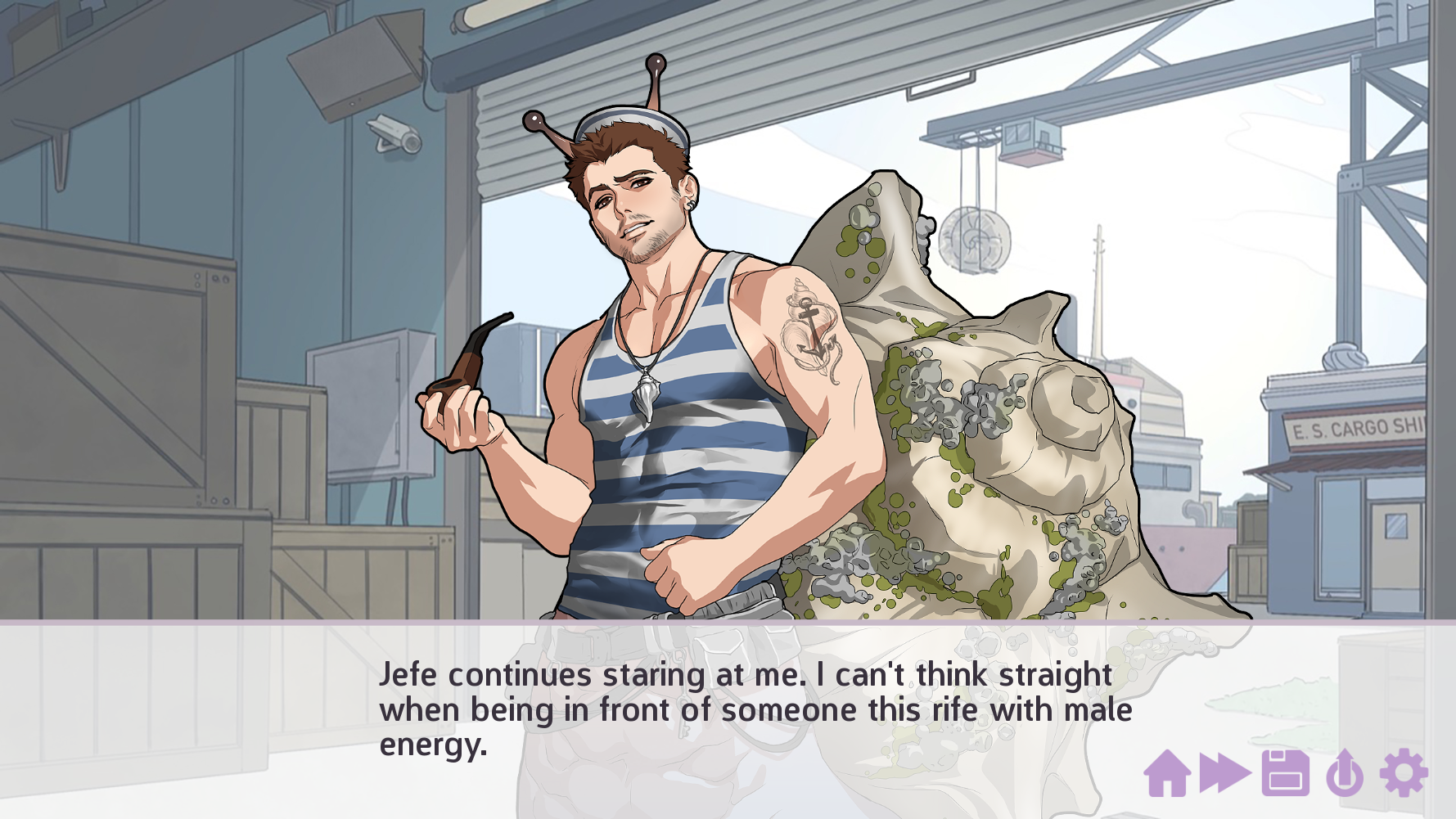 While the narrative may fall flat in some areas, Snail Story: Love Edition’s art is the shining star of the entire visual novel. The character sprites are on par with some well known visual novels, and the artist certainly didn’t skimp on the details! I’m very impressed with the varying shapes, sizes, and designs of each character’s shell, as well as the different outfits and expressions given to each sprite. It gives players a great idea of what the character’s personality is like (and they’re also nice to look at).

Equally well done are the CGs and the background art. The backgrounds, sprites, and CGs are all done in a similar style, so nothing looks or feels out of place. The GUI is bright which gives the game a lighthearted feel, even in the more tense situations.

Finally, I’d like to talk about the game’s audio. The developers included a squelching sound as the snail characters literally slide like snails to their destinations on screen. It’s an immersive and humorous addition to the game. I’d like to see other sound effects added as well, to make the game feel more alive. Snail Story’s music is great. Wonderfully upbeat and tense in all the right moments, I felt myself bobbing along to the music even when I had the screen lowered. 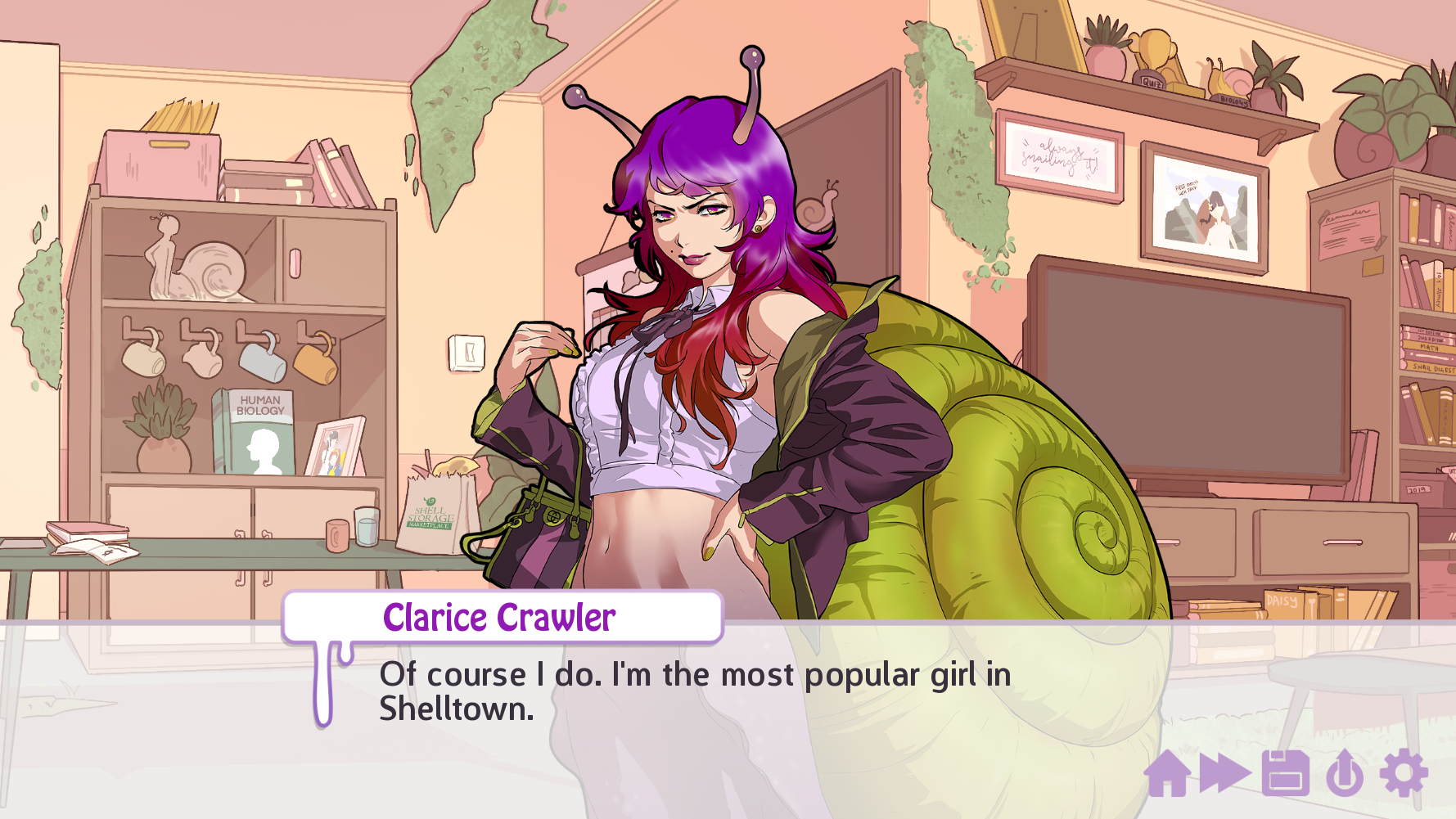 If you’re looking for a serious tale about deep relationship building and plot development, I’m not so sure you’ll find it in this game’s demo. However, if you take the game for what it is, a lighthearted parody game about dating attractive snail people, you’ll have a great time.

You can download the demo yourself on itch.io and Steam!