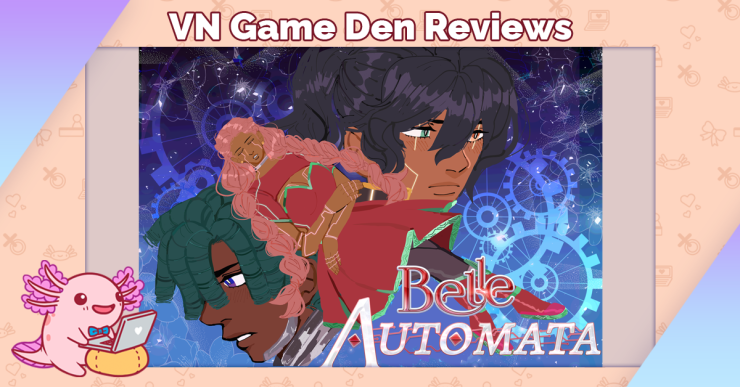 When her old master dies, sentient android Aureve must navigate her new life as an employee of the mysterious Nightmare Prince.

Belle Automata is a visual novel about androids in development by Jellyfish Parade. After her old master dies, Aureve finds herself under the authority of a new employer, the Nightmare Prince. Not much is known about the mysterious man or the new freedom Aureve has been given. Follow the android through her journey as she uncovers things about herself and her new environment.

Belle Automata is currently on Kickstarter until December 10th. 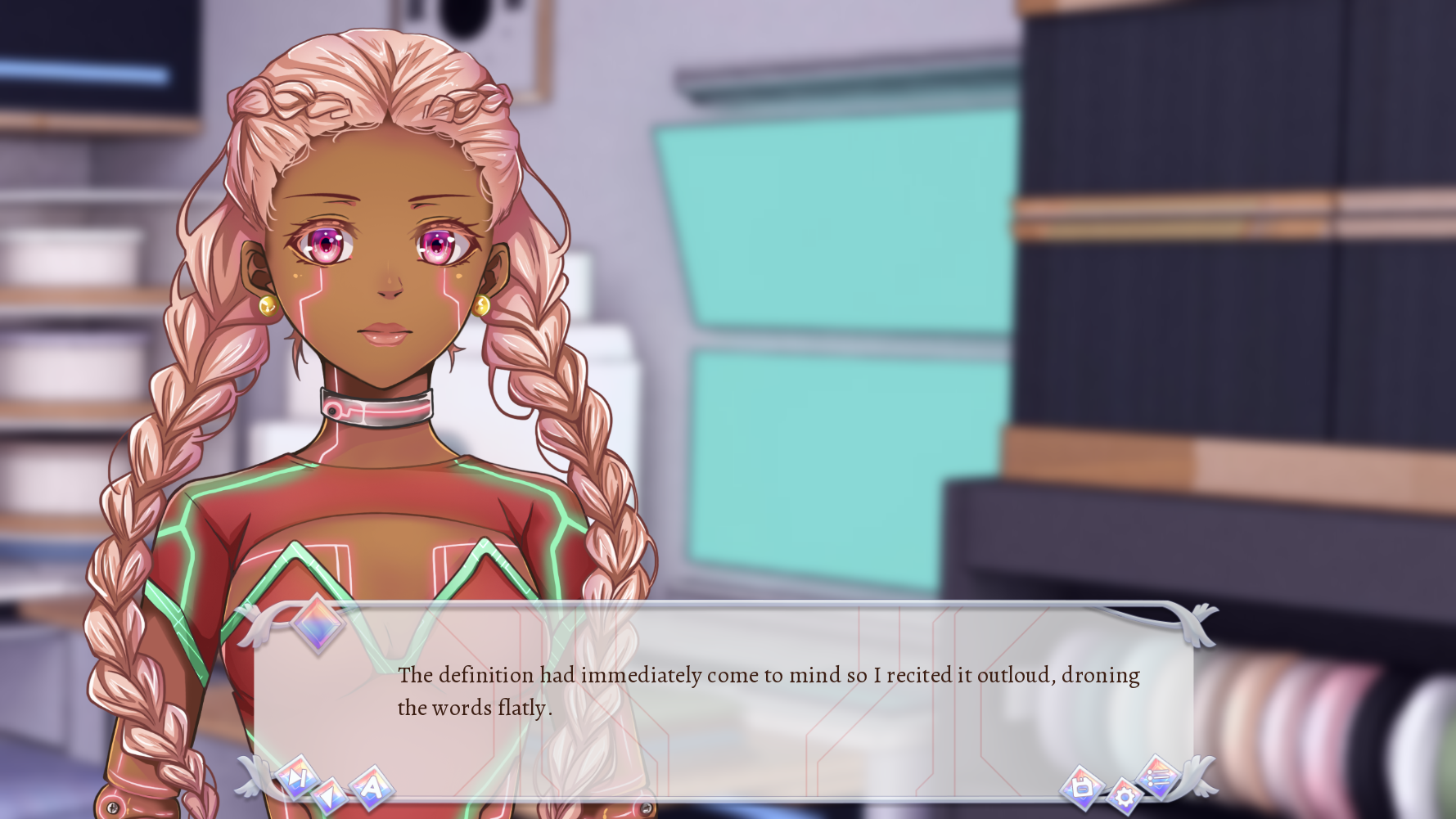 The Belle Automata experience starts off with beautifully vibrant music that helps create a hopeful yet somber environment for the opening scene. Aureve, the nameable protagonist, narrates an inner monologue that discusses who she is and where she’s ended up at the story’s beginning. An intriguing mystery is presented to the player: who is the Nightmare Prince, and what does he want with an android with their own free will?

The impact of the game’s opening sequence is strengthened by full voice acting. Aureve and the other androids have a mechanical tone to their voice, a constant reminder that even if they’re sentient, they aren’t exactly humans like us. Full voice acting is ambitious, but it really adds a nice element to the game. Not to mention that the voice cast does a fantastic job. However, with audio being a shining aspect of this game, there are missed opportunities for sound effects that could further illustrate scenes like opening doors, character footsteps and even paper printing.

The game’s art is gorgeous. Aureve’s character design is quite unique in the fact that she keeps android characteristics like jointed arms, but also maintains a beauty that resembles her human counterparts. This style choice helps to illustrate that she is indeed sentient. I’d like to see how this duality of man and machine is further handled in the full game, as Jellyfish Parade has given us an interesting group of characters to follow. 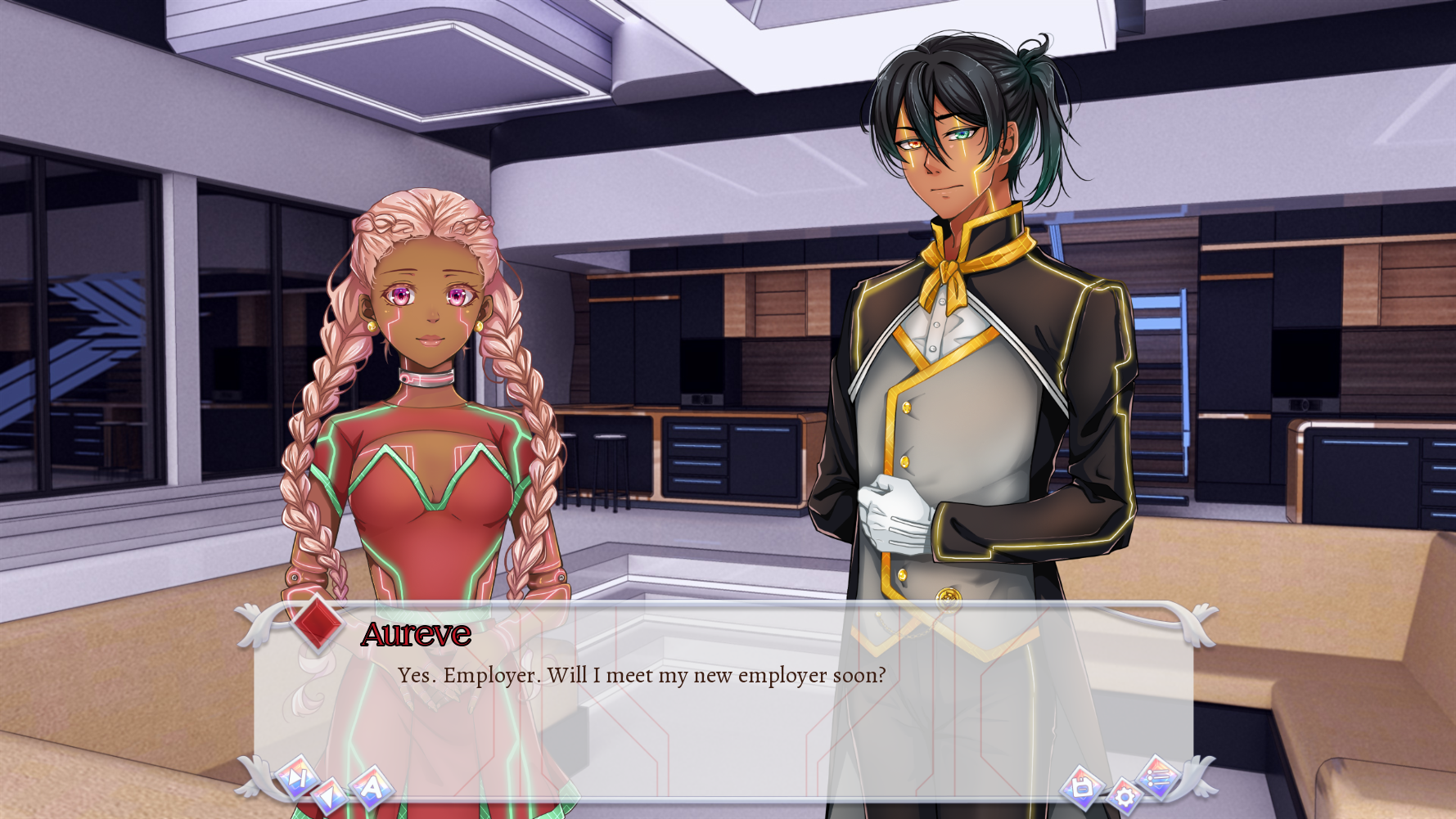 The backgrounds are also all custom made, each having a modern feel that ebbs into the futuristic side. I quite like how everything inside of the mansion looks recognizable in its layout. There’s an ordinary kitchen, a bedroom, a living room… all things that are technologically advanced in futuristic media. So, despite Belle Automata being a story about androids, it still feels very human.

The demo of Belle Automata ends rather abruptly, only giving players a small taste of what the game is about. However, what is provided is an impressively polished experience that captures the heart of the game’s central conflict. My biggest complaint is that there isn’t more! I’m looking forward to meeting some of the other characters in the full version of the game. 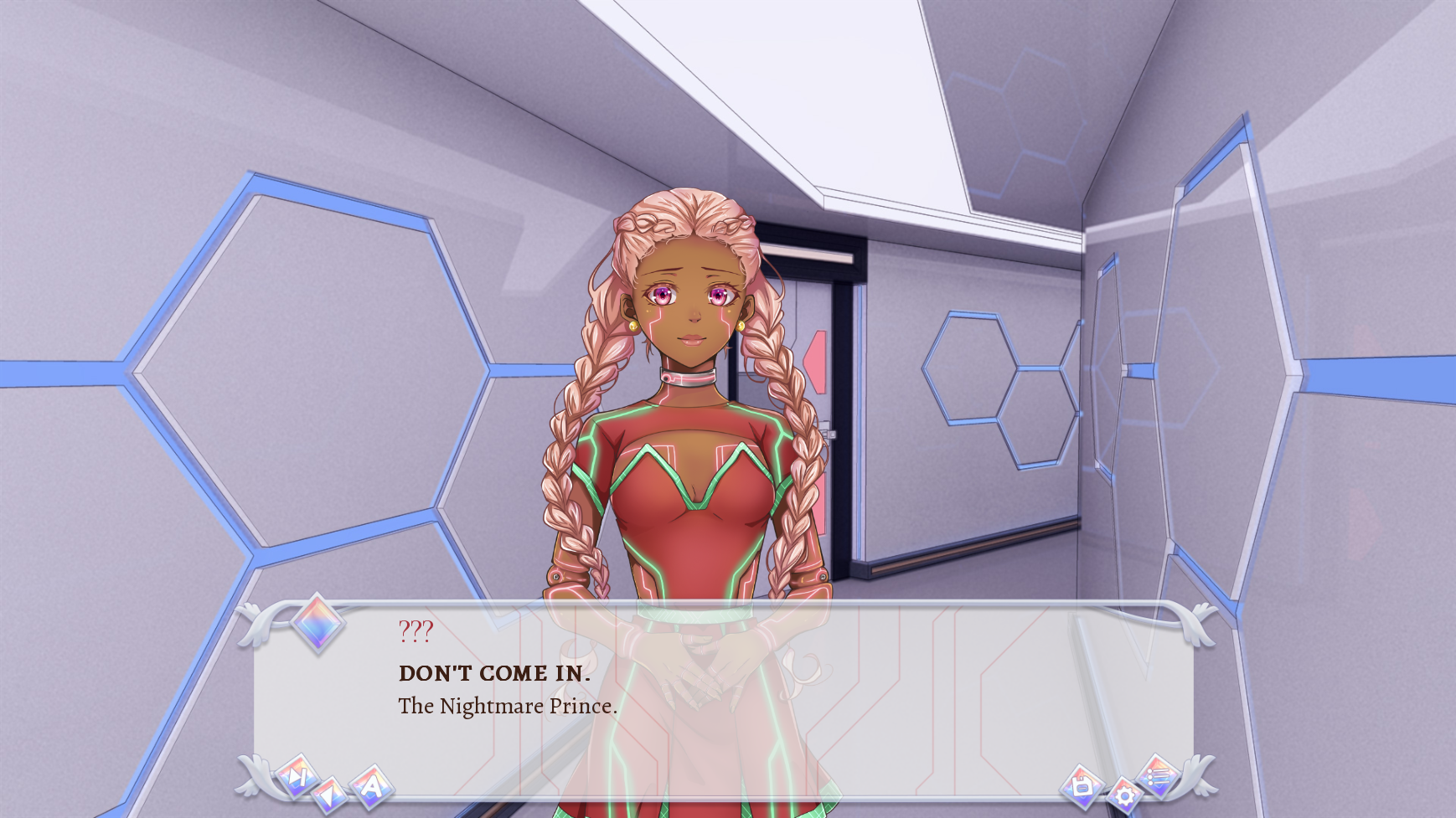 Belle Automata is a beautifully crafted game with diverse characters, an engaging storyline, and full voice acting that’s well done. If you like otome games, or even futuristic stories, I’d recommend checking out the demo.

You can play the demo of Belle Automata on itch.io yourself and back the game on Kickstarter. Be sure to check out our review of Jellyfish Parade’s last Kickstarter demo, Heroine for Hire!