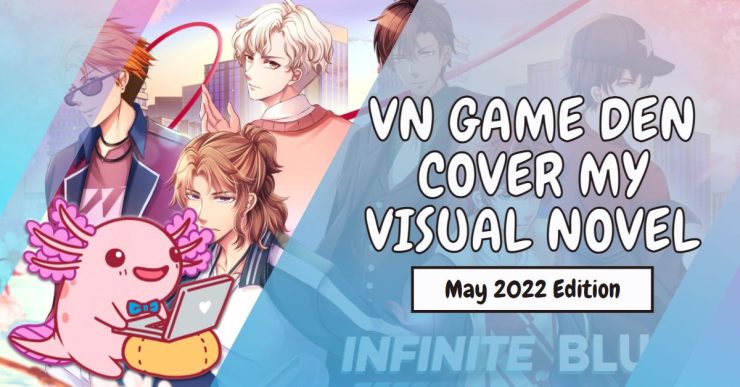 Cover My Visual Novel May 2022 Edition

This month we’re taking a look at two awesome visual novels that are currently in development!

This month we’re taking a look at two awesome visual novels that are currently in development! 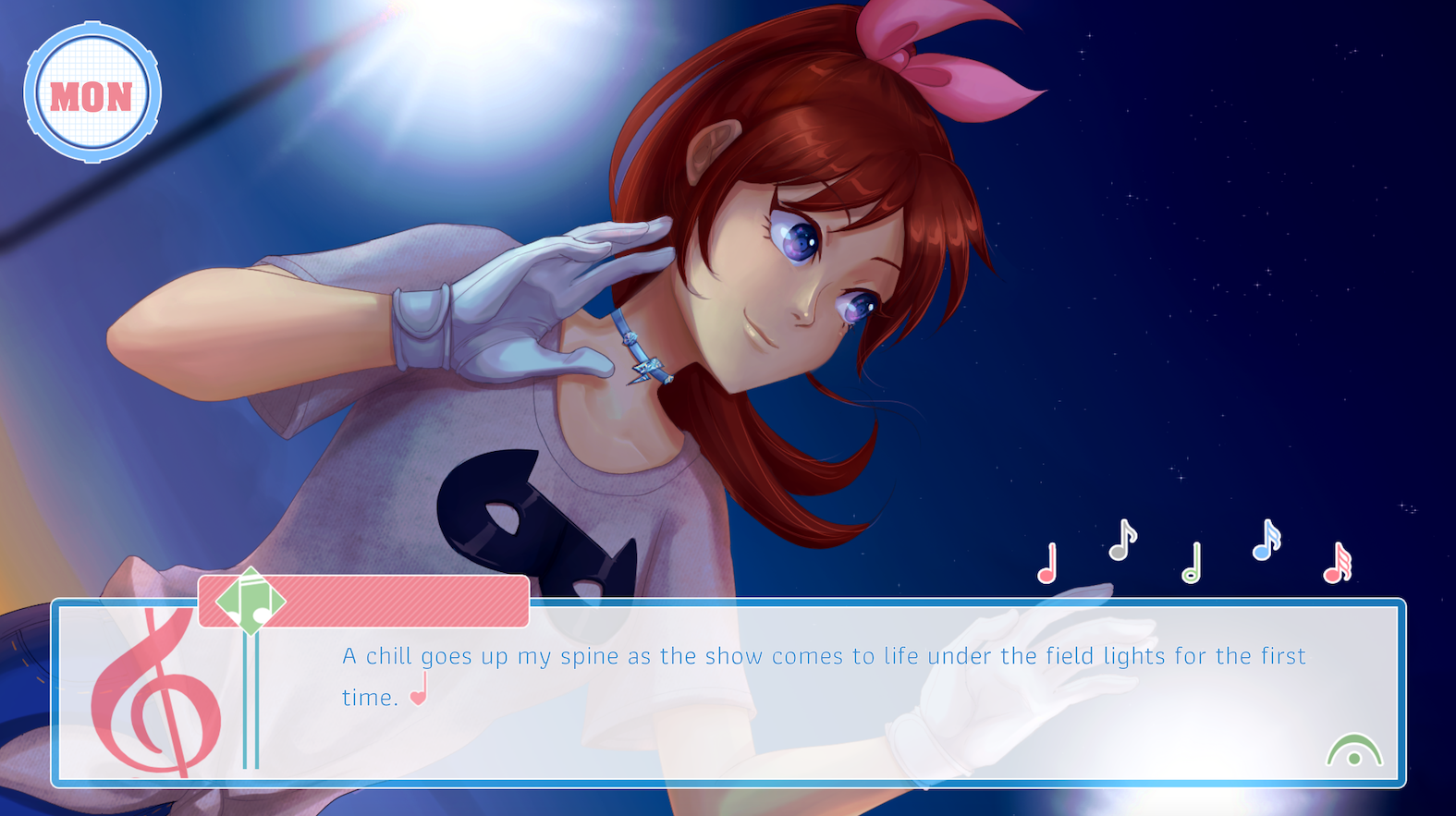 Check out this month’s featured demo requested via the “Cover My Visual Novel” Form:

Band Camp Boyfriend is an otome visual novel in development by Lovebird Games. Play the role of Cadence, the nameable protagonist, as she navigates her summer in band camp. This game features a diverse cast of characters, so I’m sure you’ll find at least one guy you want to romance!

My time with the Band Camp Boyfriend demo was fun. I loved the choice of music that plays right from the beginning. In a game all about music, it’d be terrible if this missed the mark. There’s a lot of “school band”-style music that reminded me of the days I played clarinet in the fifth grade orchestra. Perhaps that connection is what initially drew me to the game. While I’m no longer a band kid, I certainly understand the allure of being part of something bigger than yourself and creating beautiful music. Cadence’s role is quite important; she’s a drum major and she’s helping the director of the performance directly to make sure things go smoothly.

I was never really good at music, so my time in the school band was short. However, I get to live out what could have been through the eyes of Cadence. Her personality is very bubbly and the script comes off as a bit comedic at times. This creates a lighthearted, feel-good experience for the player. Apart from that, the backgrounds are vibrant and the character sprites are all pretty nice. All in all, I’d say the game looks visually appealing as well.

However, you don’t need to know anything about music to enjoy this game demo. It has a lot to offer for your average otome game fan, including a decent amount of love interests, a fun summery storyline, and gorgeous CGs. 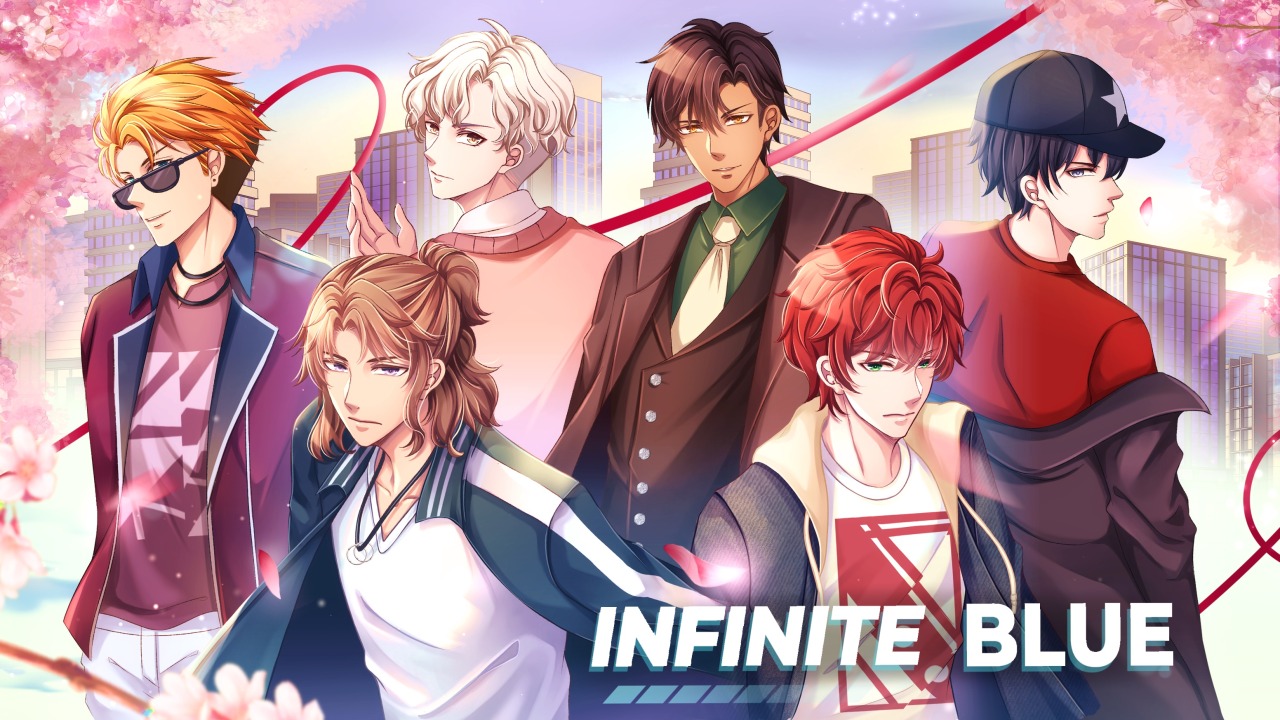 Check out this visual novel currently on Kickstarter:

Infinite Blue seems to have taken otome Twitter by storm. It’s a chat-based otome game in development by Velvet Fox Games. What happens when a mysterious app is downloaded onto your phone? You’ll meet six other handsome strangers who are waiting for you in the chatroom. In real time, you’ll have ten days to grow closer to your new companions and figure out why the app was installed in the first place.

The Infinite Blue campaign was successfully funded in its first few days. It’s clear to see just why the game is so popular. It utilizes chats, phone calls, and even classic visual novel segments to tell a romantic (and mysterious) story. It very much gives off Mystic Messenger vibes. However, there are few to no penalties for missing calls, and I’m really excited about that aspect! There’s no need to agonize over putting your day on hold and shifting your schedule to not miss a call from your desired love interest.

Infinite Blue’s demo can be played on Android and iOS devices, and will eventually be available for PC via itch.io. You can back the game on Kickstarter here.

If you’d like us to take a look at your game, let us know by filling out the “Cover My Visual Novel” form!