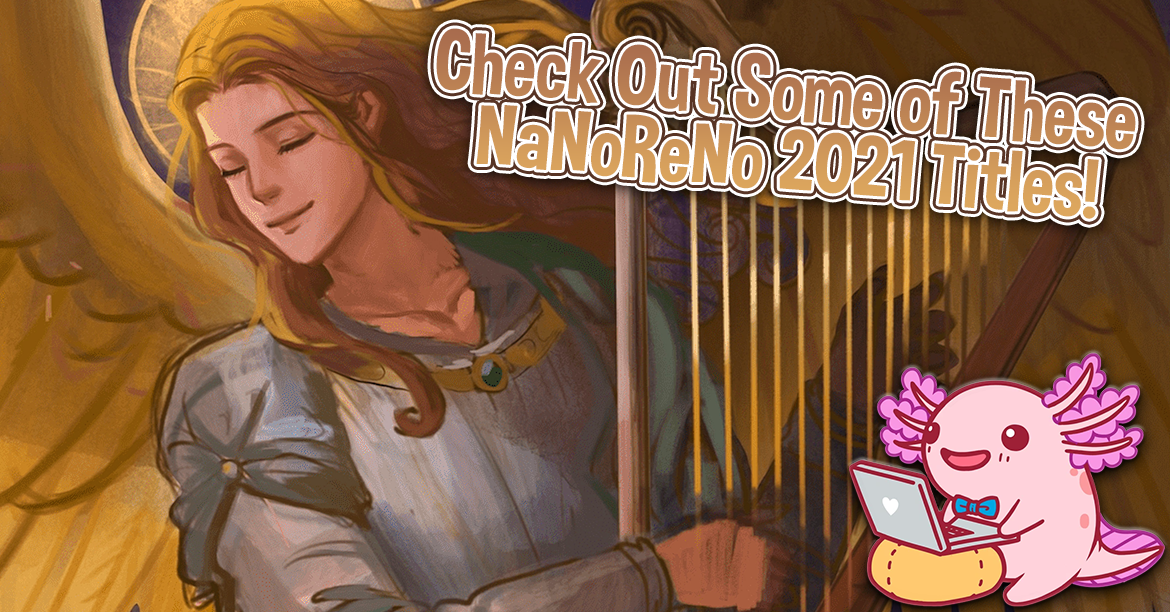 Check Out These NaNoRenO 2021 Titles!

NaNoRenO, the biggest visual novel game jam, came to an end earlier this month. This year, the jam received 88 entries! With so many games, it can be hard to decide what to play. In this post, I highlight a few titles as well as sharing the different highlights and struggles each team faced during their game’s development.

The biggest visual novel game jam came to an end earlier this month. With so many games being released during that month-long period, it can be hard to decide what to play. A couple of weeks ago, I approached developers who participated in the jam to share what their game was about, the highlights they faced during development, and some of the issues they had. I got a few responses, so I’ll be sharing what I got with you today. I can’t talk about every game, or else this post will be the length of a novel, so I highly recommend checking out the different games that came out during NaNoRenO 2021.

from that moment she neglected the world

An immortal fairy picks up a disciple, raising the disciple so that one day the disciple may slay her and fulfill the end of a prophecy in which the immortal must either die or cause the end of the world.

from that moment she neglected the world summary

from that moment she neglected the world is a xianxia (Chinese fantasy) LGBTQIA+ visual novel, which in itself is already very cool. The game is rich with Chinese history and culture, something you don’t get quite often with video games in general. As someone who is always searching for games that explore other cultures outside of Western ones, this is a breath of fresh air for me.

When it came to asking about development highlights, shino, who served as the writer, scripter, and artist for the project, told me this:

The team was awesome! Not everyone had worked on a visual novel before, but everyone delivered on time and went above and beyond with their work. No one ghosted, and everyone was communicative about things like when they expected their work to be in or if they had real-life issues come up that delayed progress. Before starting development, we made a schedule for when we wanted assets in. While we weren’t able to meet all the schedule goals, the schedule had enough leeway that we finished just in time. Lastly, making this story also gave me an excuse to delve into Chinese literature. Most of the names in the story are from poems, which is a fun easter egg for people who like poetry.

shino, artist, scripter, and writer for from that moment she neglected the world

When it came to lowlights, one of them came from the numerous roles they took up. Now, it’s never a bad thing to use your skills to your advantage, especially if you can’t find someone else to fulfill that role. However, having so many different jobs to do can not only affect you but also the end product.

Due the medium being a visual novel and time limitations of a game jam, the story was forced to stay in a small handful of locations. That meant that the story couldn’t really capture the adventure part of the xianxia genre that many xianxia enthusiasts like. I hope that the story is well-liked nonetheless. Lastly, as a writer, scripter, and artist for the project, felt that I may have taken on a bit too much work. Although I enjoyed doing everything, I think having fingers in too many pies may have been detrimental to the quality of my work in some aspects.

So, if you’re a fan of ancient Chinese culture, then I highly recommend taking some time out of your day to play from that moment she neglected the world.

A Monster’s Insight is a cosmic horror-themed “debating” visual novel with psychological elements. This game is all about the power of words and how you can exploit them. You are a monster known as the “silver-tongued”. Your goal is simple: convince the most powerful cosmic terrors to steal their souls and rule the world. All strategies are on the table: gaslighting, robust chains of reasoning and blackmail! Your power of INSIGHT also lets you read their minds

I absolutely love horror, and this game is just right up my alley. A Monster’s Insight has you playing as “silver-tongued,” an eloquent speaking monster. Their goal is to convince the powerful cosmic horrors to steal souls and take over the world. You do this through debates. In order to win these debates, there are two factors: your stats and keywords. The stats are self-explanatory; you raise the correct stats and you’ll be able to get an advantage in the debate. Keywords are terms you pick up throughout the game that can help change the tide of the debate in your favor. So picking up key information on the monster you’re debating, even if it’s blackmail, will only help you.

I thought the various emotions each character feels, even the main character, were pretty cool. Monsters, especially cosmic horrors that stem from Lovecraft, are conceived as these beings that don’t feel anything. To have everyone act as though they’re beings with human emotions instead of just evil entities was an excellent decision made by the developer, arkicade.

In essence, this was the visual novel that I always wanted to play but never could. What motivated me to get through development was just the idea that if this existed then I finally made the game that I wanted to see more of. You have a lot of debating games (Danganronpa) but they’re often tied to the idea of being a “detective” or “solving a murder”. I wanted to remove that aspect entirely and just focus on sophistry. Using words to manipulate is often portrayed as being evil and is always done by the “cowardly yet cunning villain” (see Iago from Othello). I thought the idea of making this sort of character the protagonist to be vastly more interesting than a “nice, upstanding citizen”.

arkicade, programmer, writer, and artist for A Monster’s Insight

When it came to any issues they faced during development, arkicade has this excellent piece of advice for anyone who wants to participate in a game jam.

This may be pedestrian but “finishing” the game itself. The first week I was writing 5K words a day on top of doing art and coding. I found myself with massive burnout which led to a “creative drought”. In the last week, I was busy implementing all the GUI stuff that I put off until the end all at once (which was also a bit stressful). There were so many moments during the month were I wasn’t sure if I could finish this game in time! It’s important for developers to take breaks because it can result in greater productivity later! There is a bit of a “hustle” culture around game dev, where it’s seen as a source of pride to overwork yourself and put your game before your needs. But this is unhealthy. I did my best during the middle of March where I took my time to work on the project.

If you’re interested in checking out a horror visual novel that’s more than just a game featuring monsters as its ensemble, I highly recommend playing A Monster’s Insight.

“What if when you wished for something, someone answered?” Snow Angel is a heart-warming love story between a human and an angel involving fluff, baking and falling snow. Pick your own pronouns and experience a charming tale within the alps. One day after an awful experience with a customer you meets a beautiful stranger that unexpectedly turns your life upside down.

Snow Angels delivers a much-needed adorable tale between a human and an angel named Raphael. There’s very little drama that happens between the main character and the long-haired angel. The game is just filled with tooth-rotting fluff, which I think is something that I needed after playing through very emotional visual novels such as Collar x Malice. Snow Angels does a good job at reminding me that a game doesn’t need to pull at my heartstrings in order to be a fulfilling experience.

When it came to development, Crysil, who worked as not only the project lead but also as the game’s artist and scripter, shared with me the numerous highlights of Snow Angel‘s development.

There were a lot of great things in the project. In particular, I was seriously blown away by my team members. Initially, I didn’t think I’d be able to actually do the project for NaNoRenO and was very close to just giving up after getting ghosted by multiple people. Thankfully eventually I found my current team and everyone came together to bring the project to life. I really owe it to the whole team’s enthusiasm and can’t be more grateful for all the hard work we’ve done and the fun we had.

As I mentioned in my advice corner post for game jams, jams can be incredibly intimidating, especially with the time restriction you’ve given. However, I think as long as you can find a way to manage your time as well as have a great, supportive team, you’ll be able to do wonders with the time you’re given.

A big struggle was the lack of a background artist, so I had to find a way to get about a dozen pieces with minimal time requirements. We had someone apply for a while but like some of the people before they quickly ghosted without creating anything. The background issue came to me as the only artist in the group. After some research I found a method to filter and alter some photo bases quickly which allowed me to get all those in for the game.

Since our team was small, it meant each person had to really deliver. I really felt that struggle when it seemed my work kept piling up: sprites, backgrounds, scripting, UI….so I was really thankful for when Liv was able to step in and take some of the load off with scripting.

Like I said earlier with from that moment she neglected the world, it can be incredibly overwhelming when you take on multiple roles. So if you can, try to spread the workload out and see if anyone else on your team can help. In Crysil’s case, having another person help with scripting did wonders for her.

Those are just some of the responses I received! Thank you to everyone who reached out to me; it was incredibly hard to narrow down which games to feature, as every single one of them is great. Remember, this is just a taste of the games that were created for NaNoRenO 2021, so I highly recommend checking out the jam’s page to see what other titles there are. A shared commonality I found with each developer that reached out to me is that all of them poured their heart and soul into their games.