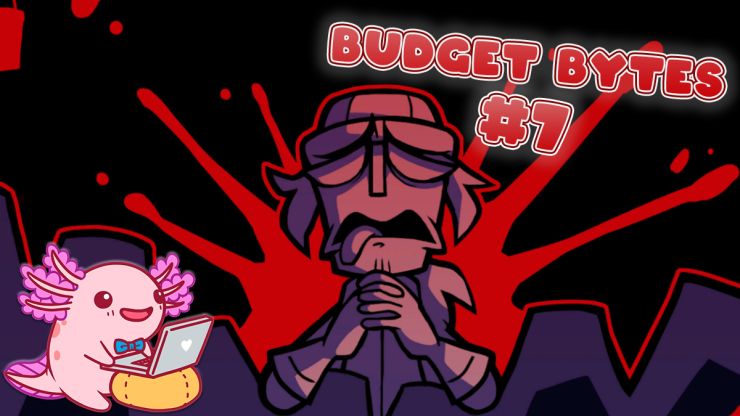 It’s December, which means a new edition of Budget Bytes! Let’s see what games are on the list this month.

Welcome to another edition of Budget Bytes, where I recommend you games that cost $10 or less! Let’s get into this month’s list of games.

DHIA is set in Indonesia, and you play as an eighth grader who is given a pair assignment where they’re tasked with taking pictures and making a presentation about what makes them proud to be an Indonesian. You’re paired up with Dhia, a hard-working student who is beloved by all. At least, that’s what you think. Dhia is constantly made fun of for her natural features, such as her dark complexion. Suhita, her supposed “friend,” constantly makes comments on how if Dhia wants to be admired, she needs to put on face-whitening cream.

The topics of skin color and whitening products are something we as a collective try to shy away from and ignore, but they’re real issues that are relevant all over the globe. If you have a lighter skin tone, you’re seen as beautiful and valuable. Opportunities will come more easily to those people. But if you’re darker, then the complete opposite happens. People who have dark skin lose confidence in themselves and believe they can’t be beautiful because of their natural features, so they try to change themselves in order to be accepted into society. It’s a sad reality that many live through, and I think it’s fantastic that this game brings light to this issue.

I wasn’t totally in love with the main character at first. He’s lazy and isn’t entirely thrilled to be working with Dhia because he knows he has to put in effort. However, as the game goes on and Dhia’s problems are revealed to be more serious than he originally thought, he starts to form a connection with Dhia and help her out when she needs it.

Aside from a few typos here and there, DHIA is an interesting albeit short look into the topic of beauty. If you have 20 minutes to spare, I recommend checking it out.

Kick the Bucket follows Bertram, a new employee at Kick the Bucket co., a company fittingly known for bucket incidents that have resulted in injury or death. Despite the notoriety the company has, Bertram couldn’t pass up the opportunity to work at a factory that has a suspiciously high pay rate. Immediately, he wants to get out of there, but it isn’t an easy task. It’s your job to try and get Bertram out of the factory alive.

Where Kick the Bucket really shines is in its writing. The game, if the premise didn’t give it away, is a comedy in its purest form. The game is keenly aware of how ridiculous this entire situation is. For example, the first choice you can make in the game is to put a bucket on your head. When you select this option, the game comments on how weird this option is and spins it as though you, the player, aren’t taking the situation seriously. But, despite this, Bertram puts the bucket on his head anyway. The game’s overall writing is like a narrative commenting on the game’s absurd events rather than going into super detail about what’s going on around you. I know that some prefer the latter, but I think going with the former really helps drive home the jokes and ups the comedy. A good example of this would be when Bertram is in a room with bucket cultists, and despite them praying to a bunch of buckets and being covered in blood, the game can’t help but make a funny point about the terrible decor.

The issue with Kick the Bucket comes with its UI. It’s pretty barebones. You can’t skip text that you’ve already seen and there’s no opportunity to save. Granted, the game is relatively short, but considering that there are multiple endings and choices, the option to save would have been nice. Also, don’t hit the Esc button. Doing so will automatically close the game without a prompt asking you if you’re sure you want to quit the game. So, be careful.

A common thing I see on Twitter is whenever a love interest for a romance visual novel is revealed, people, including myself, get very excited and comment on the character’s appearance, saying how cute or hot they are. But what if we never saw those characters and instead were only presented with their personality? Would we have that same initial reaction? That’s what I feel like Personality Dating Sim is asking us. In this title, as the name suggests, you date a person’s personality. You don’t know what gender they are or what they look like; the five characters are represented by colors.

During your playthrough, you’ll ask a series of questions to get to know the different colors better. The questions vary from what they like to do to if they prefer cats or dogs. But, when you select an individual color to talk to one-on-one, things get more intimate. You can them personal questions, such as if they have any regrets. When I asked these questions, even though I don’t know these characters or what they look like, I felt for them. It was incredible that the game was able to make me feel for a colored orb. During these one-on-one conversations, you’ll be asked the questions in return and you can type out a response. Not only did I think this was a neat feature, although very limited as the character doesn’t directly respond to what you say and only gives a generic reply, I thought this did a good job at creating meaningful conversations where both the character and player get to participate and get to know each other. To top it all off, the music is incredibly soothing and it helps ease the player into talking about themselves.

The issues that I have with Personality Dating Sim are similar to the complaints I had with Kick the Bucket. For example, there’s no options menu. So, if you want to speed up the text or skip dialogue you’ve already seen, you’re just going to have to keep on clicking. Now, from what I’ve researched about the TyranoBuilder engine, which this game uses, there is a skip feature that can be added, but it’s not something in there by default like it is in Ren’Py. It’s a relatively small thing, but because they’re so common in visual novels and they’re tools players use a lot, having these features not be there for one reason or another is odd.

I think Personality Dating Simulator does something unique that makes it stand out in the romance visual novel genre. I believe that if the UI was improved, it would definitely take the game up a notch for me.

As a warning though, there is a known issue for the Mac version where the game is bigger than the screen. If you are someone who is interested in this title but uses OSX, the dev is currently hard at work trying to solve the issue.