Behind the Scenes with Marc Soskin

We sat down with Marc Soskin of Silken Sail Entertainment to talk about some of his creative endeavors including the recent release of Henchman Story!

Marc Soskin is a man of many talents, including writing, voice acting, and most notably game development. Soskin has been involved in many exciting projects such as a Dragon Ball Z Abridged Series, the hit RPG The Outer Worlds, and most recently his own labor of love, Henchman Story, which we’ve had the pleasure of reviewing on the site.

Marc Soskin is the owner and head developer of Silken Sail Entertainment which focuses heavily on story rich games. We got to sit down with the game developer to talk about some of his creative endeavors including the recent release of Henchman Story, how he now finds himself as part of the VN community, and of course- upcoming projects to look forward to. 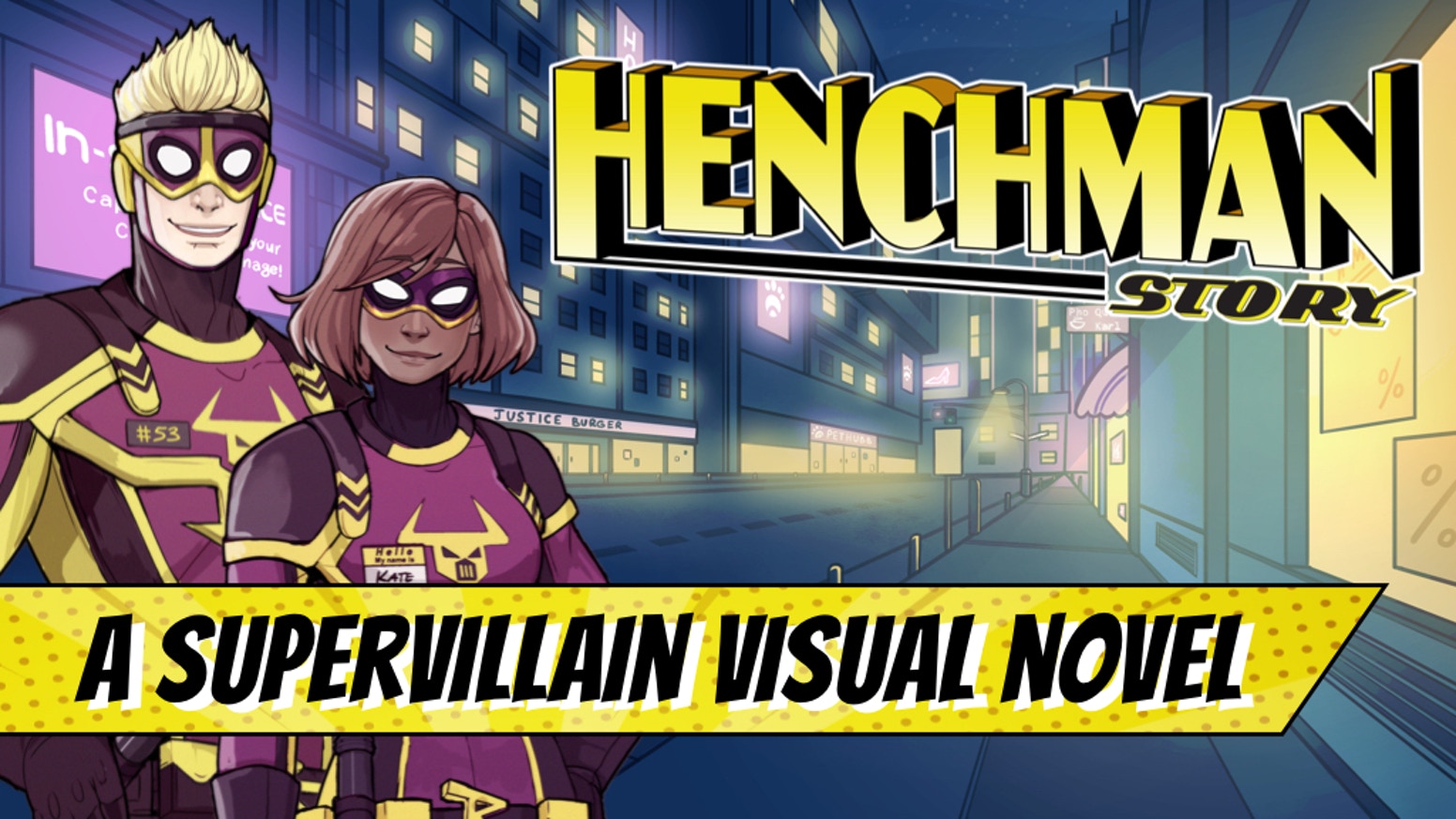 Can you tell us a little bit about yourself and how you got your start in developing games?

Sure, and thanks so much for having me, by the way! I’ve been making video games for over seven years now on everything from mobile, to PC VR and major consoles, with my specialties being in writing and level design. That includes games like The Outer Worlds, Lone Echo and ARK: Survival Evolved. Before all that, my earliest game projects were mods, most notably a Skyrim quest mod called “Moon and Star,” which is still getting downloads today somehow.

Why visual novels? You’ve worked on a big rpg game, The Outer Worlds, which takes a different approach to storytelling than the medium you find yourself dabbling in now.

It’s interesting, because while you’re right that there are a lot of obvious differences, when you pop the hood and look at how something like The Outer Worlds’ story actually functions — purely from a narrative perspective — they have a lot of similarities. Honestly, if you wanted, you could reconstruct every conversation in TOW using the same tools I used to make Henchman Story. Same with Lone Echo, which I think would actually make a particularly good visual novel if you put the effort into retooling its puzzles and exploration. So in terms of creating branching conversations and stories, I didn’t feel as restricted as you might expect.

Where the constraints come in are things like environmental storytelling or conveying narrative through more traditional gameplay. I couldn’t reach into my level design toolbox and craft a combat encounter or block out a 3D environment that was meant to convey certain feelings or details to the player. Sometimes that was helpful though, because I think creativity blossoms from constraints.

So I guess to answer your original question — why visual novels? Because I think with the right execution, visual novels are just as capable of creating a compelling, interactive narrative as something like an RPG. The way I like to describe them is as the space between a Telltale game and a text adventure. They still have the magic of player choice and reactivity that sets games apart from books or movies, and they can still have exciting visuals that immerse the player in the game world. On top of that, they also have a lot of added similarities to comics when it comes to aesthetics and storytelling technique, so I thought a visual novel was the perfect medium for Henchman Story.

Well as a positive, it eliminates some of the extra work that you’d have to do just to get the game shipped. I never had to worry that much about optimization or getting the game to run at a decent framerate, which is what a lot of the last leg of AAA development is about. There was no tinkering with things like occlusion, level streaming, or lighting builds. That’s necessary and rewarding work, but it was nice to have a break from it.

On the other hand, when you’re an indie leading a small team, you don’t have much of a support structure. You can’t rely on a crack, internal QA team to catch bugs for you, or a platoon of producers to keep everything organized and on track — you have to do that yourself. Likewise, if there’s a problem you’re struggling with, whether it’s a scene that’s not coming out right or anything else, there’s often no one you can talk it over with or call on for help. So it takes a lot of self-awareness and discipline to avoid painting yourself into a corner.

It was also fun to voice-act for a game I wrote too, mostly because if I ever flubbed a line, I got to complain to myself like, “Who wrote this shit?” When you’re going through four thousand lines of VO, it’s the little things that keep you sane, you know? 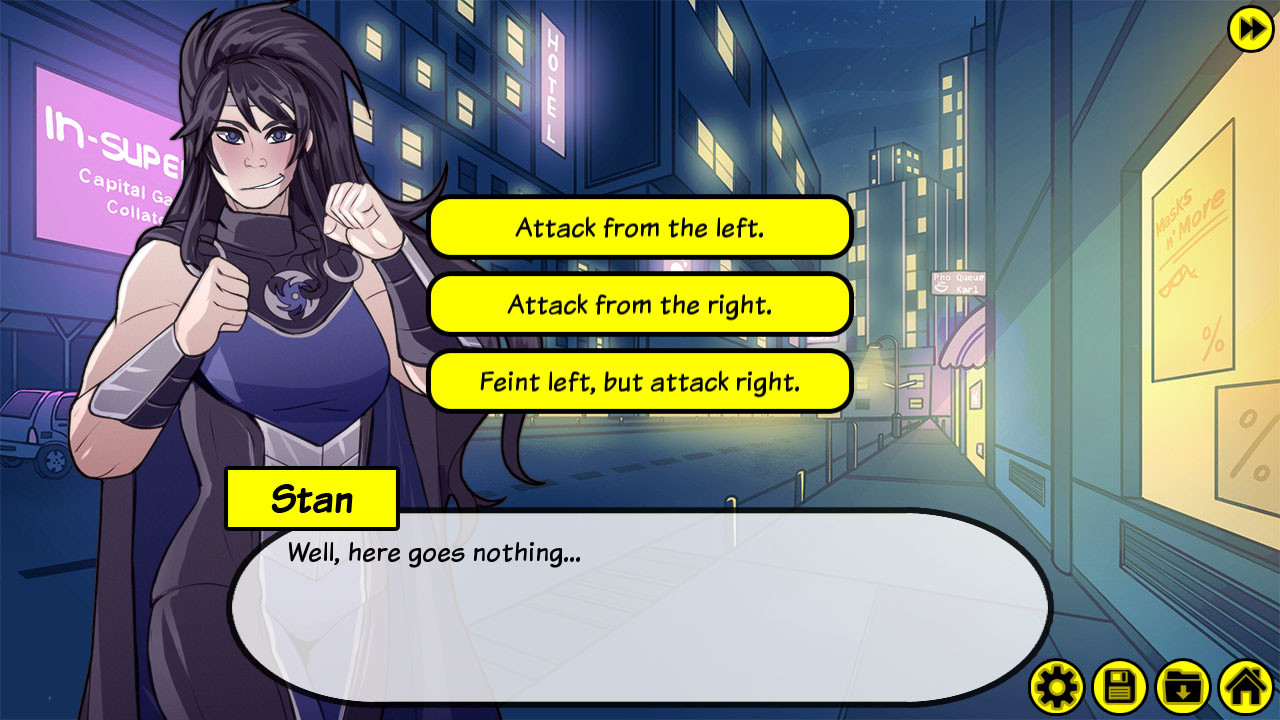 Is approaching a visual novel similar to work you’ve done on other genre of games, or is it a whole new beast you had to learn to tackle?

Every medium has its differences. Working in VR on Lone Echo had a whole bunch of challenges because people absorb information so differently when they’re in that situation, and visual novels have their own quirks. The use of narration is way more prominent, you have to be conscious of your visual limitations and there are some UI expectations that I had to get used to.

However, the branching narrative tools are similar, and I think with writing especially, it’s very important not to get too wrapped up in the differences. Yes, you have to keep them in mind, but the fundamentals of storytelling remain the same. Characters and their personal journeys always come first for me. Whether the story is told through a series of notes the player finds like in ARK, whether it’s a big budget storytelling extravaganza or whether it’s a visual novel, that’s what drives everything forward. I know that’s not groundbreaking, but I think it’s easy to get lost in the weeds and lose sight of that, especially in game development.

Can you tell us what it’s like being part of the visual novel community? Are there ways you like to stay involved?

I think it’s really wonderful how positive and supportive the indie visual novel community is as a whole. It’s very welcoming to new voices, and I think it’s become pretty experimental as a result. It’s awesome to see! For me, I’ve mostly tried to pass on that positivity by being supportive and uplifting when I can.

You’re an award winning writer. Do you have any advice for those wanting to write their own game? What do you think goes into creating an enjoyable narrative?

For writing in games specifically, the common advice of starting with a small, manageable project and learning some technical skills to complement your writing still holds true. Making sure you have something to build off of and the ability to implement your story into the game yourself is a great starting point.

More generally, as a writer, you should always be listening and observing. Learn from everywhere and everyone, and don’t limit that to playing games, watching shows or reading interviews where some yutz like me is yammering on about storytelling. Learn when you’re running errands, socializing or travelling. With the abundance of media out there right now, I think it’s really easy to start thinking of a story only in relation to other stories, or as a collection of rules and tropes. That kind of analysis has its place, but if you go too far you could lose the connection to life and the human experience that’s at the heart of any compelling narrative. 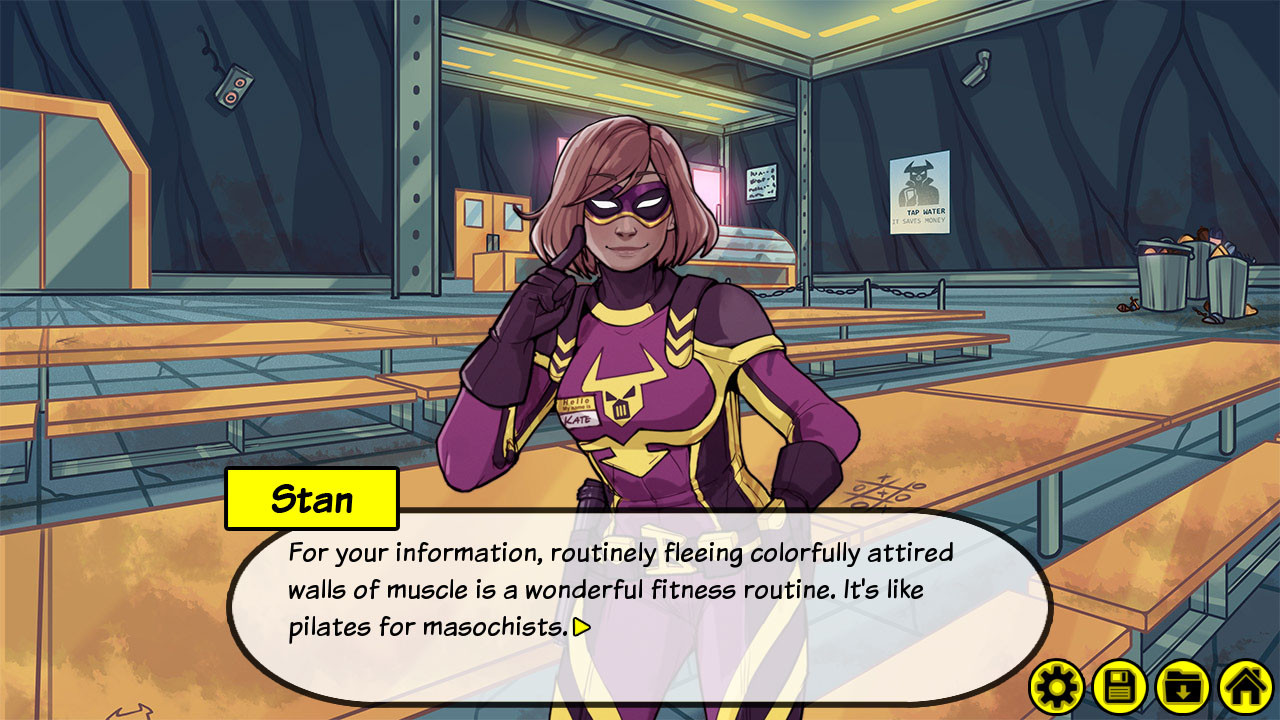 With the release of Henchman Story, can you tell readers a little bit about the project? Where can our readers find a copy to purchase themselves?

Like the name implies, Henchman Story is a slice of superhero satire where you play as a supervillain’s lowly henchman — the comic book equivalent to an ordinary office worker. Every day you put on your goofy purple uniform, try not to get beat to a pulp by masked vigilantes and cash your check. It’s a decent living, provided you can keep your head down and have a moderate to exceptional tolerance for pain and rambling monologues.

Over the course of the roughly 200,000 word story, you’ll make friends, enemies and possibly find romance among a colorful cast of heroes, villains and henchmen. all of whom are fully voiced. In fact, there’s around 7000 lines of voiced dialogue, and 11 total endings. Even though our protagonist is a mere henchman, his choices can have a huge impact on how the story plays out, so we hope it has lots of replayability! You can see for yourself on Steam, Itch.io, Nintendo Switch, PS4/5, Xbox One and Series X|S.

What inspired the idea of Henchman Story?

Comic books and superhero fiction played a role, of course, and I thought they paired well with the visual novel medium. So I was thinking about the possibilities there, and the idea of a comedy that focused on a henchman character was always a fun option. Though I don’t think I really honed in on it until I started looking at a supervillain’s lackeys as twisted take on white collar office workers. That’s when it really started running wild in my head.

You’ve run a successful Kickstarter campaign for the game. Do you have any advice for people wanting to go down a similar path?

Be communicative and responsible. When people back your Kickstarter, they’re putting their faith and trust in your project. That means you should go in with a rock solid plan on how to deliver your game if your campaign succeeds. So pick a goal that can actually fund everything you’ll need to finish the game, and if you hit it, that’s awesome! Take time to rest and celebrate, you’ll probably need it, but then your backers are counting on you to finish the game. That may sound like a lot of pressure, but I think that’s what it takes.

Are you working on anything else? Do you have any information on future projects that VN Game Den readers can look forward to?

Yeah, Silken Sail has a few ideas brewing, actually! I like to play things close to the vest until I have something concrete to show, but they’ll be focused on branching, interactive storytelling for sure. That’s where I think the magic of video games lies, and that’s what we plan to specialize in. We do have ideas for spin-offs and DLC for Henchman Story, though whether or not we see them through depends a little on how the game does as a whole. We’ll see!

You can pick up a copy of Henchman Story yourself on itch.io or Steam!
behind the scenes Henchman Story interview Marc Soskin Silken Sail Entertainment