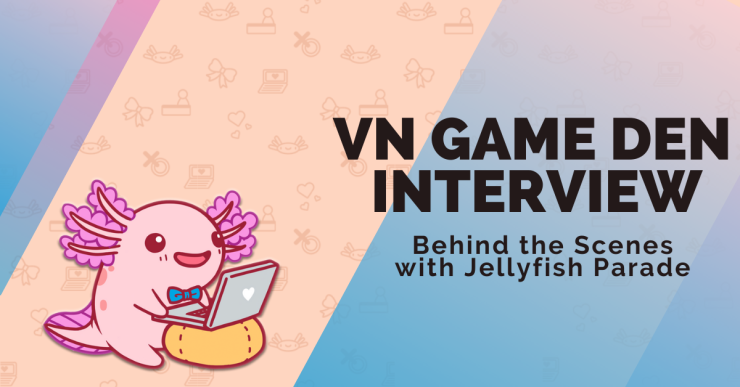 Behind the Scenes with Jellyfish Parade

We sat down with the owner and lead developer of Jellyfish Parade to discuss why she began making games, the importance of diversity in visual novels, and upcoming projects you can expect to see!

Jellyfish Parade is a woman led independent visual novel development team that focuses on creating diverse games for people from all walks of life. You may have heard of some of their games like War of Roses, Celestia, Heroine for Hire, Pairs, and their most recent visual novel Belle Automata which was fully funded on Kickstarter! You can check out our review of that exciting sci-fi game right here.

We got to sit down with the owner and lead developer of Jellyfish Parade, owl., to discuss why she began making games, the importance of diversity in visual novels, and upcoming projects you can expect to see from Jellyfish Parade! 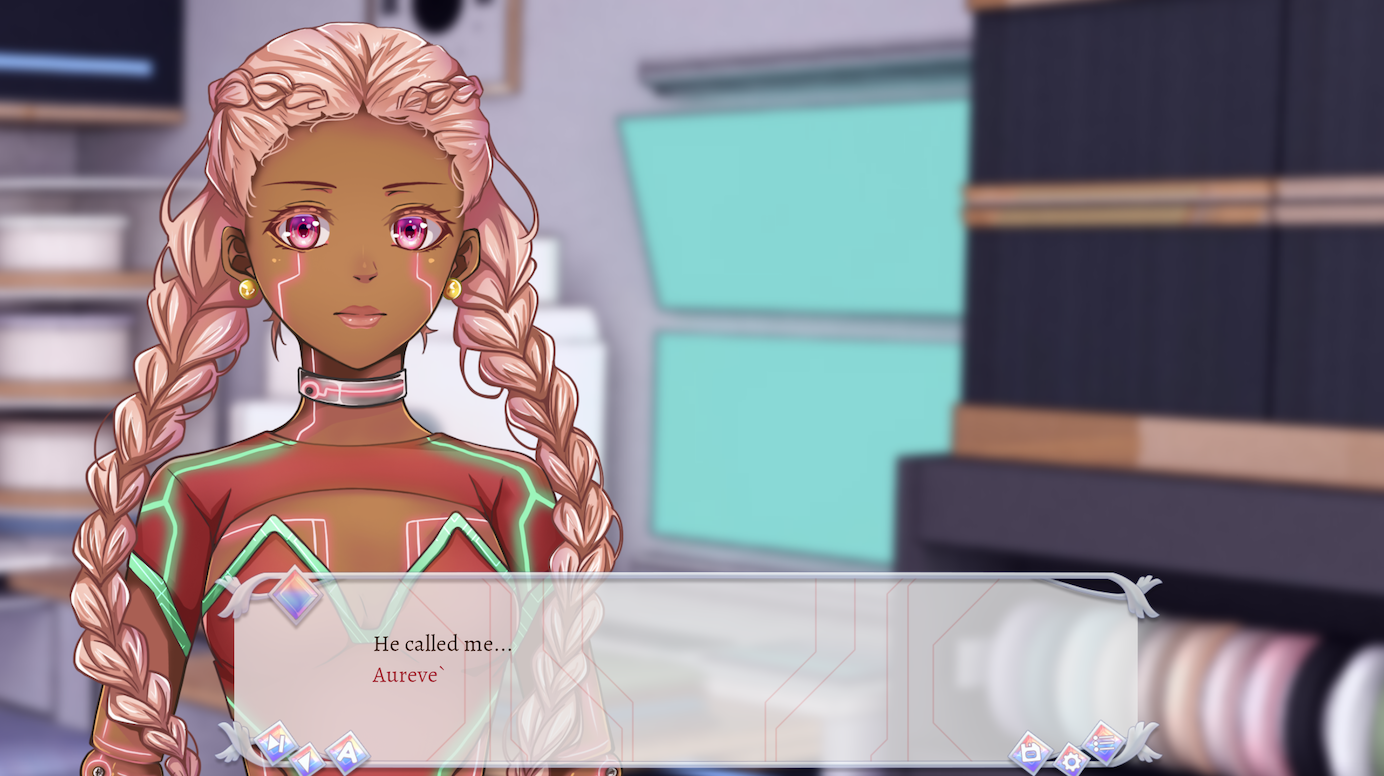 Can you tell us a bit about who you are and why you’ve chosen to make visual novels?

Sure thing! My name is owl. (lower case and period included) and I’m a 27 year old game developer! I’ve chosen to make visual novels because I love to play them.

What about the visual novel genre allows you to express yourself that other mediums lack?

I love making visual novels because I get to tell stories that give the player autonomy, involving them in the storytelling process. I think it’s natural for people who are into any given media to want to participate actively in their hobby so making VNs is a great way to support that desire. I also think that the visual novel genre has a lot more exposure to its audience as opposed to, say, an original fiction writer.

Your games prioritize diversity and highlight people of color. Can you speak about the importance of this for yourself and for the gaming industry?

It’s important to me because I am black and I am tired of ambiguously brown people in games being considered representation when they usually don’t have eye colors, hair textures or cultural indicators of black people. I want to make games that have representation that can’t be denied, with characters that are unapologetically and undeniably black, even when they aren’t even human. That means robots and aliens with curly hair and goddess braids and passion twists–not exclusively but in addition to black and brown human characters. 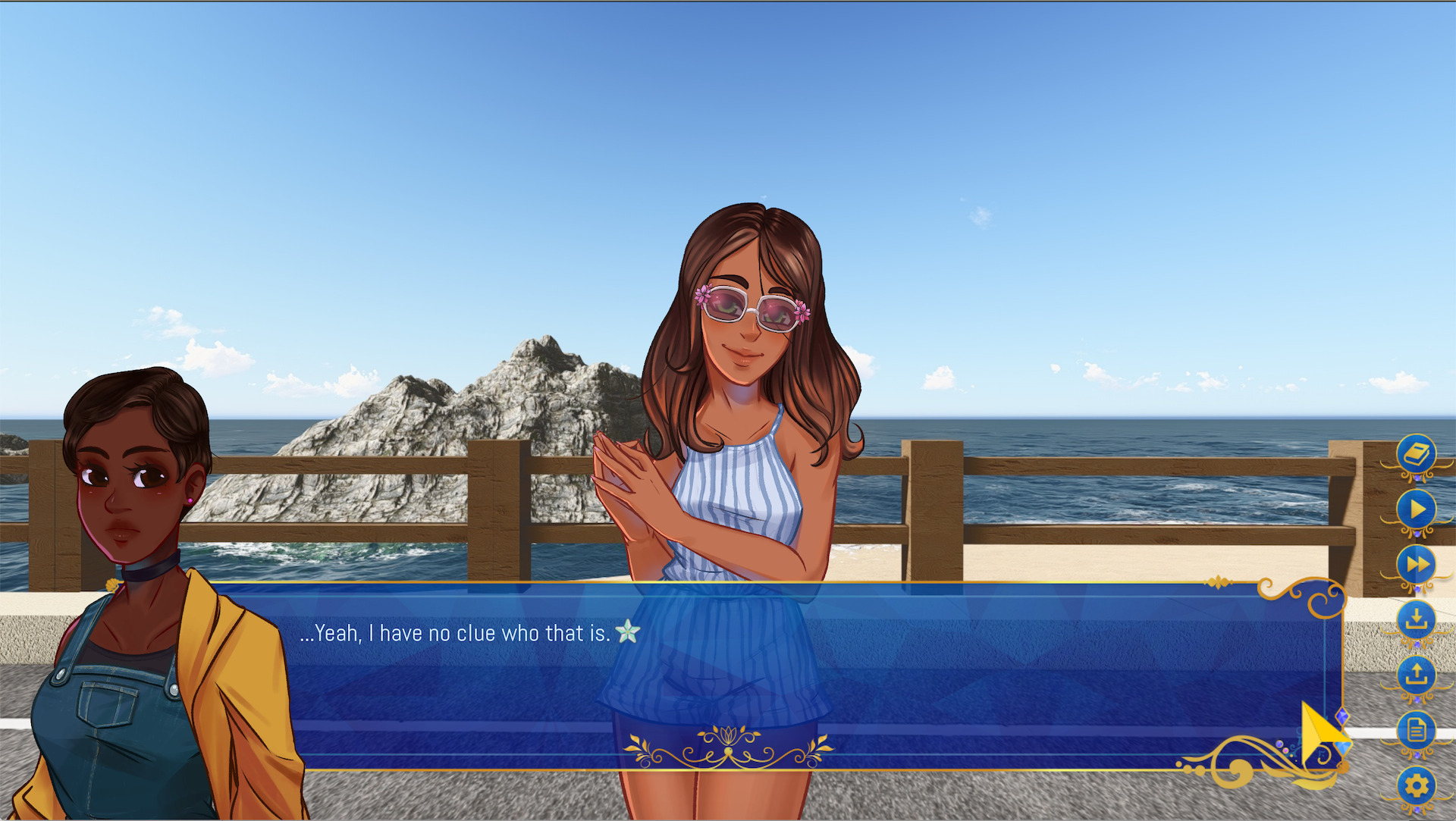 With a few games out already, do you have any favorites that you’ve worked on? What about least favorite?

My favorite game is usually whatever one I’m writing at any given moment, but my magnus opus is definitely Ocean Pearls, haha. My least favorite game is probably War of Roses. I am not a fan of that sort of drama or love triangles and I view that game as the antithesis of everything I want to make. HOWEVER, that is my most popular game so I can’t really hate it. XOXO Academy, my first game, also ranks in there, mainly because I find it embarrassing.

How about some of your favorite characters that you’ve gotten to write?

My favorite character to write is Kitten Pink. She is absolutely chaotic in every way and writing her character makes me laugh so much! Other runners up include Diego from Belle Automata, who is the type to say rude things in a sweet voice. It makes for a lot of comedic moments and his interactions with the other characters are pretty fun. The more hilarious I find a character, the more I enjoy writing them, so if my character makes you laugh, most likely they’re a fave of mine.

You’re not only doing the project management for your games, but you also write and compose! Which is your favorite to do of the three?

I love creating first and foremost so while all three are challenging, writing and mixing music are equally loved by me, whereas I view project management as a necessary evil. Writing is a skill that I honed whereas music making is much more chill and more of an organic process.

Your newest project, Belle Automata, was fully funded on kickstarter. Congratulations! Can you tell our readers a little bit about the game and what inspired it?

Thank you! Belle Automata is a romantic sci-fi visual novel about a sentient android who is purchased by a mysterious benefactor. It details her life now that she has a choice to do what she wishes to and her journey of sentience as she discovers others just like her. It involves inspiration from fiction stories such as Strange Case of Dr. Jekyll and Mr. Hyde, Pinocchio, The Wiz and Beauty & the Beast. It started as me thinking about ways to reinterpret faerietales into scifi settings such as Once Upon An Electric Dream, a game I wrote for another studio. In that game, the theme was Sleeping Beauty, and Belle Automata’s original theme was Beauty & the Beast. It’s changed a lot since then, though people will still find those nods to Beauty & the Beast in one of the routes.

What have you learned from working on other games that have helped with the production of Belle Automata currently?

Fire people who don’t communicate and don’t meet deadlines. (Both, not one or the other.) If they’re not pulling their weight, then you need to let them go for the better of the project. It might seem cutthroat but it’s better to have someone who completes their work and communicates so that the project doesn’t drag on for years.

Do you have any recommendations for diverse visual novels that VN Game Den Readers can check out?

My favorite of all time is Nusantara, which blends Indonesian culture with the isekai genre. I also really love The Bare Escape, a really HILARIOUS VN that’s often overlooked. 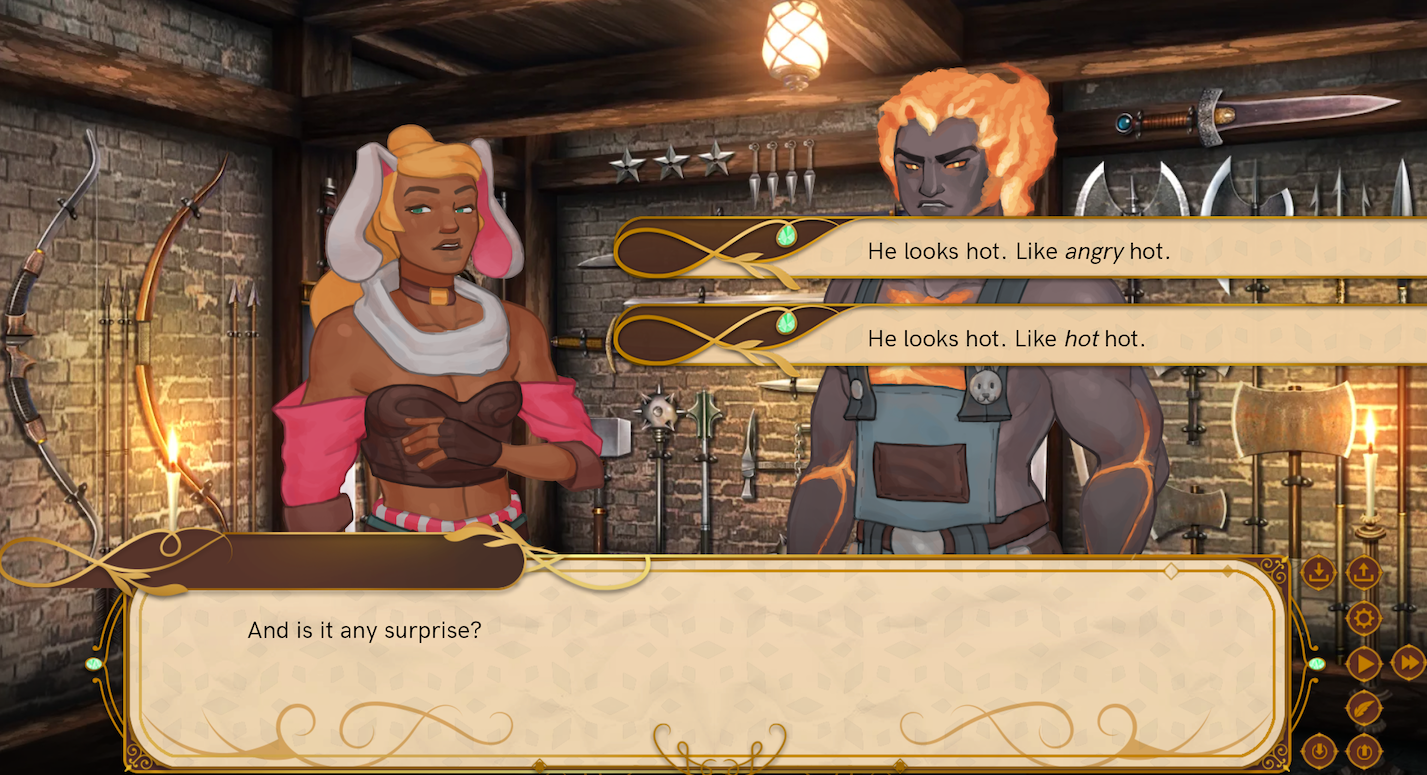 Do you have any advice for people who would like to start making their own games?

Write first, art later. I see a lot of people doing the opposite, but in reality, if you don’t have the writing down, you risk not completing the work since the writing part of the process is time consuming and you might find your art style changing over time.

In your opinion, what can developers do to create meaningful representation in their games?

Don’t be afraid to have more than one black and/or brown person in the setting–especially if you have a large cast. Do research. If you choose to have darker love interests, don’t exclusively put them in subservient positions, such as slaves.

For art: use google and be specific. For example, there are so many types of stylings that black people have that there is no reason to ever retreat to the same two hairstyles (locs and a fro). Just like a person can google hand references, they can google “popular black hairstyles 2022” and find results that will both enrich and vary their designs.

For writing, two things: 1) Black and brown people don’t need a reason to exist in your game and setting, especially fantasy and scifi genres. Just place them there and let it be. 2) Choose your words and power dynamics carefully.

Is there any new information about Belle Automata’s progress that you can share with our readers? Are there any future projects you’re working on that our readers can look forward to?

I just finished the first route of Belle Automata, that of a character who calls himself the Nightmare Prince! The second route, that of Victor the butler, is underway. And actually, I have a lot going on in my wheelhouse behind the scenes! I can’t really reveal anything yet because outlines are still being written, but some key words for new projects would be “The Protectors” and “The False Princess”. There’s also a strong chance that 2022 will be like 2021 in that I’ll be returning to old ideas and completing them. The sequel to PAIRS (called SINGLES) and Our Celestial Faerietale are slated for me to work on and hopefully even complete this year. I also have been working on a remake of my first original visual novel, Of Ice & Snow. This is Jellyfish Parade’s year! I’m sure of it!