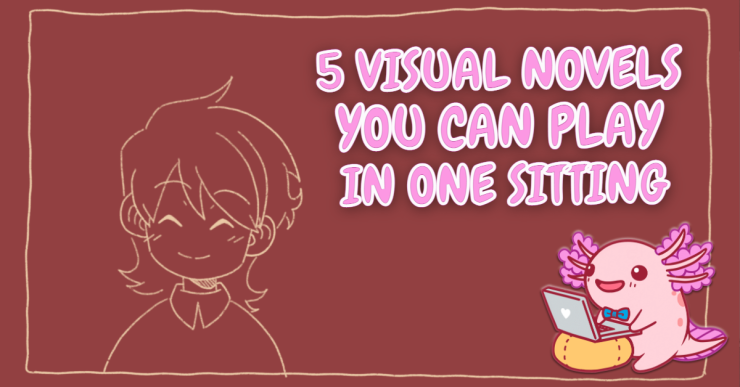 5 Visual Novels You Can Play in One Sitting

We’ve compiled a list of short visual novels in various genres that can be played to completion in a single sitting!

It’s 2022 and people seem to be busier than ever. Finding a moment of free time to play video games is hard. Finding the time to invest into a 100,000-word visual novel with multiple endings is even harder. I often find myself invested in a storyline that I end up never completing because I simply don’t have the time. Usually when I finally return to the series, I’m completely lost, having forgotten what I read previously.

Sometimes it feels a lot more satisfying to be able to complete a game in a single sitting (or maybe even two). So, we’ve compiled a list of short visual novels of various genres that can be played to completion in a single sitting! We’ve included links to their full reviews on the site if you’d like a more in-depth look at any of the experiences we’ve mentioned. 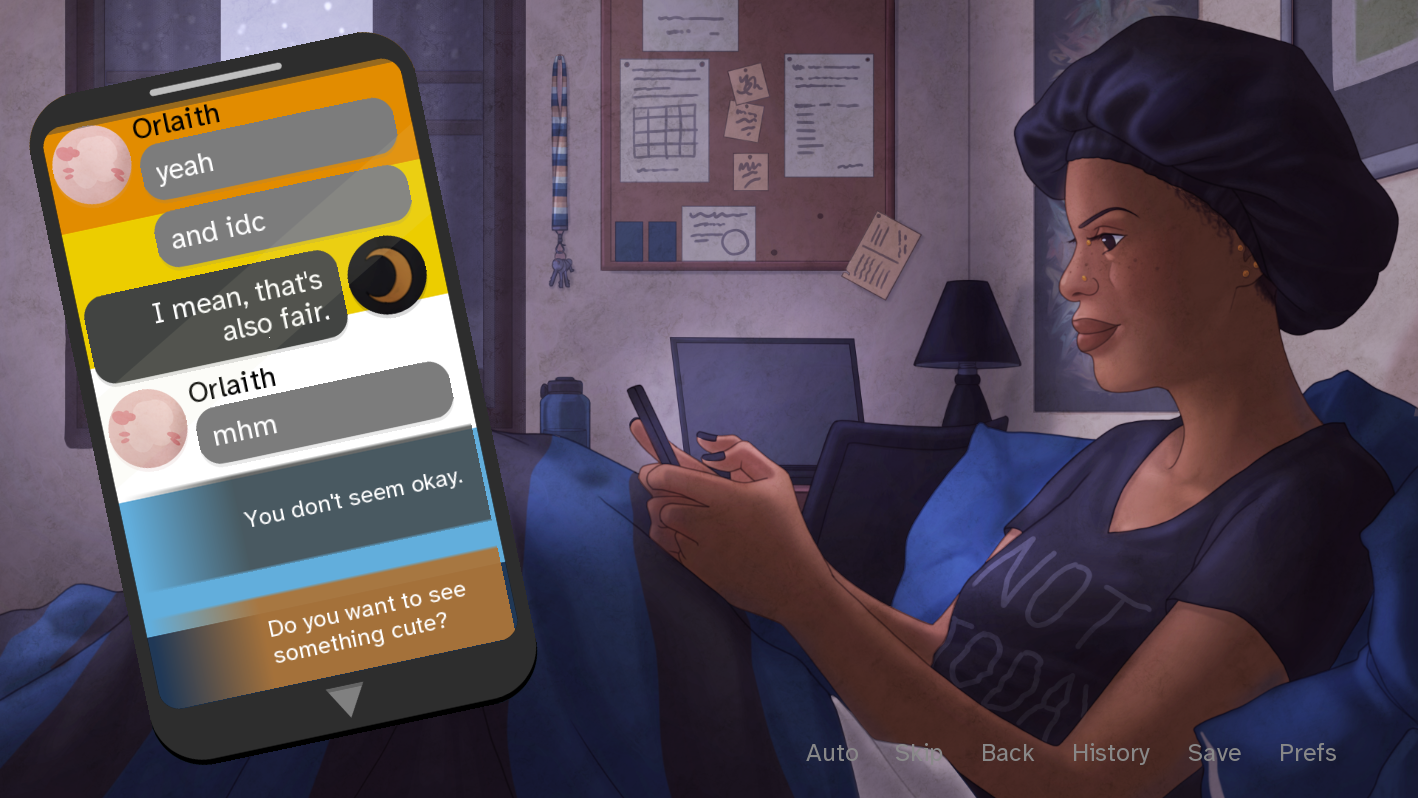 How We Show Love

How We Show Love is a short visual novel that was released for the 2021 Winter VN Game Jam. Don’t let the fact that it was released for a jam deter you from checking this game out. Short development times do not always equate shoddy quality and unfinished games! How We Show Love features full voice acting, relatable dialogue explored through texts, and a deep central plot. Follow Saorise through her day as she tries to figure out just what is bothering her best friend Orlaith. This is a tale about friendship first and foremost, and it explores some of the beautiful moments you can share with others even amidst a pandemic. The absolute best part of this game is that it’s completely free, so what are you waiting for? 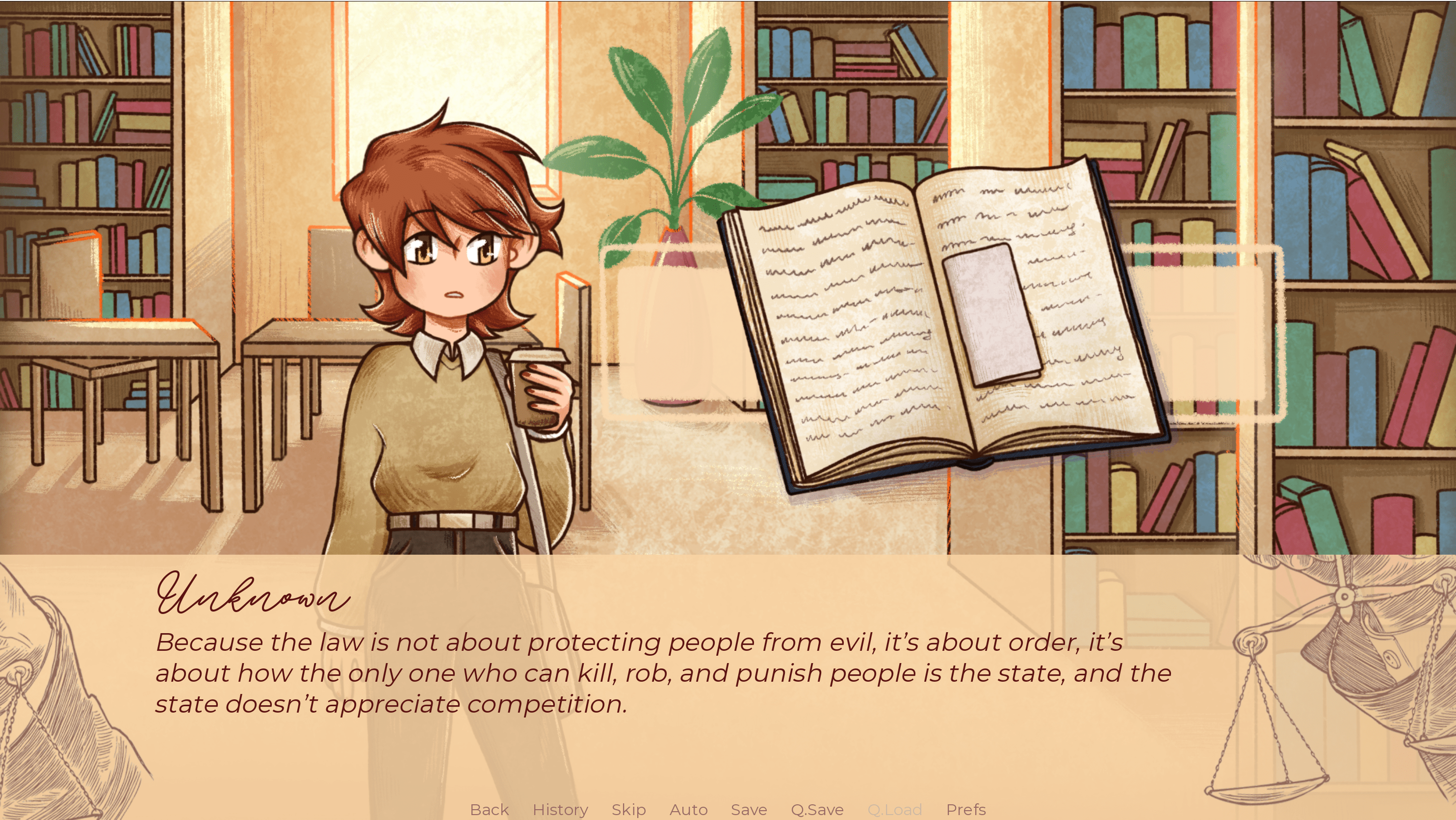 yurisprudence: whispers from the library

yurisprudence is another jam game, this one released for 2021’s Yuri Game Jam. yurisprudence gives players a cozy experience with its warm brown color scheme and soothing music. You really do end up feeling like you’re transported into a library during your college studies, peeking over the heads of books and watching people trail by. This game presented me with not only the nostalgic feeling of my own university days, but also a fresh, new, and exciting sense of wonder. yurisprudence isn’t fully epistolary, but there are moments between characters passing notes in the pages of an old law book. The whole idea is novel and honestly romantic. 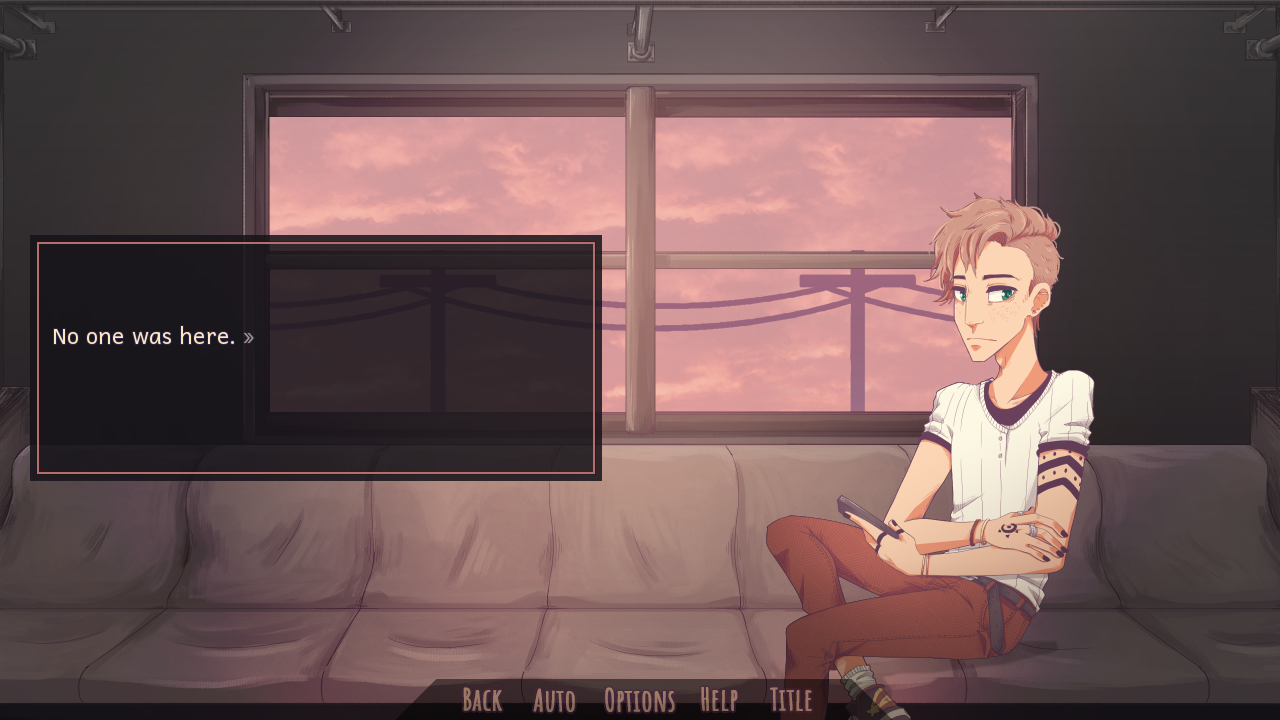 Yesterday, the World Ended is shorter than most games on this list. It will net players around a five-minute experience depending on the choices they make. What’s interesting is that Yesterday, the World Ended uses a very small amount of assets. This is because it is an entry to the Only One of Any Asset Jam, where developers only have one week to make and submit a 1,000-word game using only a single sprite, background, sound effect, and music track. With this stipulation in place, the developer was able to creatively craft a gaming experience that is both intriguing and thought provoking.  If you’re big into the apocalypse genre, you’ll love this short experience. 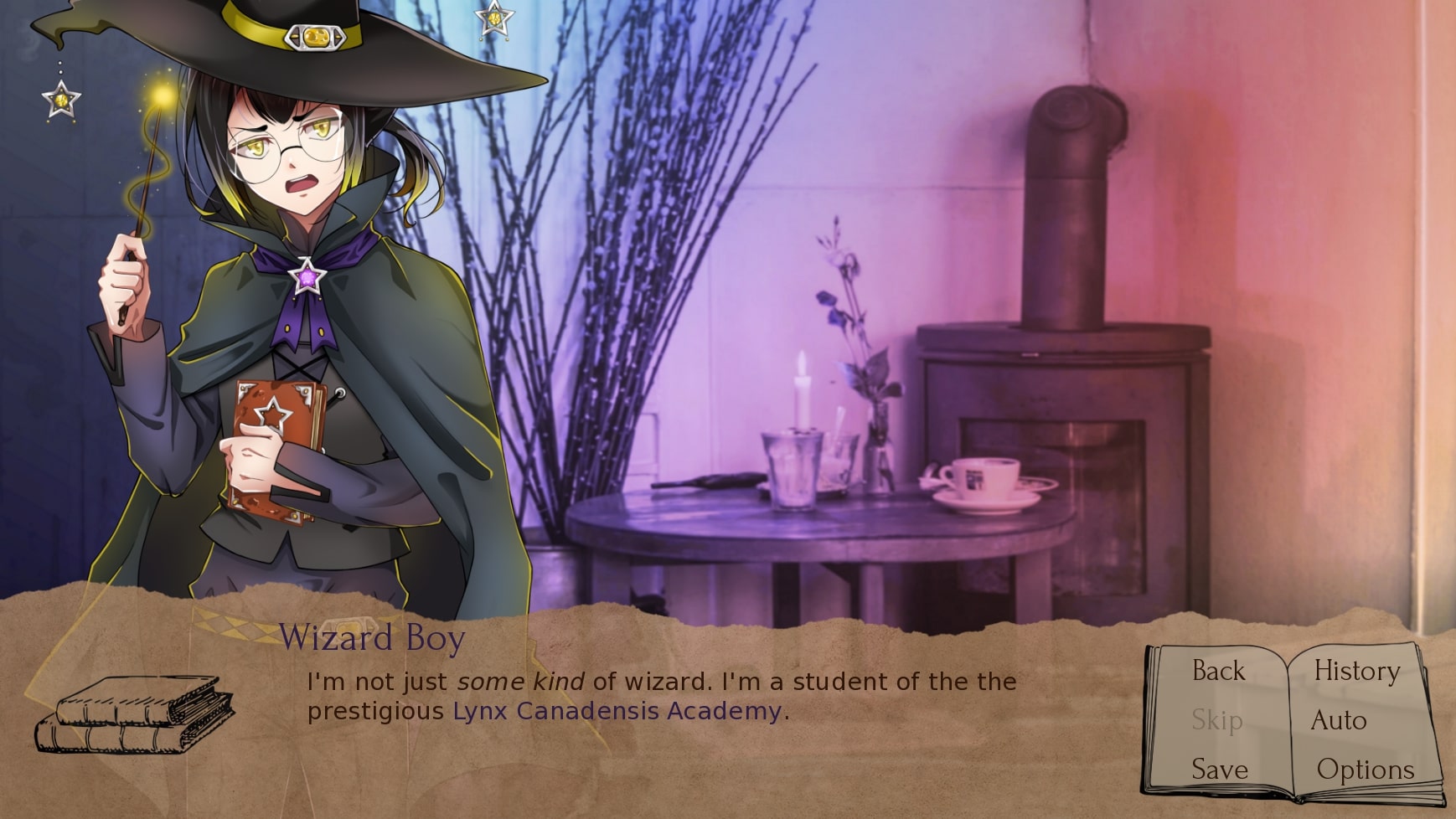 Wizard School Woes by Jane Titor is a short game worth checking out because it explores interesting lore and an equally interesting main character. While the game itself only focuses on your one-on-one conversations with the young wizard Ambrosius, he’s interesting enough to carry the narrative on his back. You’ll find yourself wanting to find out more about him. And though the game’s premise is fairly simple, there’s nothing saying a complex and groundbreaking experience is needed to have a good time playing through a game. Especially a visual novel! What I love the most about Wizard School Woes is the game’s use of Creative Commons assets. Some of these I’ve seen around or even used in my own games; however, it still lets people know of the unique setting we’re in. It also proves that to make a good game, you don’t have to shell out thousands of dollars! 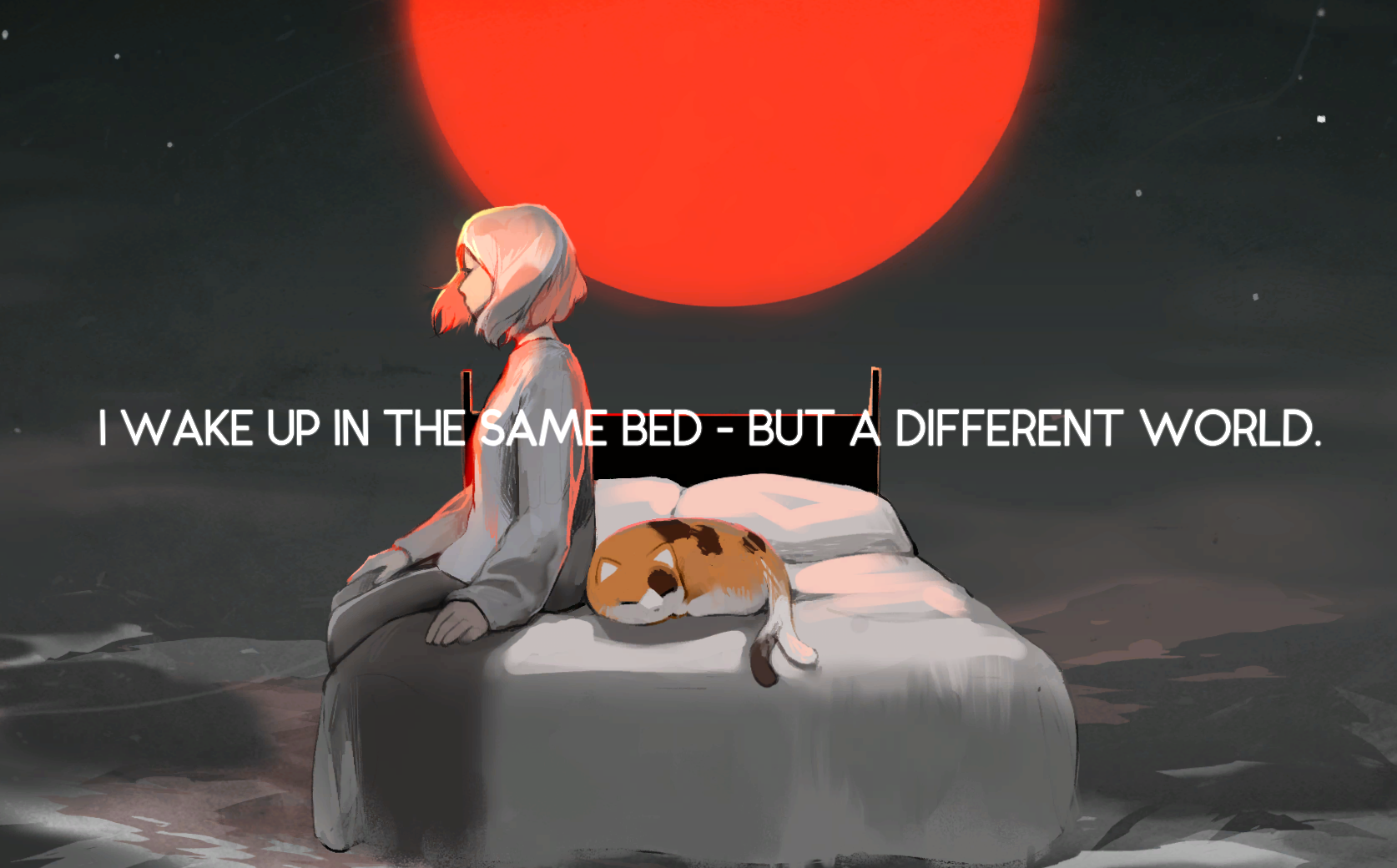 One of the more polished games on this list, YOU LEFT ME. quickly rose to popularity when famous YouTuber Markiplier played the game on his channel. The attention the game has amassed up until now is rightfully worth it. YOU LEFT ME. creates a sense of foreboding using intense visuals and quick descriptors. If you’ve not played an Angela He visual novel, you’re certainly in for a treat. With stunning and artistic visuals, a fluid camera that lets you maneuver around the area, and a powerful narrative, this game is certainly worth checking out.

What are some of your favorite short visual novels? Let us know in the comments below!