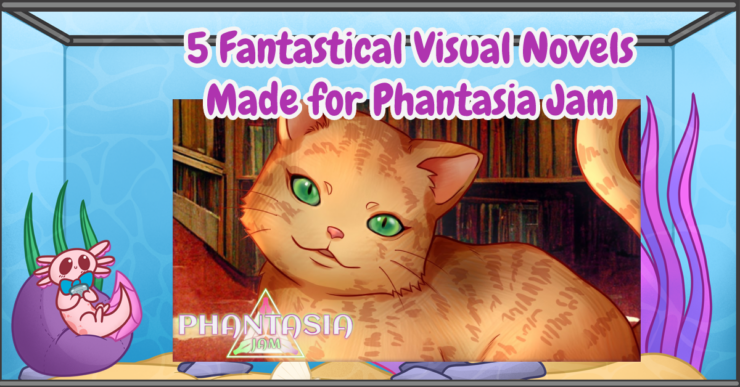 We’re taking a look at five noteworthy fantasy visual novels that were released for the first ever Phantasia Jam!

Phantasia Jam is a new game jam hosted by Cats on a Lilypad Studios and Two and a Half Studios, the creators of The Inn Between and The Divine Speaker, respectively. Phantasia Jam ran for three months from July to October. The only real requirement was that your submission had to be related to fantasy in some way.

We’re taking a look at some standout entries that were submitted!

And They Lived Happily Ever After by qb;studios

Phantasia Jam allows for any plot, so long as it falls under the hood of fantasy or the supernatural. And They Lived Happily Ever After is a unique and interesting addition to this list. It’s a retelling of the classic “Little Red Riding Hood” tale, with a twist. Red Hood was kidnapped as an infant by the Big Bad Wolf and rescued by the town’s chief. Now as a teenager, she begins to wonder if the town is painting the wolf in too harsh of a light. What I really love about this entry is that the game feels full of life. There is a rather big cast of characters, all living on a farm together, and they listen very intently to the story being told to them. I love their excitement and their wonder, reminding me of myself listening to fairy tales when I was younger. Though this is only a demo, there is a lot to look forward to in this interesting fantasy tale! 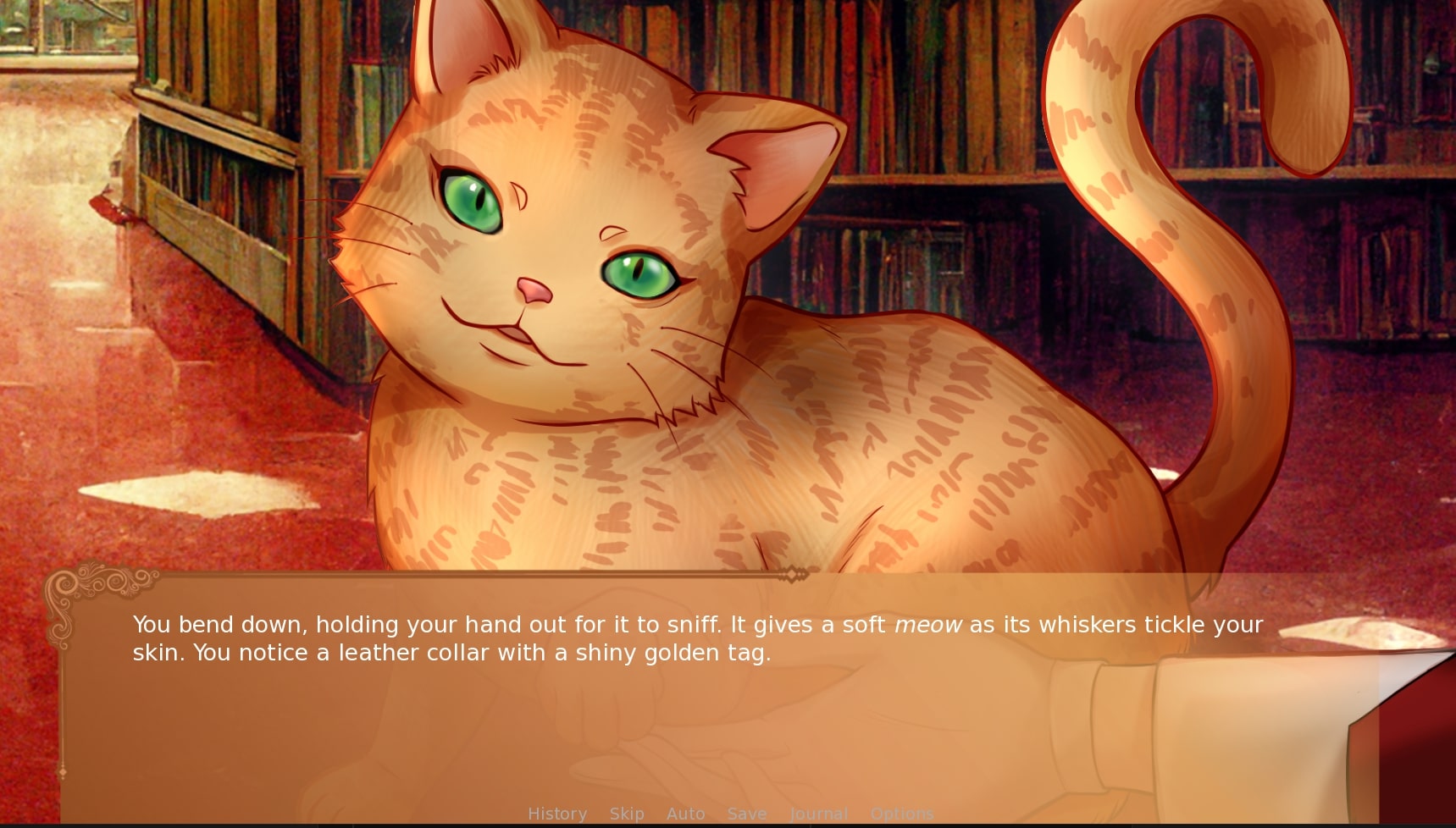 The Librarian is a free visual novel by TheChosenGiraffe. Its script is 20,000 words long, which should net you around two hours of playtime. In this game, the main character is meant to be a self-insert; though a sprite is provided, they remain faceless, and the story is told through second-person writing. I think The Librarian excels in worldbuilding and lore. You’re told about the world’s history in a natural way, without having exposition completely unloaded onto you. I really like that the devs were able to squeeze so much life into their world in such a short amount of time. Though this is a linear visual novel with choices meant only for roleplaying and immersion purposes, that doesn’t stop the tale from being engaging and fun. Plus, there are some interesting supporting characters, like a himbo dragon and a mysterious librarian. What mysteries will you uncover? PS: There’s a very cute cat in this one! 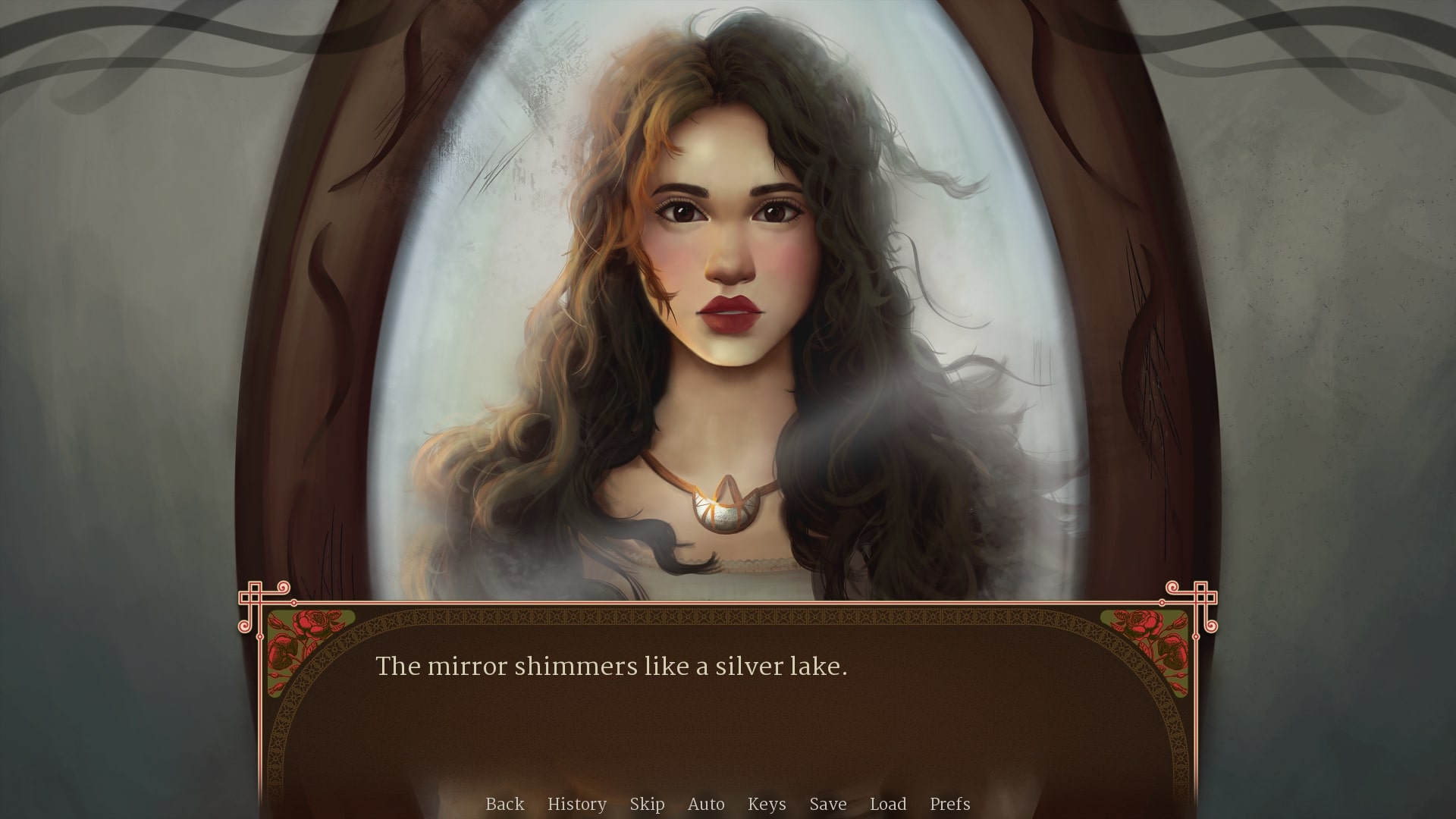 Vivica’s Heart by Cerise Makes is a suspenseful fantasy game with horror elements that was submitted to both Spooktober and Phantasia Jam. The game has since received an update and is worth either replaying or checking out for the first time. You play as a nameless protagonist; with no memories of who you are or where you come from, you’re tasked with a chilling mission: Do exactly as you’re told for someone who claims they know you. What will you choose to do? There are several decisions in this game that will lead to various endings. The game features a key system which allows the player to see the endings they’ve unlocked as gems on a necklace, which helps players determine what choice combinations to try next. Vivica’s Heart features stellar voice acting that adds to the game’s gripping atmosphere. With replayability and unknown possibilities, this is a great game to whet your appetite. 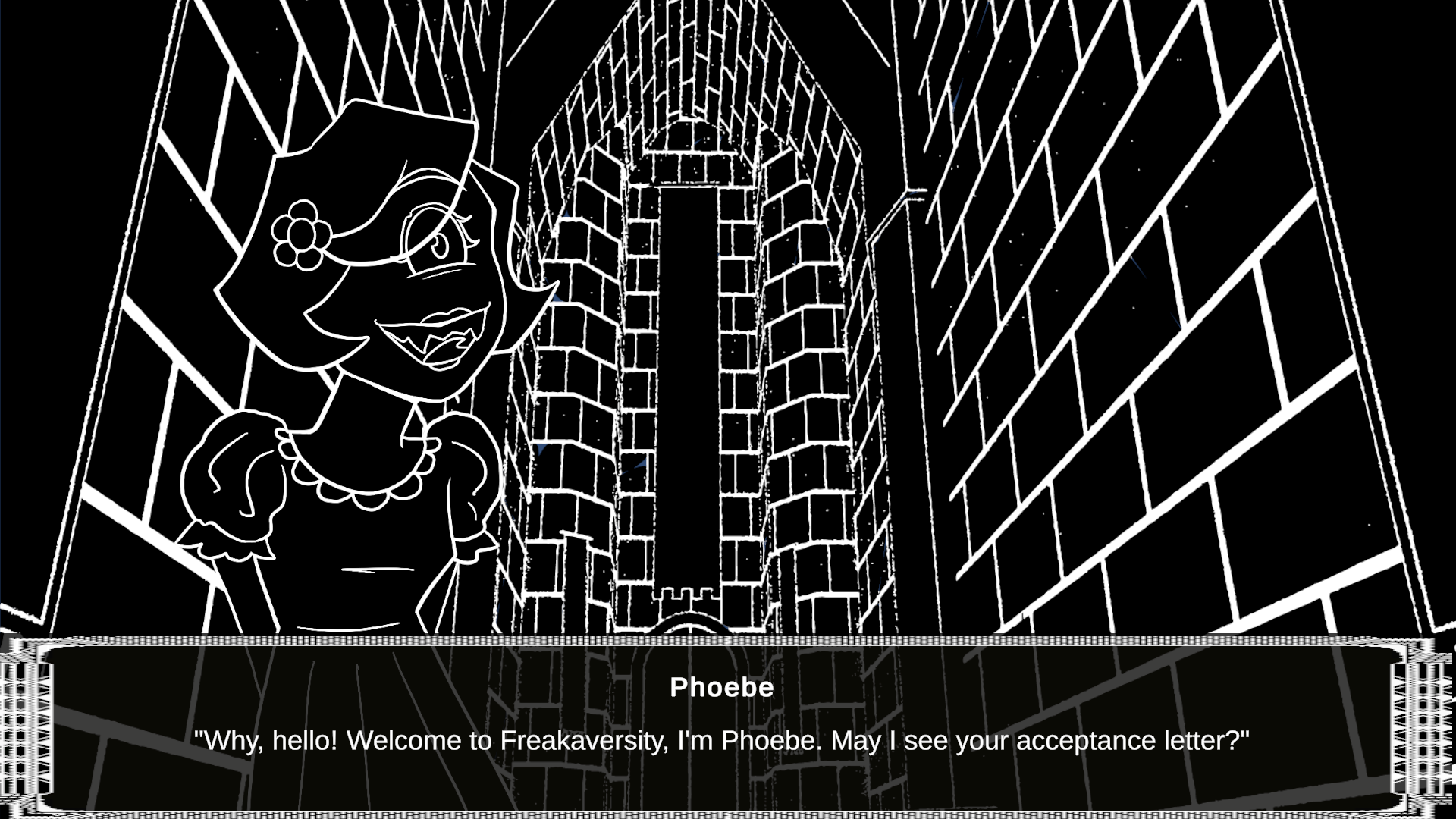 Freakaversity is another double entry to both Spooktober Jam and Phantasia Jam. I was thrilled to see it listed on the Phantasia Jam page, as it slipped through my view the first time.  This free browser-based visual novel is certainly a game you don’t want to overlook. You’re a new student accepted into the Freakaversity. You happen to be the only human, but who cares? You’re here to have a good time! This game features a very distinct black-and-white art style that catches the eye right off the bat. Despite the dark colors and addition of monsters, the story delivers a light tone with interesting (and even funny) choices. I especially love that the game is browser-based, because it’s easy to begin playing right away without any extra hassle. With its entry to Phantasia Jam, Freakaversity has received dedicated updates including typo and bug fixes, additional expressions added, and more. 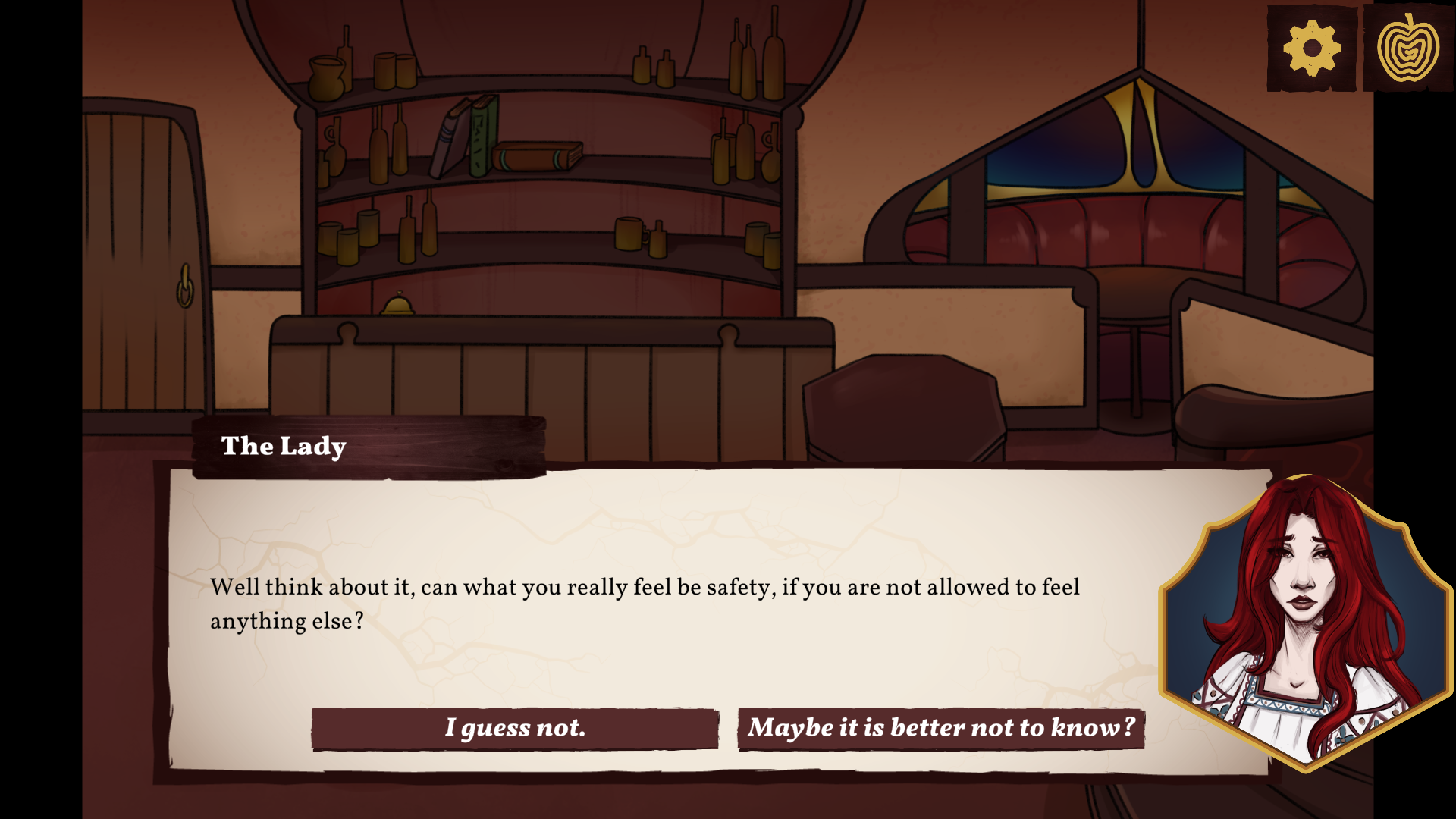 The Crimson Apple is a free visual novel with point-and-click elements. You enter a tavern called The Crimson Apple and help solve a mystery surrounding an enchanting woman. You’ll be able to click on different objects around the screen to either investigate them or move to another room. You’ll also be able to make conversational choices that determine how you interact with other characters. Will you free certain people, heal them, or stay away? The game’s demo is rather short; however, it is still worth checking out. The game features pretty art that blends in really well together to create a cozy fantasy setting. The music sets a suspenseful and eerie mood that illuminates the text. This game is only the beginning and the developer promises more locations to visit, more battles, and even more characters to meet.

Have you played any of the Phantasia Jam entries? Which is your favorite? Let us know in the comments below!